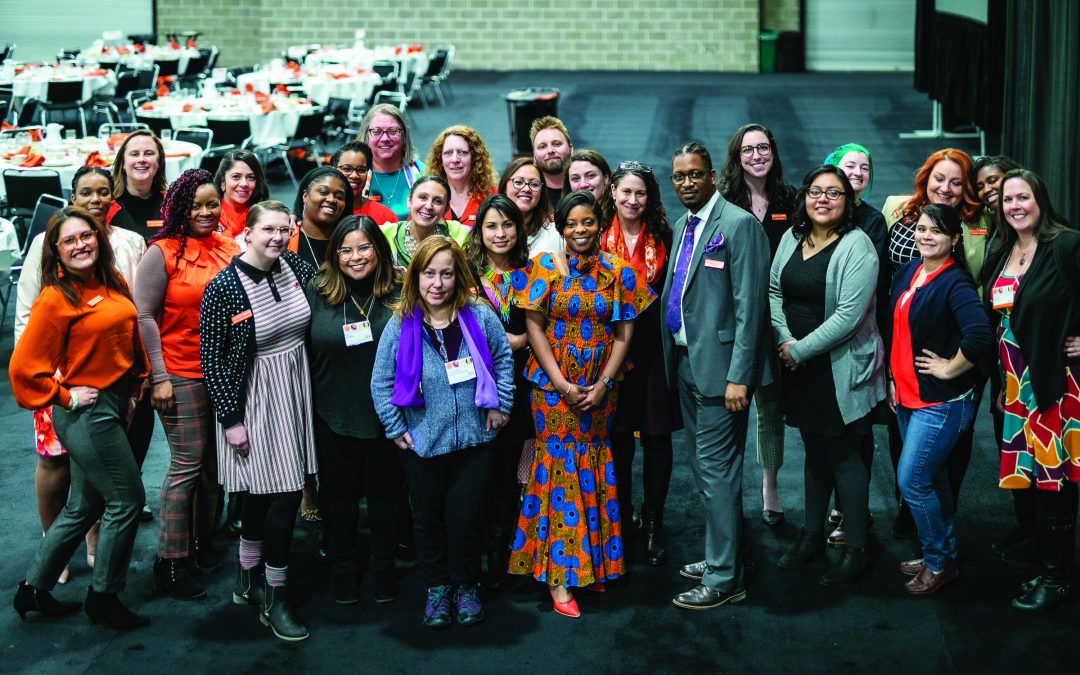 At what’s becoming one of the must-attend events of the year, close to 1,000 attended the 2020 YWCA Madison Circle of Women fundraiser on Feb. 19 at the Alliant Energy Center. The event celebrates the power of individual philanthropy and showcases the impact programs have had and how they’ changed lives.

This is the YWCA’s signature event, which was created to encourage philanthropy among the community, while providing an opportunity to network with others from diverse social, ethnic, economic, educational, and cultural backgrounds.

“Last year, we as a staff, took a look at who we are as the YWCA Madison today and through that we created values,” YWCA Madison CEO Vanessa McDowell said. “Those values are humanity, growth, community and restoration. In each of our major events this year we will be highlighting one of these values. Today, we are highlighting humanity as our theme for the day.”

McDowell, who uses an empowerment model that aligns with the mission of the YWCA Madison to eliminate racism and empower women, said humanity for others often shows up during tragedies. The future of humanity is in our hands.

“Life is too short not to see the humanity in one another and embrace each other,” McDowell said. “Today, my hope is that we’re not only able to see each other’s humanity in tragedy, but also in triumph.”

Hundreds of people are touched through all of the YWCA’s programs, from homeless families living at 101 E. Mifflin Street to the community engaging in conversations about race through its Racial & Restorative Justice programs. The largest provider of affordable housing to women in Dane County, YWCA is home to more than 450 women, children, and families each year.

Joyce Blackburn had been on the mend from a near-fatal accident when she then lost a dear friend. Both left her unable to remain financially independent in her home. The retiree feared she was destined for homelessness. Instead, she was led to the YWCA’s single women’s housing program, which has affordable apartments right off Capitol Square.

“I was alone and had no family here or friends at the time,” Blackburn said. “I was afraid that I would join other folks on the street. That was a reality for me. … Then someone mentioned, ‘why not try the YWCA?’ Before you knew it, I received a call, put my things in storage and here I am.

“I am grateful to have a home, a place that I can call home,” Blackburn added.

To learn more about what the YWCA has to offer visit ywcamadison.org.