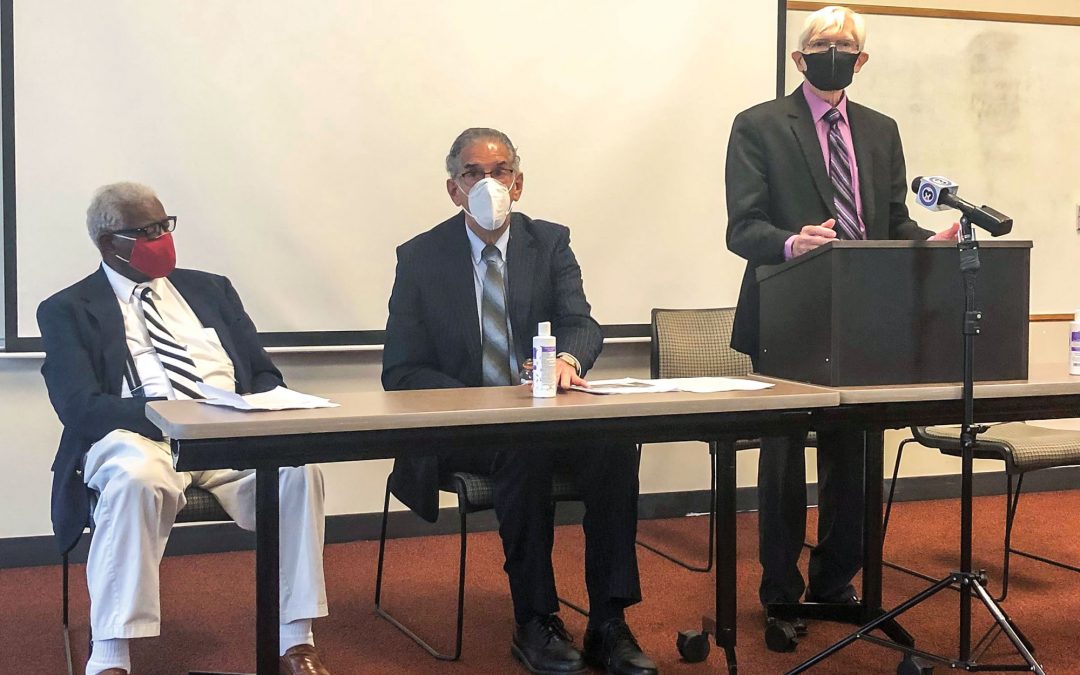 Dr. Richard Harris has spent more than eight decades in Madison. He attended the public schools, raised his family, and earned his Ph.D. in educational administration from the University of Wisconsin-Madison. The community civil rights activist has had a front-row seat to much of the city’s history and its love-hate tug-of-war with the Black community.

Despite the tremendous progress made by many African Americans over the past half-century, the Black community continues to experience disproportionate hardship on measures such as poverty, education and homeownership. Recently, Harris reached out to the African American/Jewish Friendship Group for assistance in measuring the hiring, promoting and retention practices of Black employees across Dane County.

In September, the Group began sending anonymous surveys to companies seeking specific data on the number of African Americans in their workforce who hold managerial positions and who serve on boards of directors.

“We can’t just have a Saturday afternoon ice-cream social, talk about these issues, and then everybody goes home,” said Harris, author of Growing Up Black in South Madison: Economic Disenfranchisement of Black Madison. “Those days are over.”

The purpose of the survey is to establish a baseline, in terms of racial diversity and equity, and develop a plan of action for future changes.

“For the last six years running, in different magazines, there were articles talking about how, for the white population of Madison, this is one of the greatest places in the world to live,” said Bruce Thomadsen, a member of the group’s survey committee. “Life is very different for the African American citizens.”

White residents still disproportionately outnumber their Black and Latino counterparts when it comes to obtaining good jobs, regardless of education they have obtained. Homeownership among Black residents stands at 10% in Dane County. That’s less than half what it is across Wisconsin as a whole and far lower than the national rate — 48% — of Black-owned homes.

“This was one of the impetuses for looking at the employment question, and why we took on this project,” added Thomadsen, a retired professor in medical physics. “We’re gathering information about African American employment, focusing particularly on supervisory, managerial and executive placement.

The efforts to compile the data is backed by city and county leaders, the United Way of Dane County, the Urban League of Greater Madison, 100 Black Men, and the NAACP, among others, said Jerry Sternberg, president of the African American/Jewish Friendship Group. Some of the survey question simply asks: How many employees are African American; If your organization has a board of directors, how many of the directors are African American?

“We are heartened by the fact that the community wants to partner with us in doing this survey and getting the information so we can do something meaningful with it,” Sternberg said. “Our overall goal is to get more African Americans in leadership positions. We are seeing some of that happening in the education fields and in banking, but we have two consultants willing to work with companies that identify as sorely lacking in diversity.”

The goal of diversity and inclusion initiatives is to create a workplace that accepts, supports, and values employees from all different backgrounds. The policies aren’t just good for employees’ wellbeing; it’s good for business, too.

“Many of the disparities that you have laid out here today, continue to exist,” said Dr. Ruben L. Anthony Jr., president and CEO of the Urban League. “There’s certainly more progress being made in the workforce at the entry level, as opposed to at the upper level.  We must begin to ask, so what is the next frontier? Well, the next frontier is to break down glass ceilings … because there’s a lot of diversity and culture that really needs to be brought into the managerial ranks.

“We know that we have work to do here, but this will give you a baseline to show where we need to start and how well we’re doing. So, as the Urban League president and CEO, I’m looking forward to seeing your results and hearing how much progress is being made,” Anthony added.

The African American/Jewish Friendship Group, Inc., a not-for-profit civic community organization, was founded in 1990 and it currently has 80 members. It is dedicated to bringing about social justice and equal opportunity for marginalized communities in Madison. The group was formed to strengthen the bond between African Americans and Jewish people in Madison.

The Group will release its survey findings by the end of the year.