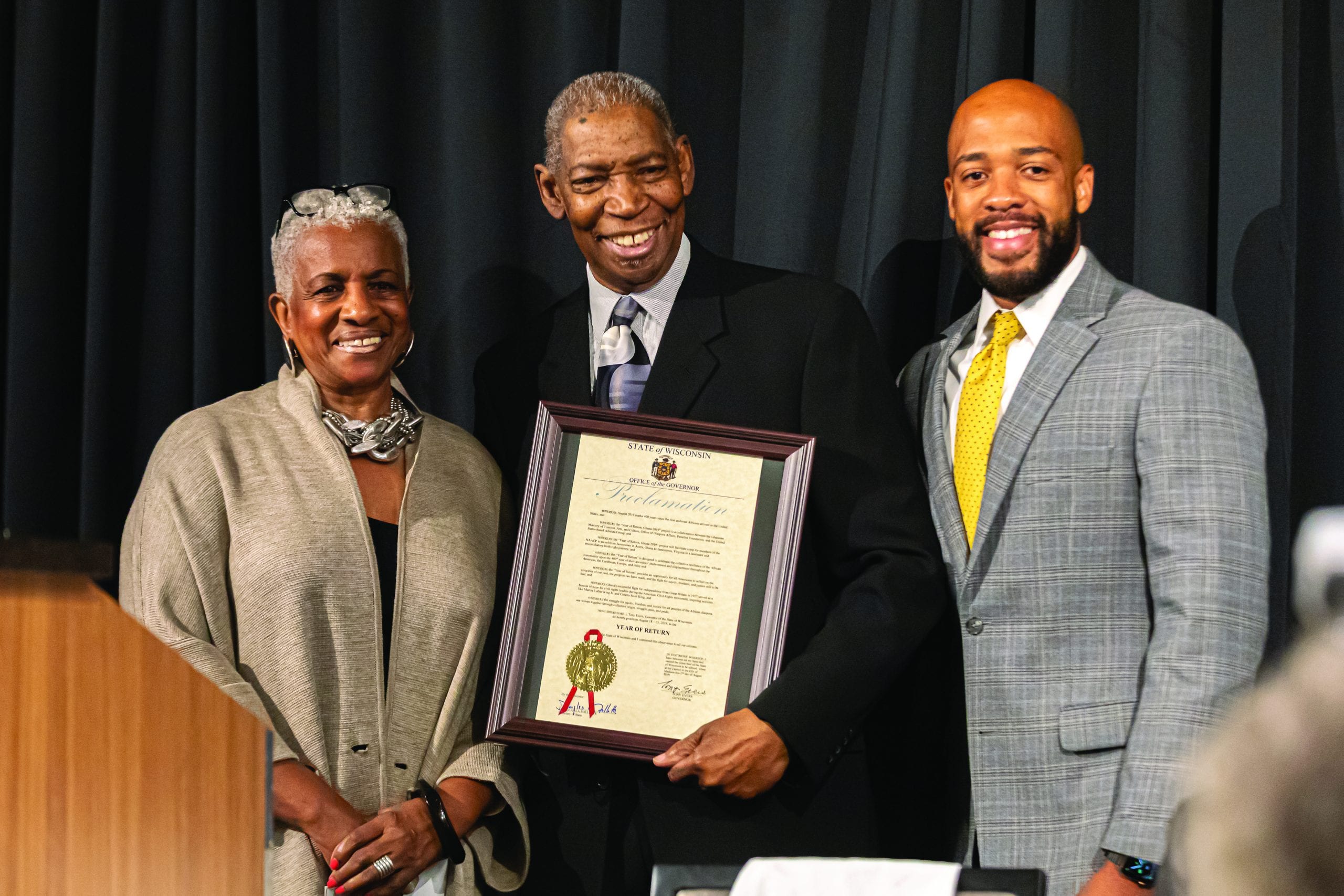 The Dane County Branch of the NAACP celebrated its sixth annual Freedom Fund Dinner on Saturday, Sept. 28 at the Madison Concourse Hotel & Governor’s Club. The dinner highlighted the work the local branch has accomplished in the last year, while setting the stage for a very intense 2020 calendar as the U.S. Census and elections begin to fill the public consciousness. This year’s theme, “When We Fight, We Win,” emphasizes the importance of standing up and being counted in what many believe will be the most crucial census count and general election in recent memory. Beverly Hicks, president of the Wisconsin State Conference of the NAACP, spoke to the vital role the NAACP holds in ensuring that everyone is counted. “We cannot sit idly and let things happen to us. We must lead the charge if we want to make a difference in this election. This is our time!” Hicks said to a capacity crowd.

The Dane County branch also recognized the 2019 ACT-SO competition participants, many of whom won medals on the local and national levels. The ACT-SO, or Afro-Academic, Cultural, Technological and Scientific Olympics, is a yearlong achievement program designed to recruit, stimulate, and encourage high academic and cultural achievement among African American high school students.

Five students represented the Madison area in the National ACT-SO competition in Detroit this July: Abdoulahi Bah, Danielle Crim, Yahya Jarju, Maurissa Powell, and Yasmin Trammell. Two students, Crim and Powell, went on to win silver medals at the national competition. Crim won for music composition, while Powell won for dance and ballet. During the dinner, each of the young women spoke about how the competition has helped changed their lives. Crim plans to study music composition in college and has also released her first self-produced CD. Powell, who thought that she would not be able to continue dance due to health issues, said that the competition provided her with the motivation she needed to get back to the craft that she loves. NAACP committee chairs also provided progress reports on their work over the past year. Ron Berger, chair of the Criminal Justice Committee, spoke about the work they did in the Alex Cook case, an affluent white defendant charged with sexual assault. Despite the initial 23 charges, Cook only plead guilty to five, receiving a three-year prison sentence.

The committee is working to understand the complex data behind sentencing disparities in Dane County. The Food Disparity committee, led by Gail Moore, worked to keep the Pick ‘n Save in South Madison from being closed due to proposed construction by SSM Health. Thanks to their efforts, in addition to South Madison United and Friends of Park Street, SSM Health abandoned their plans to demolish the store, leading Kroger Stores (owner of Pick ‘n Save) to extend their lease for three years. The city of Madison also announced it would be issuing an RFP for construction of a new grocery store for the South Park area. The dinner was keynoted by Lt. Governor Mandela Barnes, who talked about the importance of working as a united community in these troubled times.

“I cannot take one step alone; I must [include] those who are around me,” Barnes said. “I didn’t get elected alone, I didn’t advocate alone, and I won’t start now.”

Barnes highlighted the work that can happen when the community has a seat at the table. “Decisions are made differently when your voice is heard and involved in the process,” the lieutenant governor said.

Barnes, Wisconsin’s first Black lieutenant governor, also delivered a proclamation from Gov. Tony Evers, marking 2019 as the Year of the Return, the 400th anniversary of the arrival of African slaves to the United States. To learn more about the Dane County NAACP or how to become a member, visit naacpofdaneco.org.