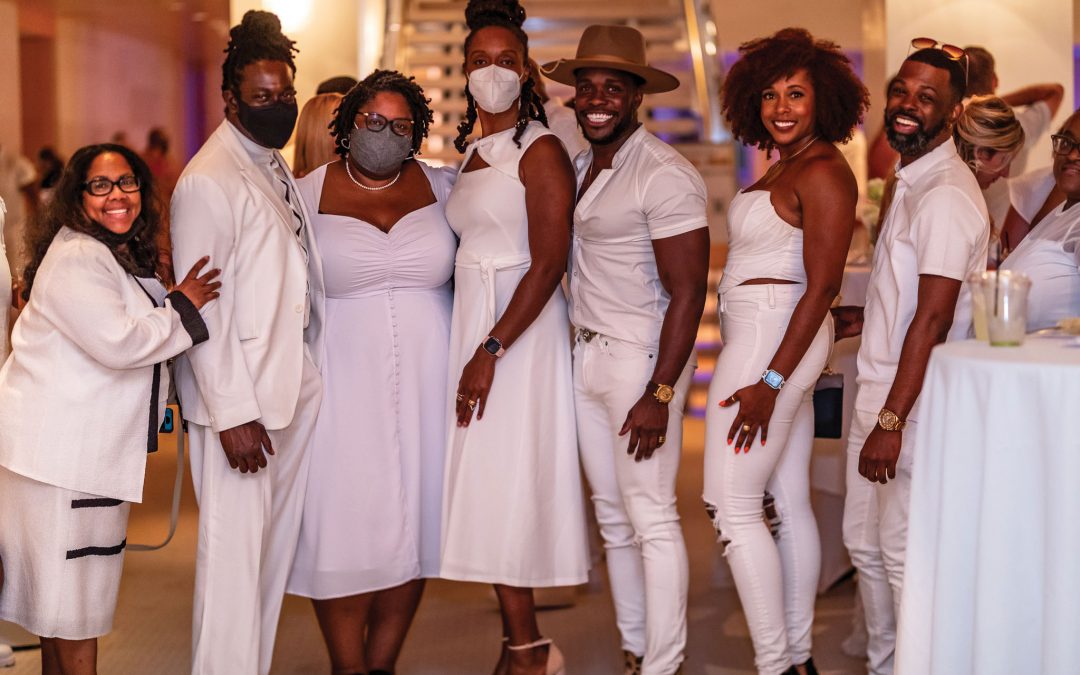 A sense of lively energy and community washed over the Overture Center as hundreds of guests clad in white attended the Boys & Girls Club of Dane County White Party event on Saturday, July 16. The event featured musical performances from a star-studded lineup of Black artists, including Gladys Knight, Dru Hill and After 7 in celebration of the 20th anniversary of Move4BGC, an annual campaign organized by the Boys & Girls Club of Dane County.

Move4BGC was designed to promote an active lifestyle while raising money to support different pathways for youth. This year, the Boys & Girls Club of Dane County achieved their goal of raising $700,000 with a day of activity beginning with a bike ride, marathon and yoga event and concluding the night with the Gladys Knight concert and White Party celebration.

Vice President of Workforce Development Alan Branch said the funds raised from this year’s event will specifically go towards the Dane County Boys & Girls Club college preparatory program, in addition to the McKenzie Regional Workforce Center, a program focused on providing a skilled trades education to young adults with an emphasis on diversity.

“It’s very important because of the shortage of workforce return rates and the lack of diversity in the workforce, particularly among black and brown kids,” Branch said. “This event is going to help us provide that resource to those kids here in the Madison community.”

President and CEO of the Dane County Boys & Girls Club Michael Johnson explained that he and his team worked diligently over the course of just six weeks to create a meaningful, large-scale event to commemorate the 20th anniversary of Move4BGC.

After calling friends from all over the country, Johnson said he believed the event was a success due to the large turnout of guests and hearing the joy that individuals of all ages expressed to him upon attending the event.

“One moment, I teared up,” Johnson said. “When I looked at the number of people that were in that room and said, ‘Man, six weeks ago, this was just a thought on paper.’”

Upon reflecting on the event, Johnson noted that one of the most significant aspects of the event was the ability to raise funds for those who will benefit from the Boys & Girls Club.

“One hundred percent of all the ticket sales, every penny of it, went to our charity, and we found donors to cover every expense,” Johnson said. It didn’t challenge any resources and went to our kids.”

For many guests, the White Party event was a testament to their roots as many grew up listening to Dru Hill and Gladys Knight.  One guest, Sharon Hardiman, explained that she felt safe and appreciative of the fact that the event largely catered to Black individuals.

“Madison does not typically have events of this magnitude for the Black community,” Hardiman said.  “This event is such a huge moment that people will never forget. We will be talking about it for years to come.”