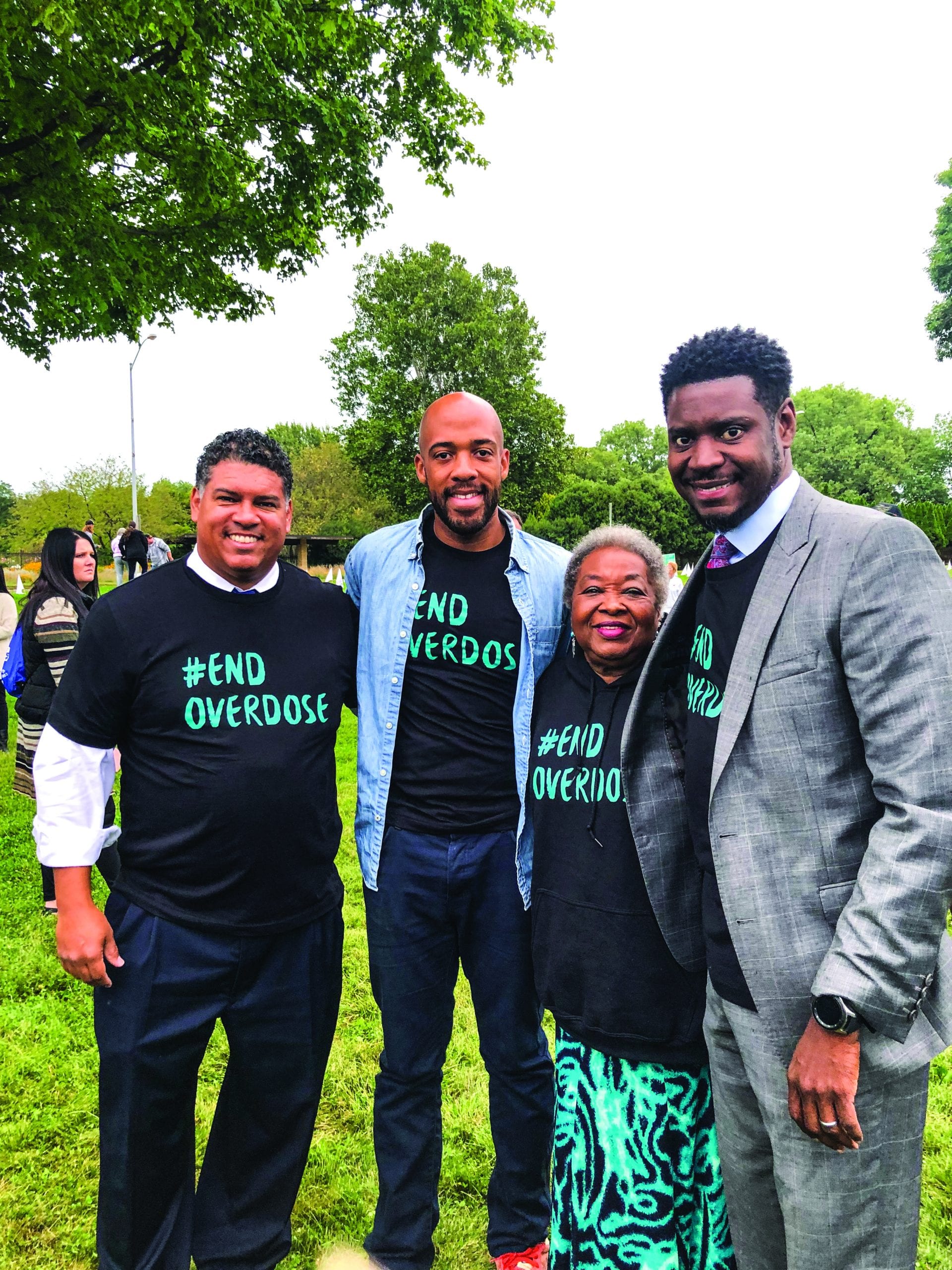 Madison Raises Awareness About Drug Overdoses and Those Left Behind The memorial event on Aug. 31, titled “Your Light Still Shines,” is a day set aside around the globe to spread awareness and reduce the stigma surrounding drug-related deaths,  while acknowledging the grief felt by families and friends.

It was also a time to instill renewed hope for a better tomorrow. “The opioid crisis is having a detrimental impact on our families and other marginalized communities across Wisconsin,” Barnes said. “Here in Wisconsin, opioid deaths among African Americans have tripled over the last 10 years with nearly 100 people dying in 2017 alone.

“We have to ask ourselves, how are we letting this happen? Here in Dane County and throughout Wisconsin we have to make sure resources are available to all families and all communities regardless of zip codes. We have to also recognize addiction for what it really is – It’s an illness not a crime. An illness that rips families apart and drives barriers through relationships and devastates communities.”

Barnes pointed out that many people who are addicted to drugs also struggle with other mental disorders, including anxiety and depression. Some people develop mental health problems related to their compulsive drug use, and some people take drugs to alleviate symptoms of mental health disorders.

Historically, communities of color experience unique and considerable challenges in accessing mental health services. The results are fatal. A reported 28 African American residents of Dane County died from a drug overdose during 2014-2016; and 90% of those deaths involved an opioid, according to the Public Health Madison & Dane County.

“There’s a quote by Dr. Martin Luther King Jr. that says, ‘There comes a time when silence is betrayal,’” Mitchell told the crowd. “And the silence that has happened around the opioid crisis is so maddening to me because so many people whose lives have been impacted by the pain, the heartache and the terror of losing loved ones who are not bad people or evil … but men and women who got caught up in the diseases.”

Mitchell, who also serves as pastor at Christ the Solid Rock Baptist Church, says he often witnesses families caught in the thrones of addiction. He urged everyone to shed light on the crisis.

“We can’t just sweep this under the rug,” the judge said. “Our men and our women in our communities need our support, prayers, love, and sympathy.” More than 300 white flags with hand sketched messages and names to honor loved ones lost stretched along the 3500 block of Atwood Avenue. The flags represent people who have died in Dane County from opioids, including prescription painkillers such as OxyContin and Vicodin, or illegal drugs such as heroin and illicit forms of fentanyl.

Drug addiction has devastated Black communities for decades, and in recent years, the national opioid overdose death rate has been increasing more quickly among Black populations than among white ones. So, when Charlie Daniel looked at the hundreds of participants in the park that night, she shook her head in disappointment that a handful of African Americans showed up.

“We hide too much,” said Daniel, who gleefully introduced the guest speakers as her “adopted” sons. We need to bring this disease out of the closet. We need to. We can’t keep this in the closet any longer.”

Bethany Matson was there. Holding a clear bubble umbrella, the 36-year-old Madison resident bravely stood shoulder-to-shoulder with other survivors. She held a lit candle to place near the flag of her father who she lost to a drug overdose on June 3.

“My father recently passed away after having a lifelong battle with drugs and alcohol which is what contributed to his death,” Matson said. “I’m here to pay homage to that and the loss of that relationship because it impacted our ability to really have a strong relationship. I’m here to pay my respects in a way.”

Matson found solace among the strangers.

“I find this (event) comforting just seeing how these things impact so many people,” Matson said. “It’s easy at times to feel like you’re in a bubble. There can be a lot of embarrassment and shame until you see so many other people experiencing the same thing.”

To learn more about Safer Communities and the African American Opioid Coalition, visit the website at https://safercommunity.net/ or call (608) 441-3060.