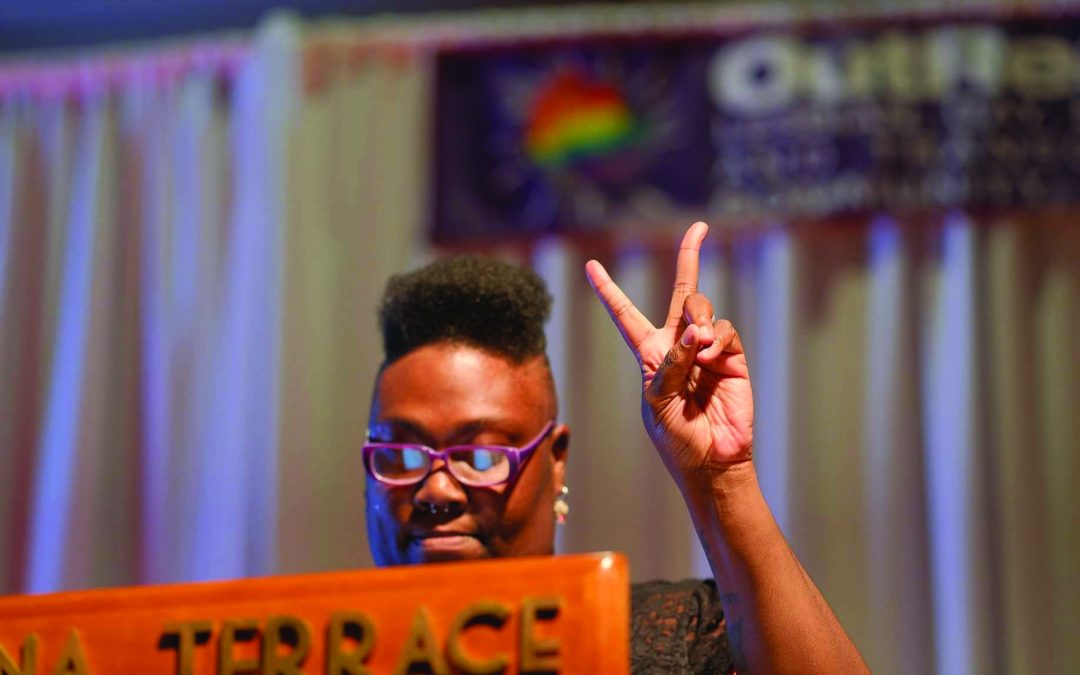 When it comes to voting, Davette Baker isn’t new to this. She’s true to this.

Her mother made clear the sacrifices that were made by those who came before us, so that those who came after them have the right to exercise their political muscle. Plus, Baker knows her very life depends on it.

So, when poll workers at Milwaukee’s Mary Ryan polling station tried to keep Baker from voting in the 2016 primary election, because of the address on her photo ID, they didn’t know what they were in for.

Interfering With The Right to Vote

“They told me I can’t vote,” she explained. “And, I said, what do you mean, I can’t? They said my address on my ID didn’t match what they have on their books. I told them that it didn’t have to. They said it did. I told them that the face and the picture have to match the name in the book, not the address.”

The three poll workers adamantly refused to give Baker a ballot, so she sat down on the floor in protest. Unbeknownst to them, Baker knew her rights because she already had four years of organizing experience behind her.

An election commissioner who knew her happened to walk in, noticed the standoff, and informed the all-white poll workers that Baker was correct.  Baker, an African American Milwaukee native raised in Ward 104 near the Sherman Park community, became voter No. 77 that day.

The situation irked her, adding that communities of color have historically been underrepresented in the voting booth, with devastating consequences. And voter intimidation is just one cause.

“My worry was how many other people did this happen to before I went to vote and after I went,” said Baker, who earned BA is women’s studies from the University of Wisconsin-Whitewater and holds a master’s degree in mental health.

Nowadays, Baker is the regional organizing director, South Central Region for the Human Rights Campaign. A newlywed and Madison resident, she also recruits and trains volunteers to do canvassing and phone banking.

“I’m dedicated to getting out the black and brown vote in Wisconsin,” said Baker, a self-proclaimed introvert. “I come from a family of sharecroppers who endured Jim Crow and moved to Wisconsin for a better life. They were changemakers and noisemakers and people seeking the good in this life.

“My heart is dedicated to making sure people vote and that they have access to voting the best way I know how with the resources I’ve been given. …  My mom told me to leave this Earth better than when you got here. That’s exactly what I’m going to do,” Baker added.

Voting is a sacred right. The year 2020 marks the 100th anniversary of the passage of the 19th Amendment, guaranteeing and protecting women’s constitutional right to vote. It’s also the centennial celebration of the League of Women Voters of Wisconsin, which serves as a nonpartisan election resource.

“One of the founders of the National League of Women Voters is from Wisconsin,” according to Eileen Newcomer, voter education coordinator for the state’s League. “Carrie Chapman Catt is from the Ripon area.”

The League assists voters in knowing and understanding voting rights.

For instance, did you know that anyone can vote by mail? An absentee ballot is not just for people out of town. It’s convenient and guarantees you’ll “turn out” to vote. An application for Vote by Mail Ballot must be submitted by mail seven days before the election or in person the day before. You can find more info about voting absentee here: https://elections.wi.gov/voters/absentee.

“Wisconsin is one of the states that has the highest voter turnout in the country,” Newcomer said. “In the 2018 midterm elections, we had higher turnout than other states have had for their presidential year elections.

“I think what helps that is Wisconsin has election day registration. So, people can register to vote and go and vote all on the same day. That’s a really important to have.”

Baker says there’s still much left to do. Raised by a Milwaukee Public Schools schoolteacher and a United Methodist preacher, Baker hopes more minorities will step up and serve as poll workers.

According to the American Civil Liberties Union, here are examples of voter intimidation:

Federal law, and many states’ laws, prohibit voter intimidation. Federal law makes it clear that it is a federal crime to “intimidate, threaten, [or] coerce … any other person for the purpose of interfering with the right of [that] other person to vote or to vote as he may choose.”