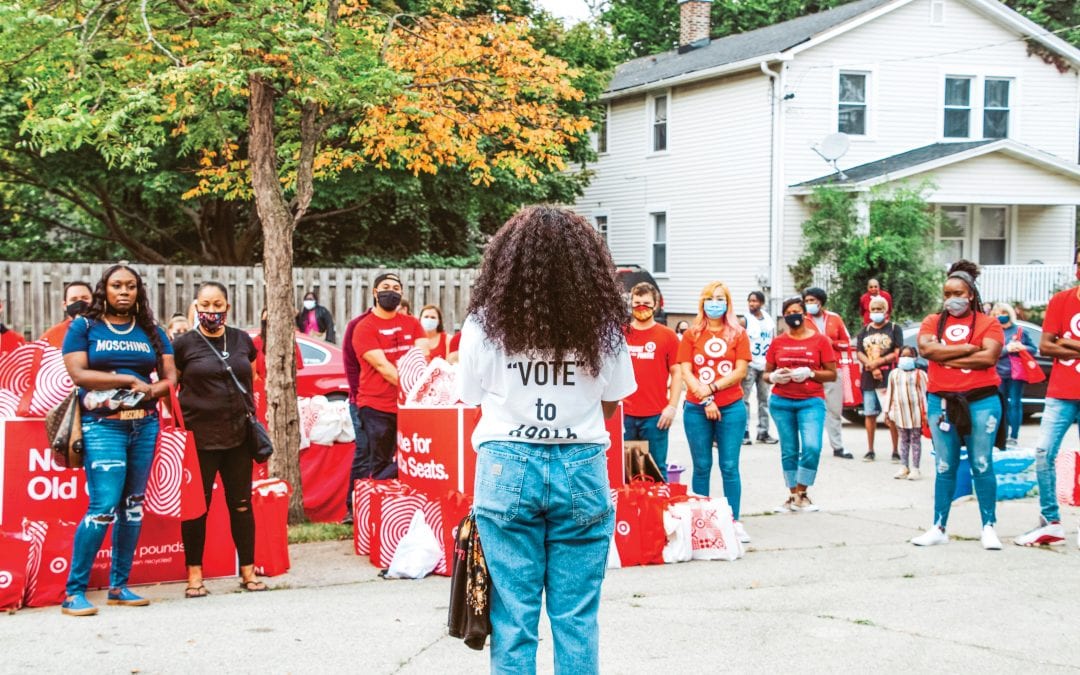 The Urban League of Racine and Kenosha held a block party on Sept. 26 to promote increased voter turnout on Election Day.

The Urban League of Racine and Kenosha held a block party on Sept. 26 to promote increased voter turnout on Election Day.

The “Time For Change Block Party” provided voter registration and early-voting education, along with COVID-19 testing. Organizers said: “We can no longer allow our communities to be oppressed by flawed systems designed to silence our cries for equality and justice. Now is the time to come together and lift our voices to demand real change not only in our community, but in all of the systems our lives are governed by.”

Getting people registered to vote for the first time was the goal of the block party.

“We had such a fun time registering voters and connecting with the community this Saturday at the Time for Change Block Party.  We successfully registered 50% of event attendees! A huge thank you to everyone that helped make the event a success,” said James Hall, the interim president and CEO for the Urban League of Racine and Kenosha.

The Block Party registration drive was also a time to aid community healing. It’s been a month since unrest was sparked after Jacob S. Blake was shot seven times in his back by a white Kenosha policeman. Three of Blake’s children were in the backseat at the time. The shooting has left the 29-year-old man paralyzed from the waist down, according to family and attorney reports.

Blake’s uncle, Justin Blake, attended the event right in the heart of the city. It included a band, barbecue, family fun, and some giveaways.

Kendra Koeppen-Mulwana, vice chair of the Urban League of Racine and Kenosha, photographed the Time For Change Block Party and shared some of the images with UMOJA Magazine.