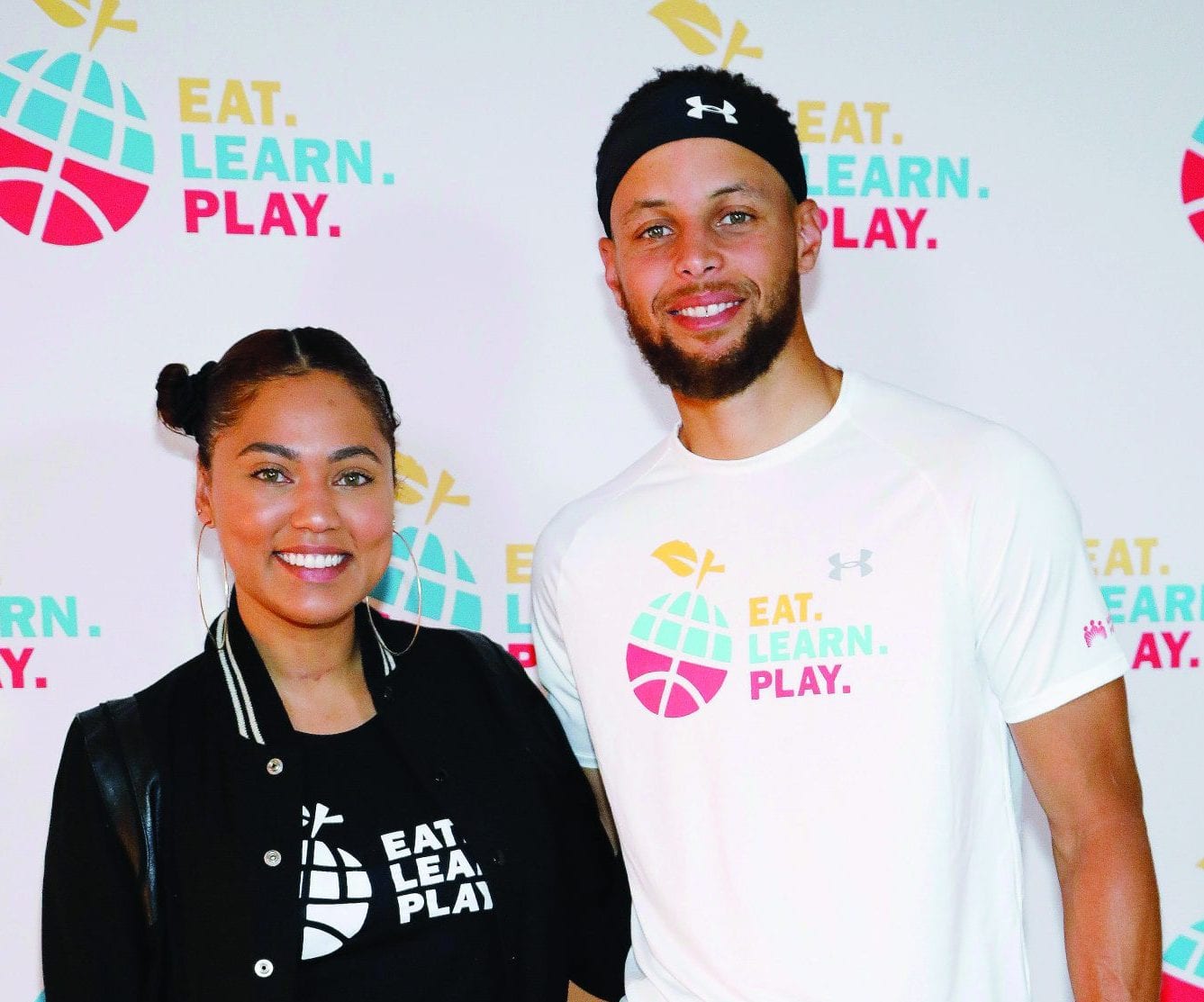 Angela Trudell Vasquez is Madison’s first Latina poet laureate. She will hold the volunteer position from Jan. 20, through Jan. 16, 2022, according to the Madison Common Council.

The Madison Arts Commission reviewed all the nominations for poet laureate at their October 2019 meeting and made their recommendation based on the poet’s productivity as a public poet, community and youth education, as well as her literary accomplishments. Trudell Vasquez is a third generation Mexican American from Iowa. She earned an undergraduate degree at Drake University and received her Master of Fine Arts from the Institute of American Indian Arts in Santa Fe, New Mexico. She has built strong connections with the poetry community in Milwaukee while living there and is building a similar community in Madison.

“It is clear that Angela Trudell Vasquez will be a great advocate for poetry in Madison and will put her own mark on the Poet Laureate Program,” said Madison Arts Commission chairperson, Kia Karlen.

Mayor Satya Rhodes-Conway approved the selection of Trudell Vasquez to be the seventh poet selected as the city’s poet laureate. Trudell Vasquez’s first reading is scheduled at 6 p.m. on Feb 6 in the A Room of One’s Own Bookstore.

According to NPR, not even Gary Bettman knew the name of the first Black hockey player in the National Hockey League when he became league commissioner in 1993.

Bettman has since hired Willie O’Ree, who broke the NHL’s color barrier when he skated for the Boston Bruins in 1958, as a league ambassador, part of what the league is doing to make its game more diverse.

The NHL was the last major U.S. sports league to integrate and still the whitest. Just 92 other Black hockey players have followed O’Ree onto NHL teams. This season, just over 2% of the league’s 775 or so players are Black. That compares to 70% of pro football players and a 41% diversity mark in Major League Baseball.

The NHL is taking steps to highlight the history of Black athletes in the game, trying to create more interest in hockey among minorities while continuing to respond to racial incidents.

The Foundation for Black Women’s Wellness hired local non-profit executive Janine Stephens who will serve as the organization’s Chief Operating Officer. Stephen, who will start the role on Feb. 17, will become the Foundation’s second full time employee.

Stephens joins the Foundation at a time of expansion and on the heels of the opening of its new Black Women’s Wellness Center on Madison’s west side. The Center was made possible by the support of local donors, and a successful fundraising campaign last spring that won the organization’s recognition as a national GoFundMe Hero by the San Francisco based crowdfunding platform.

Lisa Peyton-Caire, who is the Foundation’s CEO and president, launched the organization in 2012 and has led it since that time with the support of a working board and a legion of committed volunteers, lauds the addition of Stephens as a major win for the non-profit as it positions itself for growth and greater impact.

“We are beyond excited and elated to welcome Janine to our team and at such a critical time in our organization’s development,” said Peyton-Caire. “She brings talents and experience that will be central to strengthening our capacity to broaden our reach and fulfill our commitment to transform Black women’s health.”

He Called Himself the “Black Edison”

Garrett Morgan blazed a trail for African American inventors with his patents, including those for a hair-straightening product, a breathing device, a revamped sewing machine and an improved traffic signal.

With only an elementary school education, Morgan, born in Kentucky on March 4, 1877, began his career as a sewing-machine mechanic. He went on to patent several inventions, including an improved sewing machine and traffic signal, a hair-straightening product, and a respiratory device that would later provide the blueprint for WWI gas masks. The inventor died on July 27, 1963, in Cleveland, Ohio.

Morgan’s patented sewing machine paved the way to his financial freedom, albeit in a rather unorthodox way: In 1909, Morgan was working with sewing machines in his newly opened tailoring shop — a business he had opened with wife Mary, who had experience as a seamstress — when he encountered woolen fabric that had been scorched by a sewing-machine needle. It was a common problem at the time since sewing-machine needles ran at such high speeds. In hopes of alleviating the problem, Morgan experimented with a chemical solution to reduce friction created by the needle and subsequently noticed that the hairs of the cloth were straighter.

After trying his solution to good effect on a neighboring dog’s fur, Morgan finally tested the concoction on himself. When that worked, he quickly established the G.A. Morgan Hair Refining Company and sold the cream to African Americans. The company was incredibly successful, bringing Morgan financial security and allowing him to pursue other interests.

Michael Jackson, whose 15 years of experience in sales, marketing and business development includes the past three years as chief marketing and development officer at Northwestern Mutual, will join the Wisconsin athletic department as an associate athletic director, UW Director of Athletics Barry Alvarez announced in January.

Jackson, who started the new role on Jan. 13, was responsible for leading the marketing and growth strategy for Northwestern Mutual’s largest geographic region, which includes a team of more than 125 financial full-time advisor teams. Collectively they have more than $30 billion of life insurance coverage in force and manage nearly $7 billion in assets under management.

“It is an honor to have been a part of such memorable teams and moments in Badger history, and it has brought great joy watching the department grow to become one of the most prominent in all of college sports,” Jackson said in a press release. “I look forward to working with Coach Alvarez, his team of great leaders, and the larger UW-Madison community as we embark on a journey toward even greater heights.”

Jackson is a former two-sport student-athlete at Wisconsin, where he was a member of Big Ten champion basketball and track and field teams. He also earned numerous accolades across campus in various leadership positions such as student government and several registered student organizations. He earned an MBA from the Wisconsin School of Business with a concentration in brand management. During his tenure in graduate school, he served as the co-chair of the UW Diversity Plan, which was a campus wide initiative to update the school’s diversity & inclusion strategy. Active in the community, Jackson is a former volunteer of the year recipient at the Boys & Girls Club of Dane County.

Aaron Perry has been named one of Time magazines “50 Most Influential People in Health Care.” He is a Wisconsin Innovation Award Winner. In March, Perry will be honored in Men’s Health magazine as “One of the Five Global Leaders Changing the World in Health.”

The list, which is compiled by TIME’s health reporters and editors, recognizes people who changed the state of health care in America. Perry has made it his steadfast mission to improve Black men’s health and to squash racial disparities in so many different health-related categories is well-known in Madison.

Perry is the founder of Rebalanced-Life Wellness Association which is responsible for launching the Men’s Health and Wellness Center inside of JP Hair Design, the largest Black barbershop in Dane County. The Center is a new innovative health model for reducing health disparities that works with businesses, corporations, community-based organizations, health educators and the faith community to create an awareness of the major health concerns affecting African Americans and to actively promote a healthier lifestyle. African American males today are experiencing a health crisis. The center works with hundreds of men, for free, to actively combat that crisis.

“On September 11, 2005, I completed the Ironman Triathlon becoming the world’s first and only African American diabetic still today to do so,” Perry said in a Facebook post. “Little did I know some 15 years later, I would receive global recognition for the many health initiatives I have been blessed to lead.”

Perry’s work has reached the national spotlight. He is also the national director for Health Wellness and Disease Prevention for Black Men Run.

Ayesha & Stephen Curry’s Foundation Is Helping to End Childhood Hunger Across the U.S.

The Curry’s became the first National spokesfamily for No Kid Hungry, a national movement to end childhood hunger across the country. The partnership allows the duo to expand their mission of providing children with access to healthy food and a quality education. Since 2015, the Currys have been working to serve children and families in the Bay Area. With this new partnership, they will invest in programmatic offerings and hope to use their voices to advocate across the state of California, raising “national awareness, funds and public will for the 1 in 7 American kids currently living with hunger.”

Ayesha Curry spoke about the importance of the partnership saying, “Being a mom, it’s extremely hard to accept that there are kids who aren’t getting enough to eat. When I began working with No Kid Hungry, I knew right away they were making a difference in kids’ lives. It was only natural they’d be our perfect partners to help make sure kids in Oakland, and throughout the country, get the nutritious food they need.”

The three-time NBA Champion and his restaurateur wife kicked off the partnership in December. The organization set a goal of raising 10 million meals for hungry children before the end of 2019 and the Currys vowed to match every donation to No Kid Hungry, helping to provide up to 2.5 million meals for children during the holiday season.