Announcements by the companies that own Aunt Jemima pancake mix, Uncle Ben’s rice, Eskimo Pies ice cream bars, and many others, that they will be “retiring” brand names and visual identities that are considered offensive to many is just one more reminder of how “entangled” brands and consumers have become.

The unrelenting outcry over the death of George Floyd, and other recent deaths of African Americans, has accelerated long overdue actions by many brands that are now evaluating their own responsibility for systemic racism. It is also illustrative of the acceleration and intersection of three powerful trends, trends that were already underway, at this particular moment in time. It’s the intersection of brand Relevance, brand Purpose and brand Symbolism. And marketers better pay attention, because consumers are definitely paying attention.

Brands Matter and are Relevant. First, as I have opined in my book, in articles, webinars, podcasts and in social media posts, brands matter, they remain very Relevant to consumers. That’s a conclusion that we can see illustrated in consumer behavior all around us. However, to be fair, there is a school of oppositional thought holding that brands are in decline because we don’t need them anymore to help us make purchase decisions.

That’s because the internet provides us with readily available product information and product reviews at the click of a button and, therefore, we don’t need brands to drive trust in product quality or to make purchasing easier, which was always their reason for being. But to me it seems that, in a bit of a cultural paradox, we have less time to make buying decisions and we are overloaded with information and, therefore, despite how complicated brand messaging is today, brands are actually getting stronger—smart brands that is.

Brands that know how to get their message across in the new ecosystem of marketing and communications. And, as we search for our favorite branded products during the pandemic (finding Charmin or Bounty at the supermarket is like winning the lottery), it would seem that brands really matter to consumers.

The leader of the University of Wisconsin–Madison’s diversity and inclusion efforts is departing for an opportunity at another institution.

Chief Diversity Officer and Deputy Vice Chancellor for Diversity and Inclusion Patrick Sims will depart later this summer to become the executive vice chancellor and provost at the University of North Carolina School of the Arts, a top-ranked creative and performing arts conservatory in Winston-Salem, N.C.

Sims has served as UW–Madison’s chief diversity officer since 2013, first on an interim basis and then permanently since May 2015 when he was named vice provost for diversity & climate. He was later promoted in 2018 to the role of deputy vice chancellor, when he was named the inaugural Elzie Higginbottom Vice Provost and Chief Diversity Officer, the first endowed CDO position in the nation.

“We have worked hard and successfully over these last seven years to help make UW a better place,” Sims says. “Although this work is never finished, I will miss the many talented and committed colleagues and programs that are making a difference in the lives of our community.”

“I am also grateful for and humbled by the opportunity to join one of the nation’s premier performing arts conservatories at this critical time in our nation’s history,” he adds. “I look forward to highlighting the vital role the arts can play in our society and their impact on our sense of humanity.”

Sims joined the UW–Madison faculty in 2004 as a professor in the Department of Theatre & Drama. He developed the Theatre for Cultural and Social Awareness interactive training model that dramatizes sensitive subject matters for universities, corporations and nonprofit organizations.

In addition to oversight for institution-wide diversity efforts, Sims oversaw the Division of Diversity, Equity & Educational Achievement (DDEEA), which includes programs like the PEOPLE Program, Posse Scholars (of which UW is the largest partner institution), the Center for Educational Opportunity, McNair Scholars Program and the First Wave Program, the first scholarship program of its kind in the country to emphasize the aesthetics of hip hop as the foundation for scholarly engagement.

The Madison College District Board of Trustees has approved a resolution that denounces systemic racism in all its forms and affirms the District’s commitment to Black students and all students of color who have been subject to overt and passive forms of racism. The Board also reaffirmed the college’s mission to serve the evolving needs of all of its diverse communities.

The resolution goes on to state that the District will strive to develop people who practice and uphold the American ideal of equal justice under the law for all people, including Black Americans – citing the police-related deaths of George Floyd, Breonna Taylor and Tony Robinson.

The Board’s resolution proclaims that Black lives matter and systemic racism is a continuing threat to Black Americans and other people of color that is not acceptable and can no longer be tolerated. It says the District will work alongside of those in the struggle to dismantle systemic racism that exists in our educational institutions – including Madison College – and that the effort will need the participation and active involvement of White people.

The Board concludes its resolution by saying Madison College will advance and implement sustainable systems and practices that prepare and support all students with their development and growth.

The Madison Metropolitan School District (MMSD) Board of Education announced in July the selection of Dr. Carlton D. Jenkins as the district’s next superintendent of schools. Jenkins, a University of Wisconsin-Madison graduate and former MMSD employee has been serving as the superintendent of the Robbinsdale School District in New Hope, Minnesota, a suburb of Minneapolis.

“I am honored and humbled to be selected as the new superintendent of the Madison Public School System, and I am excited to be returning home to Madison and the MMSD family,” Jenkins said in a press release.  “With this role comes a tremendous responsibility, and although there are challenges we face as a school district, through community engagement and support for schools and teachers, we will work hard to ensure that all of our students are at the center of everything we do, and that the district remains grounded in its strategic framework goals.”

“I speak for everyone on the board when I say that we are very excited to share this news with our community,” said Gloria Reyes, president of Madison’s Board of Education. “We want to thank our community for their patience and grace throughout this process. Our choice of Dr. Jenkins is the result of a leadership profile built from the voices of our community serving as our guide, and we feel fortunate to find someone who represents that profile as well as Dr. Jenkins does. Weare all excited for him to reunite with our MMSD family and community.”

Jenkins earned a Ph.D. in philosophy and a Master of Science in educational administrationd egree from the University of Wisconsin-Madison. In addition, he holds a Bachelor of Science in Health and Physical Education from Mississippi Valley State University. His official start date is Aug. 4.

ASA Administrator Jim Bridenstine announced in June that the agency’s headquarters building in Washington, D.C., will be named after Mary W. Jackson, the first African American female engineer at NASA.

Jackson started her NASA career in the segregated West Area Computing Unit of the agency’s Langley Research Center in Hampton, Virginia. Jackson, a mathematician and aerospace engineer, went on to lead programs influencing the hiring and promotion of women in NASA’s science, technology, engineering, and mathematics careers. In 2019, she was posthumously awarded the Congressional Gold Medal.

“Mary W. Jackson was part of a group of very important women who helped NASA succeed in getting American astronauts into space. Mary never accepted the status quo, she helped break barriers and open opportunities for African Americans and women in the field of engineering and technology,” said Bridenstine. “Today, we proudly announce the Mary W. Jackson NASA Headquarters building. It appropriately sits on ‘Hidden Figures Way,’ a reminder that Mary is one of many incredible and talented professionals in NASA’s history who contributed to this agency’s success. Hidden no more, we will continue to recognize the contributions of women, African Americans, and people of all backgrounds who have made NASA’s successful history of exploration possible.”

The work of the West Area Computing Unit caught widespread national attention in the 2016 Margot Lee Shetterly book “Hidden Figures: The American Dream and the Untold Story of the Black Women Mathematicians Who Helped Win the Space Race.” The book was made into a popular movie that same year and Jackson’s character was played by award-winning actress Janelle Monáe.

In 2019, after a bipartisan bill by Sens. Ted Cruz, Ed Markey, John Thune, and Bill Nelson made its way through Congress, the portion of E Street SW in front of NASA Headquarters was renamed Hidden Figures Way.

“We are honored that NASA continues to celebrate the legacy of our mother and grandmother Mary W. Jackson,” said, Carolyn Lewis, Mary’s daughter. “She was a scientist, humanitarian, wife, mother, and trailblazer who paved the way for thousands of others to succeed, not only at NASA, but throughout this nation.”

Jackson was born and raised in Hampton, Virginia. After graduating high school, she graduated from Hampton Institute in 1942 with a dual degree in math and physical sciences, and initially accepted a job as a math teacher in Calvert County, Maryland. She would work as a bookkeeper, marry Levi Jackson and start a family, and work a job as a U.S. Army secretary before her aerospace career would take off.

In 2017, then 99-year-old Katherine Johnson was there to personally dedicate a new state-of-the-art computer research facility the bears her name at Langley. Johnson, another original member of the West Area Computing Unit, also was honored as a trailblazer and given the Presidential Medal of Freedom in 2015. In addition, Johnson was part of the group honored with the Congressional Gold Medal, and NASA’s Independent Verification and Validation facility in Fairmont, West Virginia, also bears Johnson’s name.

“NASA facilities across the country are named after people who dedicated their lives to push the frontiers of the aerospace industry. The nation is beginning to awaken to the greater need to honor the full diversity of people who helped pioneer our great nation. Over the years NASA has worked to honor the work of these Hidden Figures in various ways, including naming facilities, renaming streets and celebrating their legacy,” added Bridenstine. “We know there are many other people of color and diverse backgrounds who have contributed to our success, which is why we’re continuing the conversations started about a year ago with the agency’s Unity Campaign. NASA is dedicated to advancing diversity, and we will continue to take steps to do so.” 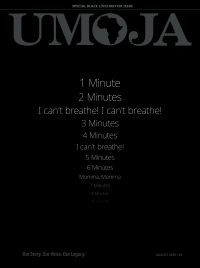