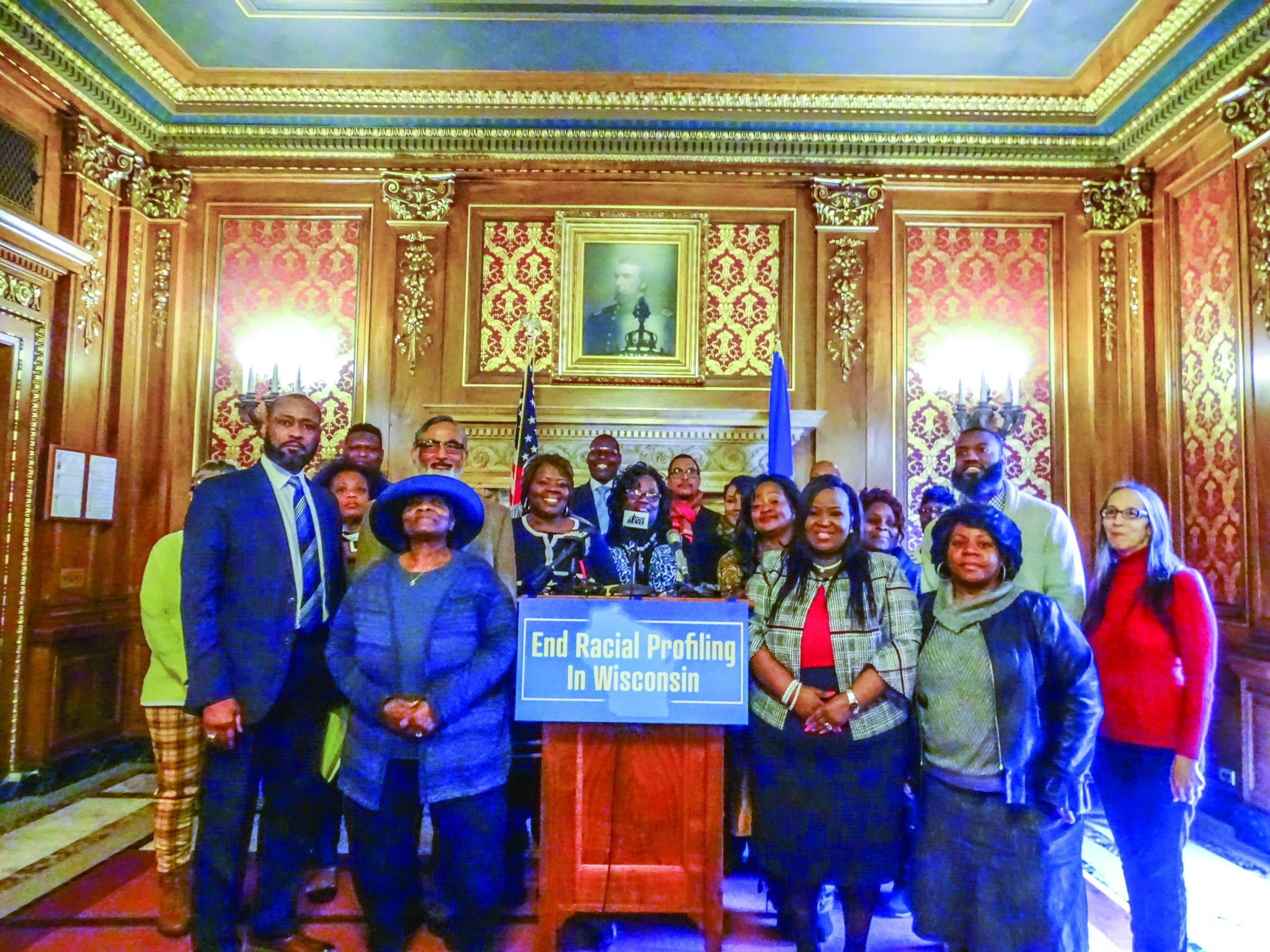 It seems racial profiling is becoming a part of daily life and new legislation has been introduced that would make biased and false crime reporting a punishable offense in Wisconsin.

Elevated risk of unnecessary law enforcement encounters saturate news outlets and social media sites. State Rep. Shelia Stubbs said enough is enough and in January, the lawmaker unveiled legislation that creates a civil cause of action for racially motivated police calls. The bill would allow victims of color to sue callers, up to $250, for calling the police with the intent to cause harm.

Surrounded by supporters including former Madison Chief Noble Wray, Stubbs said it’s time to end racial profiling by proxy in the state. The move would create a measure to fight back against the seemingly never-ending incidents of having someone calling 911 on Black people for no legitimate reason.

“This legislation is the result of Black and Brown people having the police called on them when they are engaging in perfectly legal, everyday activities like napping, barbecuing, riding the train, golfing, shopping, swimming, driving on the highway and even campaigning,” Stubbs said.

“This bill is victim orientated. … and creates a pathway to justice for victims who are feeling humiliated, discriminated against for doing nothing but existing. What it comes down to is being in the wrong race in the wrong place,” she added.

The bill, LRB-3944, will foster formal recognition of the daily hardships that people of color, especially African Americans, face on a regular basis. The legislation will also work to minimize the pointless 911 calls by allowing police dispatchers and law enforcement “the right to utilize their own discretion.”

“We need to keep law enforcement resources, where crimes are actually happening, in order to keep our communities safe,” Stubbs said. “In no way does this legislation discourage citizens from calling the police for actual crimes. Rather, it encourages folks to think harder about their own perceptions and their individual biases.”

Stubbs was a victim of racial profiling. In August 2018, while campaigning door-to-door with her mother and 8-year-old daughter on Madison’s west side, an anonymous caller asked police to rush to the neighborhood claiming Stubbs was out selling illegal drugs. On the block just 20 minutes, police arrived, and Stubbs was forced to produce three forms of valid identification before being left alone.

Many sleepless nights followed for Stubbs who went on to be elected the first African American woman to represent a Dane County district in the legislature.

The hope is the bill will inevitably serve as a catalyst for important dialogue across all communities regarding implicit violence, discrimination, harassment and hate crimes.

“I support this legislation after nearly 30 years in law enforcement and 10 years as chief of police,” said Wray, who retired from the Madison Police Department in 2013.

Wray backs the bill’s effort to give racially profiled victims a means of justice.

“When someone calls the police with a bias intent, and the police have no choice but to respond, the victim is left with a reputational harm and they are left feeling intimidated,” Wray said. “As the saying goes, an action of an officer can affect someone for a lifetime, and a community for generations.”

Similar legislation has been introduced in other states across the country including Michigan, New York, Oregon, and Washington.