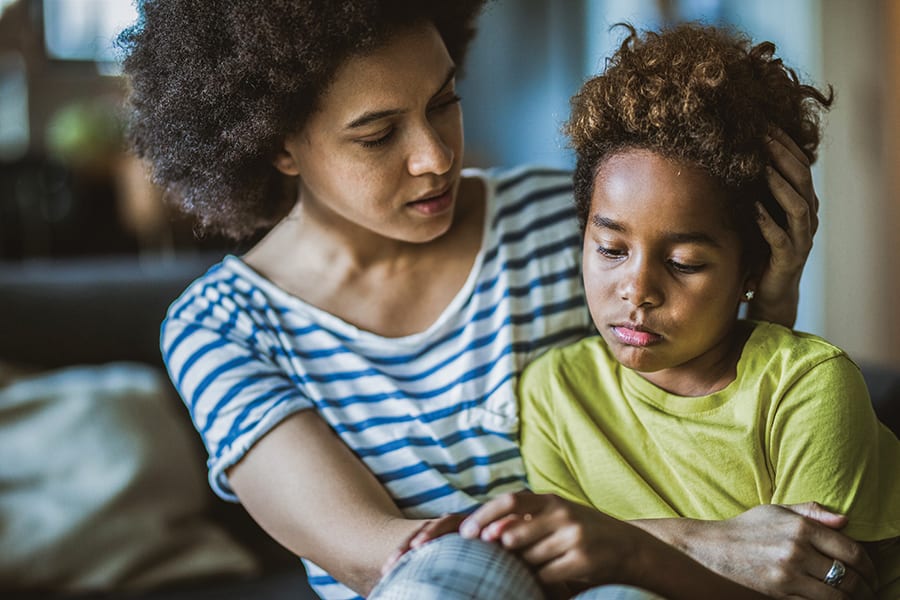 The first lessons taught to toddlers in most households are to be kind to others. Wait your turn. Remember to share. In some communities, those simple social etiquette conversations stop there. But, in communities of color, especially Black households, parental guidance can mean the difference between life and death. For generations, “the talk” has been a staple of African American life.

These around-the-dinner-table discussions come early and often. There’s the talk about how people will fear you and consider you threatening no matter what you do. And, how Black people have to work twice as hard for half as much.

Often victims of senseless indignities themselves, Black parents also provide handed-down rules that prepare their children to navigate through a world filled with racism and hate.

The talk may sound like this: Don’t walk around with your hands in your pockets. Don’t act out. Don’t play your music too loud. Stay away from all-white neighborhoods. Don’t wear a hoodie. Don’t stare at a Caucasian woman. Never leave a store without a bag and receipt even if it’s a pack of gum.

Like drill sergeants preparing platoons for battle, Black parents spend the most effort warning how encounters with police can turn deadly in the blink of an eye. These do’s and don’ts are ingrained in a Black person’s memory:  If a cop is trying to pull you over, stop in a well-lit place. Be respectful, keep your temper no matter what. Have your insurance and car registration in a plastic bag that you can quickly grab. Ask if you can reach for your driver’s license. Don’t let them take you anywhere.

According to an ABC News report, research shows police disproportionately shoot and kill Black Americans. Roughly 1,000 people are shot to death by police officers every year, and after analyzing those deaths, the data found that African Americans were twice as likely to be shot and killed by police officers, compared with their representation in the population.

Is “The Talk” Still Relevant?

The infamous video of George Floyd’s fatal encounter with Minneapolis cops sparked a global outcry against racism and police brutality. Recorded on a 17-year-old high school student’s smartphone, and later aired on social media and television, viewers watched Floyd complying with officers on the scene.

The nauseating spectacle of a public servant using his knee to literally squeeze the life out of an innocent, handcuffed man in broad daylight, left some wondering whether the race talks still matter. How do you find the right words in a society bleeding with overt bigotry?

Former Madison Police Chief Noble Wray, a police reform specialist for the U.S. Department of Justice, said that’s one of the toughest questions he’s had to ponder.

His answer: Keep giving “the talk.” Then talk some more.

“Mr. Floyd cooperated and for his cooperation he changed the world,” said Wray, whose two sons received “the talk” along with behavior rehearsals. “Who would have thought that following what occurred on the Minneapolis corner, 10 days later, there would be protests in the streets of France and Britain and all over the world because Mr. Floyd did the right thing.”

Wray was raised in Milwaukee by freedom-fighting parents and siblings active in the NAACP Youth Council. One of 10 children, he was baptized by Father James E. Groppi, the notorious Roman Catholic priest who led more than 200 marches for open housing in the city in the tumultuous 1960’s.  Wray’s parents marched along Groppi’s side.

Wray’s father, a union officer at A.O. Smith Company, helped establish the Federation of Independent Community Schools. His mother received an award from the President of the United States for establishing one of the first school breakfast programs for Harambee Community school and the surrounding community.

Fighting for justice and helping others was the only path Wray knew he would take. But, like so many other young Black men, unprovoked run-ins with police happened far too often. One included a time when he and his brother were chased by Disciples gang members armed with chains and Doberman Pinschers chasing them. Police arrived and the Wray brothers were netted in the chaos.

“They talked to us in such a demeaning manner. It was horrible,” he recalled. “Very rarely did I run into a police officer that spoke to me like a human being. It was always in a condescending, controlling, shut-up until-I-ask-you kind of manner.”

Back then civic courses taught the youth how police officers were supposed to perform their duties. Parents reinstated what cops would actually do. Armed with that knowledge, Wray and his brother were able to return home alive. What’s lacking today are civic classes “to reinforce what policing should really look like in a free society,” Wray said.

“Milwaukee was notorious on how they treated African American men,” Wray said. “Our parents told us that if we ever encountered the police we were to shut-up and do what they say. But more importantly, avoid them as much as you can.”

In the summer of 1967, Black residents in Milwaukee, fed up with unequal treatment and the lack of opportunity, hit their breaking point and a riot ensued. Arson, looting and sniping followed.

Law enforcement classes at the University of Wisconsin-Milwaukee convinced him years later to become a police officer and be the difference he wished he had experienced on Milwaukee streets. He devoted nearly 30 years to the profession and worked for the Obama administration to modernize policing.

Nothing in his past, however, prepared him for what he watched the Floyd killing.

“I knew it was a murder the first day I saw the video,” said Wray, who has taught implicit-bias training to officers. “Based upon his actions as a police officer, it is clear that he’s animus towards Mr. Floyd. The conduct was reckless to the point that he had to know. … I don’t know any department that would allow that.”

Paint-brushing all law enforcement into the category of untrustworthy and unprofessional is unjust, Wray stressed.

“I don’t think it’s fair to leave a child with the impression that all police officers are bad. They’re human beings. I have seen across this nation and in this city real good police work by good people that care. Never start with the premise of all.” 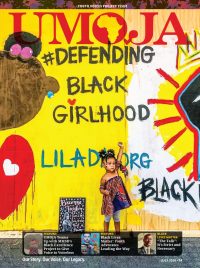