The Fall Gospel Fest Kept Concertgoers on Their Feet 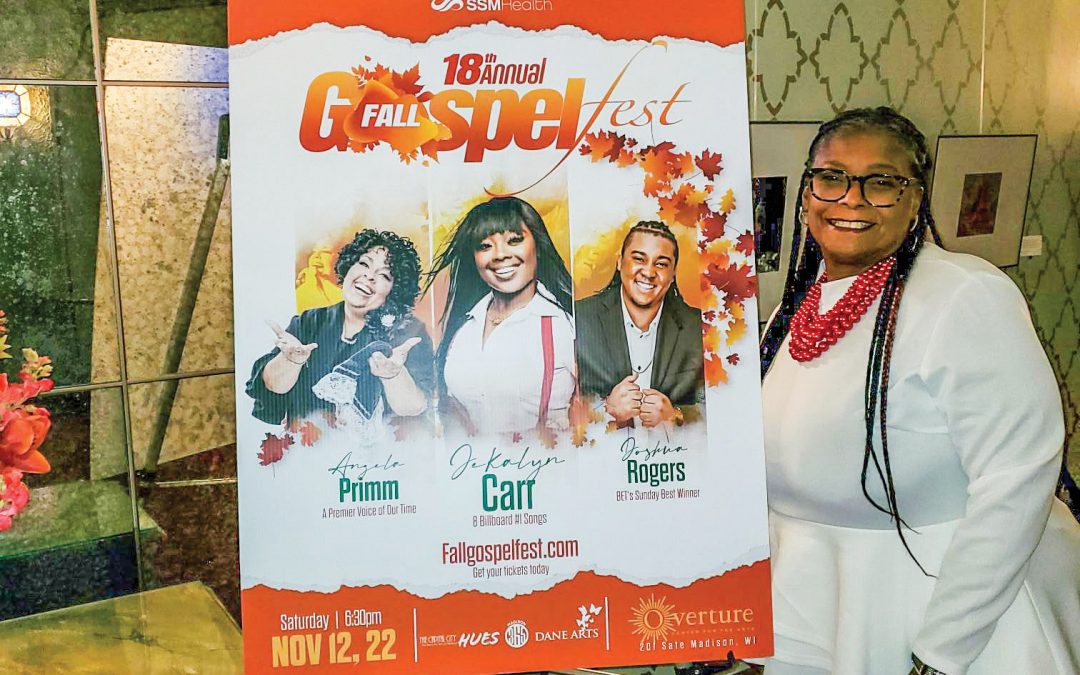 Clyde Gaines’ Fall Gospel Fest returned to Madison after being on pause for two years due to the in-person limitations resulting from the Coronavirus disease. Based on the crowd’s reaction, the Gospel Fest returned right on time! The 18th Annual Gospel Fest featured Angela Hewlett Wright Primm, BET’s “Sunday Best” winner, Joshua Rogers, and the featured artist who is a Grammy-nominated and Stellar Award winner, Ms. Jekalyn Carr.

On previous occasions, the Fall Gospel Fest concerts took place at various churches around the city. However, this year the venue changed to the Overture Center. Entering the Capital Theatre felt like a family reunion of sorts, with people attending from all over the Madison area and surrounding communities.

First up on the stage was Gospel Fest’s favorite Emcee, Dr. Gloria Ladson-Billings, who introduced the artists and engaged the audience and kept the program flowing smoothly. Before taking the stage, Angela Primm vocally introduced herself. Her voice permeated the Capital Theatre.  Primm’s powerful talent had some audience members on their feet throughout her entire performance.

Next on stage was the Season 5 winner of BET’s “Sunday Best” — Joshua Rogers. Rogers set the atmosphere for worship, and the audience let go and the Overture Center became like a church sanctuary. Nearly everyone in the theater was standing, tears flowing and hands waving throughout the entire performance. It was evident why he was an award winner of “Sunday Best”.  His song selections included his 2018 hit “Pour Your Oil” and his 2021 song “Still Gon’ Trust You”, as well as gospel favorites “God is Able”, “For Your Glory”, and “More than Anything”.

After the 10-minute intermission it was time for the featured artist Jekalyn Carr. The crowd erupted with cheers as she took the stage. Carr commanded the room like a woman well beyond her 25 years. Returning to the times of the early Gospel Fest productions, Carr included local artists as her backup singers, like Madison native Letrice Stanley and current Madisonians Alexandrea Jones and David Smith Jr.

Carr started by asking if there were any winners in the building and reminded us that we were in a winning season with her song “You Will Win” (2020). She selected several of her most popular gospel hits: “Bigger” (2016), “It’s Yours” (2018), and “I See Miracles” (2019). The audience received a special treat when she asked Rogers back to the stage to sing “Greater is Coming” (2013) with her. The note Rogers hit at the song’s end brought the audience to their feet.

The Fall Gospel Fest is just one of the annual musical events sponsored by Clyde Gaines and PeBoGa Productions. For more information about future Gospel Fest events, visit www.fallgospelfest.com. 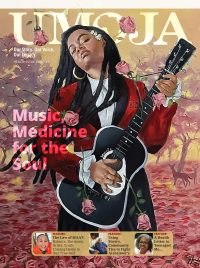