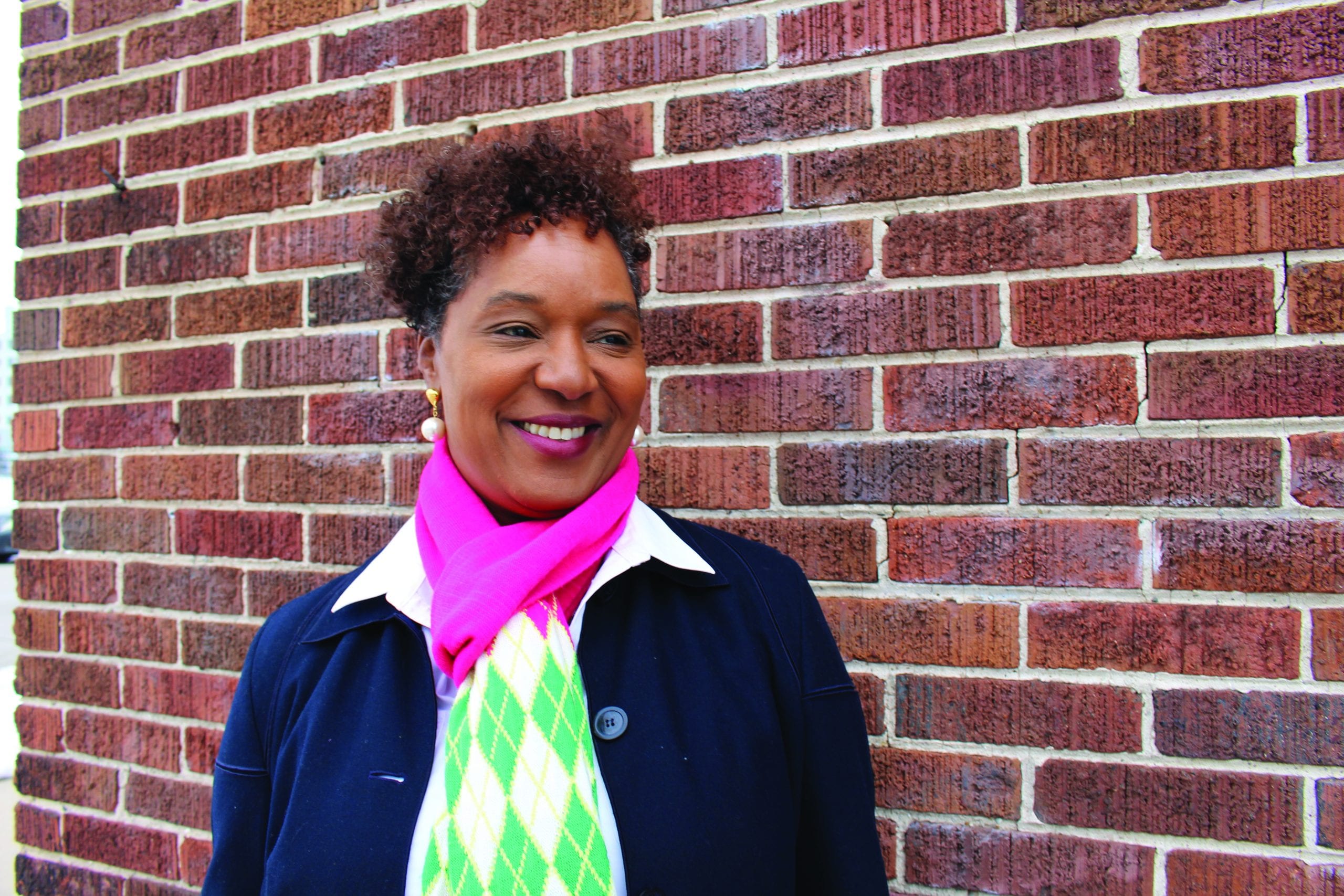 Before officially announcing her run for Milwaukee’s mayoral office, Democratic state Sen. Lena C. Taylor had a subtle tip to inquiring minds: her sneakers. For weeks, she donned Chuck Taylor All Stars, pointing to her sneakers as a roundabout way of answering the question if she’d be running. Now as the only woman and person of color running for the position, Taylor faces off with the four-term incumbent Mayor Tom Barrett, as well as two other candidates. Leading up to the Feb. 18, primary, she’s prepared for the challenge, seeing herself as one of Milwaukee’s own all-stars.

Growing up on the city’s northside, Taylor never shies away from pointing out her homegrown roots, often describing herself as “just the girl from 15th and Capitol.” And while she still lives on the same street she grew up on, her plan is to effect change for Milwaukee’s neighborhoods, especially those within her own 53206 zip code (The area has received national spotlight for leading the country in the highest rates for incarcerated Black men, Black infant mortality and other poverty-related ills.).

“I’ll be making ‘herstory’ and it’s exciting. For all the young women and girls that will come behind me and know that it’s possible to run — that we’re capable and able,” said Taylor.

Taylor attributes the seeds of civic engagement being planted within her to her grandmother who took her to an inauguration in D.C. when she was just in elementary school. She says her grandmother always stressed the value of higher education and community.

“When I was young, she used to make us go outside when we were having family dinners and see whoever was outside and invite them in,” she said. “She taught me to who much is given, much is required. And because of that it’s in me to be a servant leader.”

Taylor admits that at a certain point in history, she didn’t think living in Milwaukee long term as a Black woman was the plan for her future. After leaving the city in the early 1990s to attend law school at the University of Southern Illinois-Carbondale, she realized many of the prejudices she faced in the Cream City also existed elsewhere and rather than run away to Illinois forever, she wanted to lead the change.

“You’re either gonna be a part of the solution or a part of the problem. And what better place to come and lay your foundation than home where you can have the support and the love that you need and you can sew into a place that sewed into you? And that’s literally for real why I came back. I wanted to make this a better place,” Taylor said.

“We just need a mayor who has vision and passion for this city and the people, all of the people that are here because we are more than downtown, we are neighborhoods and I want to show that we can do that. My Milwaukee is a Milwaukee that is healthier and wealthier for everyone,” she added.