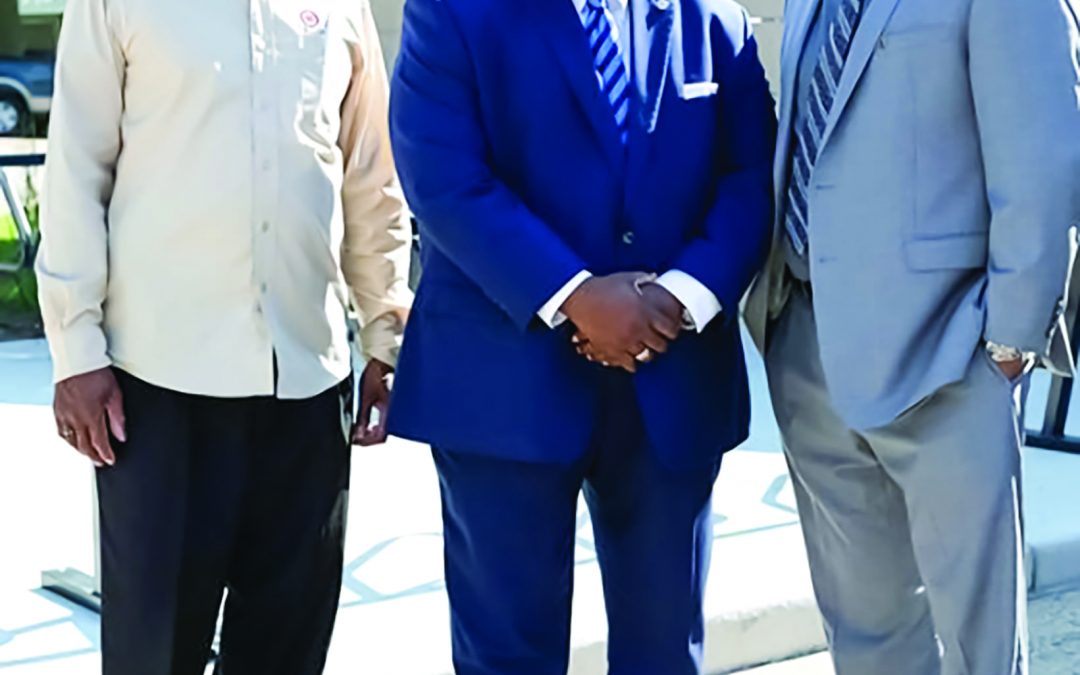 Dignitaries, community organizers and area residents were all smiles as they gathered outside the new center to celebrate and support a fulfilled promise of job training and economic empowerment resources blocks from their front door. The ribbon-cutting ceremony marked the official opening of the long-awaited facility, located at 1233 McKenna Blvd., formerly home to Griff’s restaurant.

“This morning I feel like a very proud momma,” said Ald. Barbara Harrington-McKinney, District 1, a steadfast champion of the job center project. “Those of you who have had childbirth, and it’s over, can you image how I feel? Push. Push. And, puuush! I say that because that is exactly what we had to do to make this building a reality.”

Harrington-McKinney, a proponent of bringing critical resources to people struggling to make a sustainable living in an underserved community, joked how racoons were occupants of the abandoned building before the city took it over. The city purchased the 3,882-square-foot restaurant in 2014 for $420,000. It spent about $1.1 million to renovate. The interior of the building was remodeled to include a brightly-lit foyer; large, divisible meeting room; computer lab; small meeting room; comfort room; self-serve kiosks; warming kitchen; reception area; staff offices; and, fully accessible restrooms.

The Urban League will operate the center.

“This thing that used to be an abandoned chicken and hamburger joint has now been turned into an employment and training center that now adds tremendous value to this neighborhood,” said

Calling it community-inspired, Anthony emphasized how the neighborhood employment center was demolished and constructed by Amigo Construction, a second-generation, minority-owned Madison business. The project’s architect was Dorschner Associates. “I think the city has the power, and they demonstrated it here, to make a concerted effort so that there’s no boundaries and no barriers to stop us from being inclusive and doing the things that we can do,” said Anthony. “The lessons that will be learned from this project will be a blueprint for what we need to do to open up the doors of opportunity and diversify work. Not just business opportunities, but labor opportunities.”

Wensy Melendez, co-owner of Amigo, said his family is proud to have served as general contractors of the center. Melendez, who grew up in the community, is excited about all the possible lives that will be changed for the better for years to come.

“Today, we at Amigo Construction no longer refer to this employment center as a job site,” Melendez said. “We now prefer to call it a growth site. Traditional 9-to-5 jobs are becoming less common and people are increasingly employed in less traditional work, arrangements and situations. This is why the mission of the employment center is so vital.” Among them was Rep. Lisa Subeck, D-Madison, who is credited with starting conversations surrounding the idea of a community and employment center back in 2010 while she represented the southwest side on the City Council. She gushed about seeing the center’s completion.

“I’m not going to cry up here. I’m not,” Subeck said. “But, I’m just super excited because I was beginning to think this might never happen. It’s not exciting for me as much as it is exciting for our neighborhood and for the neighborhoods around us.”

The new center initially opened on Aug. 26, when the Urban League kicked-off its first job training class, which is part of a flagship partnership with Exact Sciences, to train people for laboratory technician and customer care positions that start at $15 per hour. The Exact Sciences career academy is just one of several much-needed resources and classes being offered at the center.

“Exact Sciences is a proud supporter of the Urban League because we know the positive difference they make in our community,” Krause said of the partnership that creates a community-to-career pipeline. He added that the graduating summer class were all hired by the biomedical juggernaut responsible for the at-home colon cancer screening test Cologuard. “We are focusing on economic development because we know that Madison is a growing economic hub,” Rhodes-Conway said. “And, it is critical that everyone who lives in Madison is prepared to take advantage of the opportunities that are available to us here.”

Once the program ended, building tours were conducted and food and cake were served. Members of the Madison Police Department grilled hotdogs for the special occasion.

(Daniel Sims contributed to this report.)