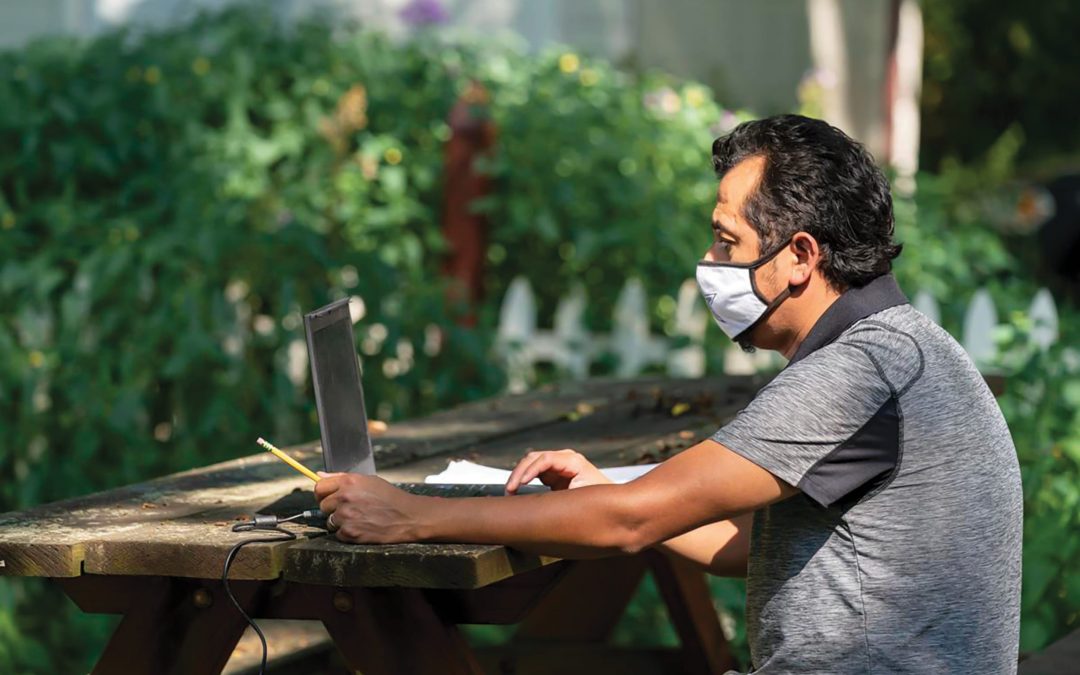 The COVID-19 pandemic has brought on more challenges for people working to get the degree that has eluded them since they were high school-age.

“It’s kind of hard because you have to take a test with a mask (on),” said Ismael Zarinana, of Madison, who is working to get his GED, or general education degree. “It has been a challenge. You need to take a deep breath.”

Zarinana, 46, would normally be able to take the tests at Madison Area Technical College, but now he and other students have to drive up to Fox Valley Technical College in Appleton for testing.

“There’s been a host of different challenges. Every time we figure out one, there has been another one,” said Oscar Mireles, executive director of Omega School on Madison’s South Side, which helps students get their general education degree, or high school equivalent degree. “For each student, everything is OK until the next problem.”

For example, some students say they lost their job so this is a good time to study, but then they might struggle to find a place to live, Mireles said.

Another issue initially was that Fox Valley Technical College wasn’t open, either, for students to take their tests.

Then there was an incident in which a student stood in a line at Fox Valley she thought was for taking a test until someone tried to give her two bags of groceries and she realized she was in a line for receiving some food. She missed the first of two tests she had planned for that day and hasn’t made it up yet.

Mireles said that except for one day when he stayed home as shut-downs began, he has been coming to Omega since the pandemic hit. He said it has been helpful because he can answer the phone. Some people showed up at the school and he was able to talk to them through the glass doors. Other staff are working remotely.

But Mireles has found the phone does not replace the in-person informational interviews done in the past, so he has turned to the Zoom video conferencing app.

“I can gauge how interested they are,” Mireles said. “If it’s just on the phone, you can just kind of hide a lot.”

Probably the biggest change, Mireles said, is that every step — such as emailing, calling and texting — takes time.

Before the pandemic, students would come to Omega to study with books. Now they have to do it elsewhere online.

“In the past they could separate studying from home life,” Mireles said.

Now Mireles works on helping students separate the two parts of their lives and talks to them about how learning is progressive.

“I try to reach out every week to students (to talk to them about studying),” he said.

“It’s almost like online is timeless,” Mireles said. “You can be on 24/7. There is not a timer to sort of start and finish.”

It’s also easy to procrastinate because students figure they can just get on later, he said.

Another issue is students might not have Wi-Fi
at home.

Zarinana had been trying to earn his GED since 2012. He thought it might be easier to do it in Spanish, his native language, but he still struggled.

Then his daughter, Stephanie Zarinana, 18, completed her high school diploma through Omega after she experienced bullying and the family struggled to get her to a new school to finish her senior year because of the distance.

“She said, ‘Dad, check out this school,’” Zarinana said.

It has turned out to be the help Zarinana needed to get the degree he says will help maintain his position at GE Healthcare, where he calibrates a part that goes in ventilators. He said he grew up as the oldest of seven siblings in Mexico, where he finished part of his middle school years before he started working.

Zarinana said he supported his wife, Joyce Rosas, in achieving her dream of becoming a nurse, and now she is helping him. With just one more test to go, Zarinana, is so bolstered he is thinking about pursuing a degree in information technology starting this fall.

“The main thing I have to remember is one student taking one step at a time,” Mireles said. “It just takes a lot of patience. Part of it is they realizing they can do it.”

(This article originally appeared in the Wisconsin State Journal.)