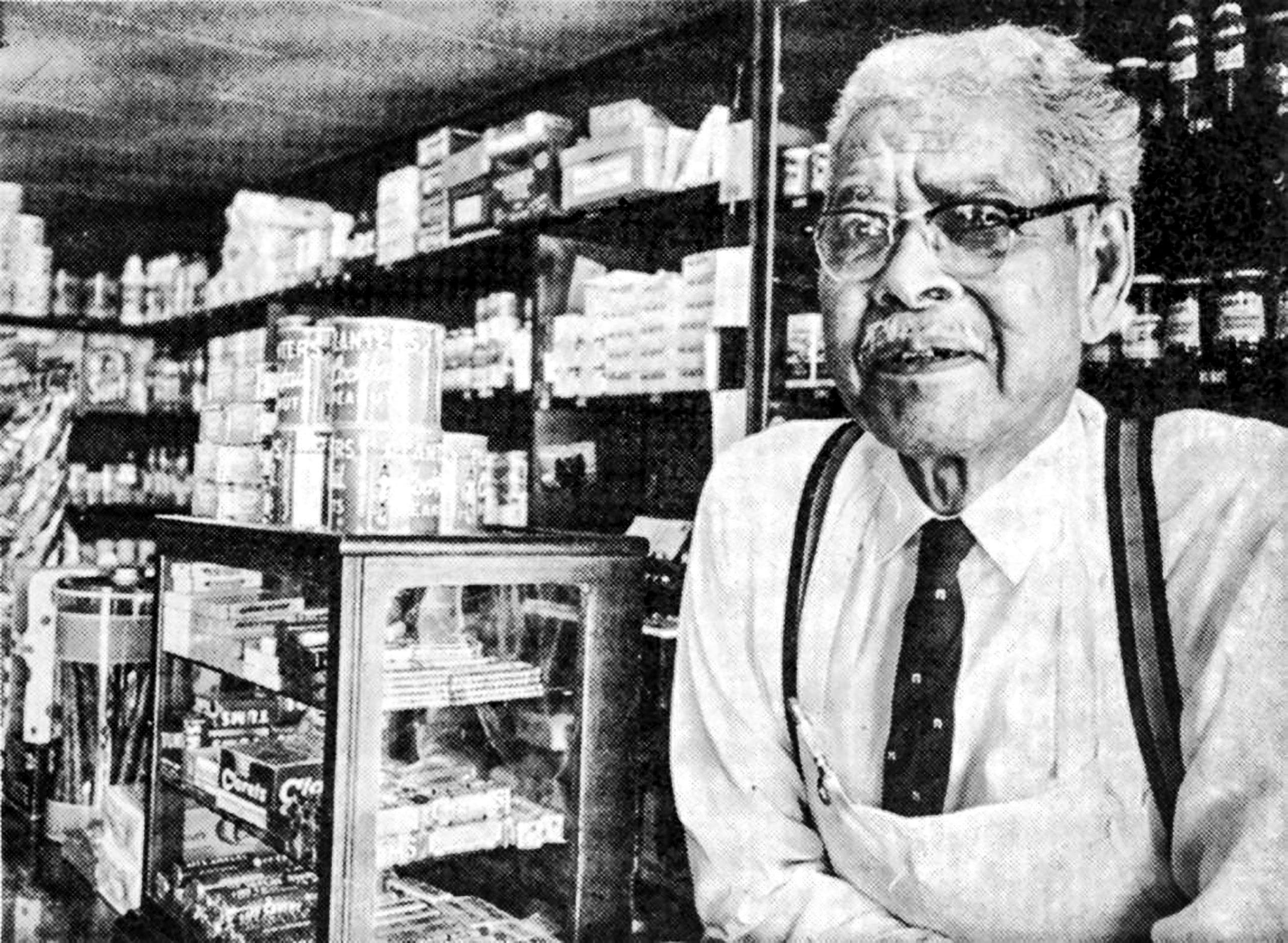 Without fail, owner John W. Hill donned a black tie, a crisp button-up shirt, creased pants, shined shoes and a work apron that reached below his knees. Canned goods stacked in small pyramids were displayed in the front windows and the Coca-Cola box was kept cold by large blocks of ice.

This yesteryear establishment, which is now vacant and listed on the National Register of Historic Places in Wisconsin, was one of the first Black-owned businesses and among the longest single-family owned businesses in Madison.  A few of the Hills’ granddaughters shared the family’s history and business morals that made the store operate successfully for nearly 70 years.

Making a Way Out of No Way

Located at 649 E. Dayton St., the two-story frame building was acquired by John Turner, a former slave from Kentucky, and his wife, Martha in 1901. This building became a boarding house and a meeting hall for the Frederick Douglass Beneficial Society.

Meanwhile, John Hill and his wife Amanda, moved from Atlanta to Madison for a better life. They knew about the city because a family member who attended the University of Wisconsin-Madison told the couple about the opportunities available.

It was just before the turn of the century and the homes of Madison’s few Black families were scattered throughout the city. The community the Hills moved to was marshland near the intersection of Dayton and Blount Streets, roughly six blocks northeast of the Capitol Square.

Hill went right to work and provided for his family by opening a shoe shining parlor and clothes pressing stand. He even filled in as a porter on a train to earn extra money. His work put him front and center with the elite professionals of Madison. Earning their respect, the savvy businessman acquired a bank loan to purchase the grocery store from the Thomases, at their request.  Records indicate the Hills purchased the store in 1915 for $45.

The family-centered grocery store business was open seven days a week with reduced hours on the weekends and the occasional holiday off.

The couple’s nine grandchildren, who lived next door, affectionately called the couple Papawill and Mamawill. It was a derivative of John Hill’s middle name, William, according to Charlyne Hill Singley.

“I remember all the penny candy he had in these pretty little crystal dishes,” Hill Singley recalled. “There were Tootsie Rolls pops, jawbreakers, along with pink and white peppermints. And to the right was a counter where he had a scale. He would cut and weight baloney, salami and cheese.”

Oak steps lead to her grandparents’ home, she said. At the end of the day, the family gathered in the breakfast nook to tally their earnings. Hill Singley was in charge of counting the pennies.

“My grandfather’s philosophy was hard work, honesty and integrity,” Hill Singley said. “He believed in hard work because he knew there would be a payoff.”

The grocery store prospered during World War II and evolved into a neighborhood institution.

She also reminisced on the times her grandfather sat on the back porch of the house every night during the summer. The porch faced East Dayton Street. He sat there with a neighborhood friend, smoking a pipe while listening to baseball games on the radio.

“Papawill had an infectious laugh,” Hill Singley said. “When he’d laugh, his cheeks would get red. Everyone loved him and respected him.”

Hill’s drive for becoming a grocery store owner was having enough money to put his three children — Edwin, Freddie, and Chestena — through college. It paid off. As a result of his prosperity, all of Hill’s children were able to get college educations, a feat not duplicated by many other early Madison families.

Their eldest daughter, Freddie Mae Hill, received her bachelors of science degree in home economics in 1928.

The Hill’s only son, Edwin J. W. Hill, Sr., attended Tuskegee Institute. In 1931, he became the first colored scoutmaster, when he organized the first colored Boy Scout Troop in Madison, with the cooperation of the American Legion and the Troop sponsors. A year later, he was one of the three founders of The Lincoln Athletic Club, the first colored club for young men, sponsored by the Kiwanis and Rotary Clubs.

“We’ve had many people say to us that this is something that they wish they could see more of in families,” said Evelyne Hill Ashkenaz referring to her family’s love and devote to each other. “This is just who we are and how the entire family tended to be. We credit our parents. Our parents never allowed us to go to bed angry or to sleep without saying I’m sorry.”

The Hills were prominent members of the St. Paul African Methodist Episcopal Church ‘s congregation, where John Hill was appointed, and served for many years, as a church trustee. He also purchased the property at 114 N. Blount Street, where his wife’s mother, Ida Carmichael, and brother, William Carmichael resided. William Carmichael was a World War I Veteran who died in the Veteran’s Hospital in Madison, from wounds that he suffered during World War I.

In addition to running the grocery store, John Hill was appointed to several city committees, including the Committee on Minority Housing and the Advisory Committee, which encouraged citizen participation in community improvement projects. His wife served as the parliamentarian to the Utopia Club, a Black woman’s club that tried to improve social conditions for different marginalized groups in Madison.

“My grandmother used to make the most beautiful cakes for her women’s club,” Hill Singley remembered. “Guess what Papawill would do? Sneak a slice a cake. He had such a sweet tooth. We had the most delightful childhood.”

One of the most memorable decisions in which John Hill participated in, was the vote to return a $25 donation from the Madison Kleagle of the Ku Klux Klan (KKK). At that time, Hill was a member of the Colored Republicans of Dane County. It was believed that the gift was as an indicator of the group’s desire to serve the Madison community and to emphasize that they were not full of anti-Black sentiment.

Hill’s decision not to accept money from the KKK demonstrated to the Black community of Madison, his courage and lack of fear of the group.

Hill Grocery became one of the longest-running single family-owned businesses in the city. It was operational for 62 years, from 1915 until 1977. Amanda Hill passed away in April 1969. John Hill passed away in 1983 when he was 98 years old, according to Hill Ashkenaz.

The beloved establishment and the housing attached to it are designated Madison landmarks. The Hills’ granddaughter started a non-profit foundation, called The Hill Family of Madison, Wisconsin, Properties Nonprofit Corporation, to restore the legacy of their family and their grandparents.

“It was my grandfather’s dream to build a better life for his wife, son and two daughters,” Hill Singley said. “His dream became a reality. The Hill sisters are now the keepers of their grandfather’s legacy. Our goal is to repair the historical building.”

To learn more or to make a donation to the family’s nonprofit, go to www.thehillfamilynonprofitcorporation.org.