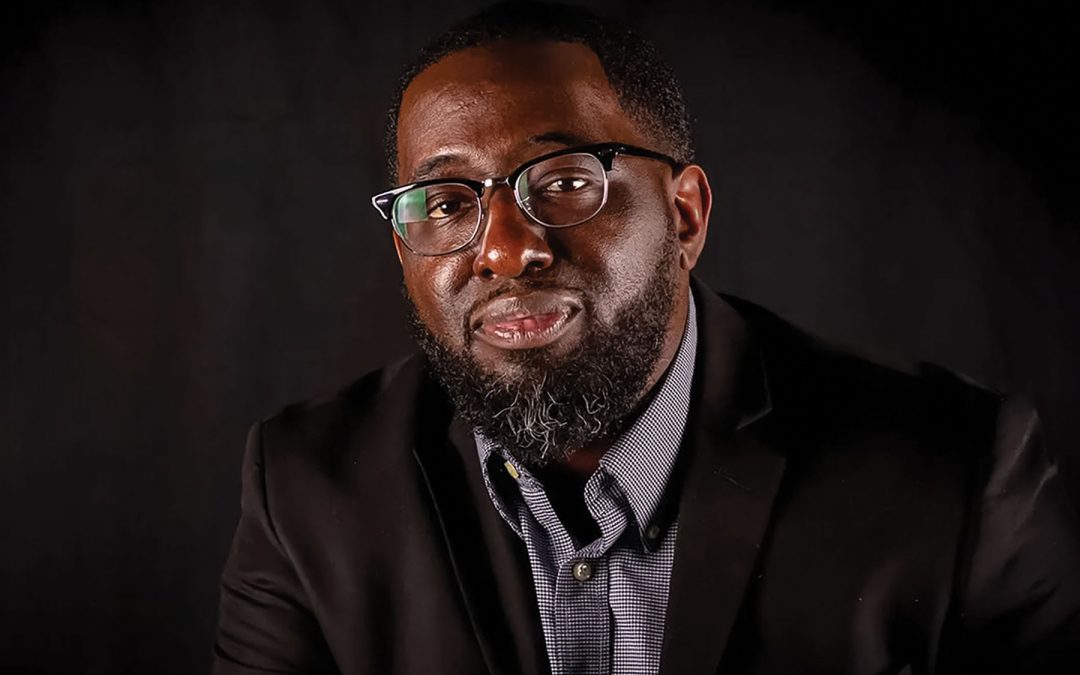 Michael Ford, AIA, known worldwide as The Hip-Hop Architect, has been named one of three “Young Architects of the Year” by the Wisconsin Chapter of the American Institute of Architects.

The announcement was made at the organization’s annual conference in Monona Terrace on Wednesday. The other two honorees are Matthew Clapper, AIA and Brandon Reinke, AIA. Ford was nominated by Walter Wilson, AIA and Stacey Keller, AIA.

“To me, it means a lot,” Ford said of the honor. “One, is recognition of the work that I have been doing not just in the past year, but since I came to Madison in 2010, working to expose more people to the profession of architecture. For me, this is a recognition of the work of our institute. And then the second thing it means to me is the very few licensed Black architects that we have in the state. We are eight. And I am the youngest of that group who has his license. It is a very small number of us. This award is not just an award for me, it is an award for all the people I use hip hop to introduce architecture to.”

Since 2017, Ford Hip-Hop Architecture camps have exposed high school students from around the world to urban design, architecture and community design concepts based on hip-hop aesthetics.

Ford was recently commissioned to create a massive stone mural for National Guardian Life Insurance Company’s renovated office space, representing the company’s commitment to diversity, equity and inclusion in three dimensions. Other recent and current projects include the Bronzeville Center for the Performing Arts in Milwaukee, the Universal Museum of Hip-Hop in the Bronx, and a virtual metaverse space for Madison-based Infamous Mothers.

The Young Artist of the Year Award is given to outstanding architects who have held their license for less than 10 years. Architecture is an unusual profession where one can work in the field without having a license, and obtaining a license is a difficult process with many barriers, especially for members of underrepresented communities. In fact, Ford himself was a world-renowned architect and urban designer, associating with high-end firms like Herman Miller and running architecture camps across the US, Europe, and Africa, for several years before officially earning his license in 2021.

Ford said this is why many young Black architects work for years at established firms and often end up somewhat token.

“You are doing DEI work in your company,” he said. “Whenever there’s a Black project, it’s like, ‘We need you on this Black project.’ And sometimes our own needs, we put them in the background. Our own professional growth would put it in the background. So, I assure people that they can still do both. I was still doing my thing as an architect, still committed to youth, still working on professional projects, but also doing the work necessary to get my license.”

Earning the Young Architect of the Year honor in his first year of eligibility, Ford said he hopes to use his license to provide a talent pool for other Black architects who are not yet licensed.

“The only difference is that when you don’t have your license, you have to work in a company, you work with the license of the company. It was great for me to get my license so I can do my own work and hopefully, you know, hire other people who look like me to be part of a company that recognizes your uniqueness and gives you the support you need. you need to get your own license,” Ford said.

“Receiving your license is a daunting task,” he added. “Especially for those who have been working for 10 or 15 years. It’s like, ‘I don’t need a license. I can keep working. I hope to use this award as a catalyst to encourage more of our members to pursue their license and know that there is another stage they can reach in their career.”