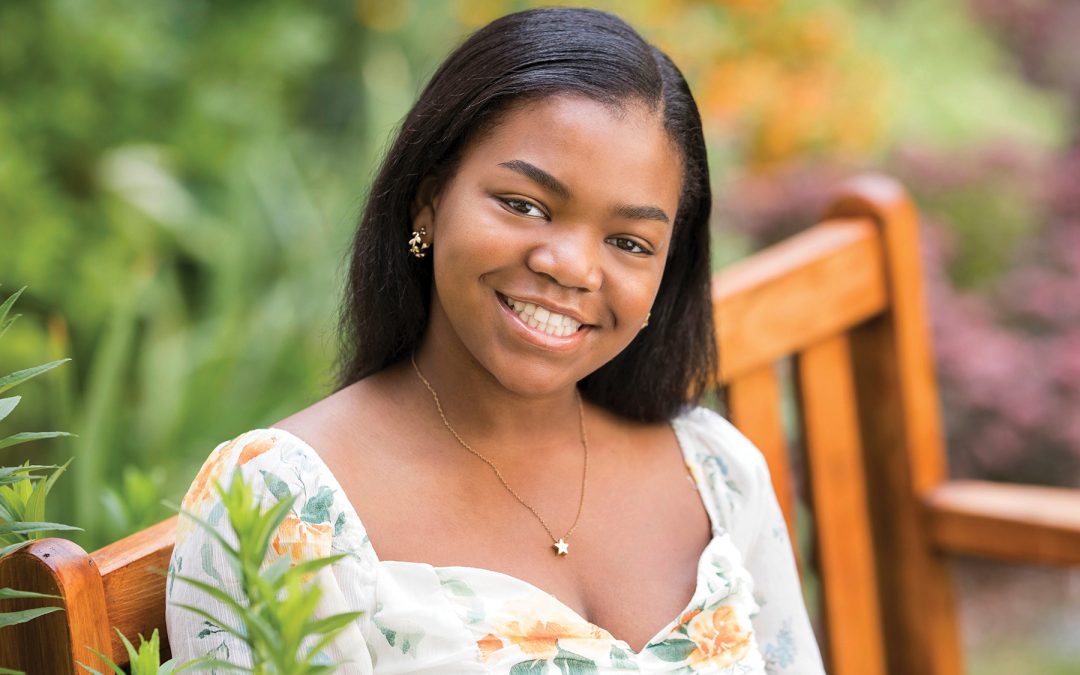 McDonald is this year’s recipient of the $3,000 Reverend Orlando McGruder Scholarship, awarded by Mt. Zion Baptist Church. The scholarship was funded in part by the Ms. Milele Chikasa Anana Scholarship Fund.

McDonald will attend Spelman College this fall and plans to major in political science with a minor in sociology. After Spelman, McDonald said she plans to go to law school.

Why law school? McDonald said that from the time she was in fifth grade, she’s enjoyed arguing and proving her point. But it wasn’t until she read Bryan Stevenson’s book “Just Mercy” in the ninth grade that the idea of becoming a lawyer struck her.

“There are so many problems that exist here in America and the criminal justice system is at the root of them,” McDonald said. “I want to get involved in breaking that down and solving that problem.”

McDonald said she’s proud to have been selected to receive a scholarship named for Ms. Milele.

“It feels great because I know Ms. Milele’s legacy will live on for a long time in Madison,” McDonald said.” It feels good to get a scholarship, especially one with someone’s name that you know they did a lot of good things.”

McDonald has done her share of good things in her young life. She’s been a member of the usher ministry at Mt. Zion Baptist Church since she was 12 years old and also volunteers in the children’s church ministry.

McDonald continued to volunteer as a student at La Follete High School. She helped with registrations in the fall and, as a member of the Black Student Union, partnered with members of Omega Psi Phi to hand out Thanksgiving baskets and to wrap Christmas gifts at Warner Park for senior citizens. She was also a member of the cheer team her sophomore and junior years.

The HBCU tradition is engrained in the McDonald family. Natalie’s father Dwight, an engineer at the UDSA Forest Products Laboratory, graduated from Alcorn State University. Her sister Seleata recently graduated from Hampton University.

But Natalie McDonald said she didn’t lock on to the idea of attending an HBCU until her freshmen year of high school, when she and other members of the La Follette Black Student Union toured several HBCU campuses in Mississippi and Louisiana. The tour was an eye-opener, McDonald said.

“I just liked the size of the HBCUs. And an HBCU is the one chance a Black student has to be surrounded by Black people and I wanted to take that opportunity.”

It was only recently that McDonald settled on Spelman College. Spelman, founded in Atlanta in 1881, is the oldest institution of higher education for Black women in America.

McDonald said her mother Denise, a financial analyst at UW-System and a graduate of Emory University—which is also located in Atlanta—played a big role in changing that.

“My mom started talking about it and hyping the school.”

“That made the decision for me,” McDonald said. “I just loved the vibe of all the girls in the school.”

McDonald said she hasn’t spent much time in the South beyond several trips to Mississippi to visit her father’s side of the family. But she said she’s looking forward to living in Atlanta, which was dubbed by Ebony in 1971 as “the Black mecca of the South.”

It’s fitting that it was Ms. Milele who afforded McDonald her first “Black mecca” experience. 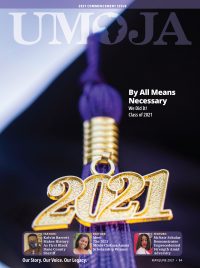