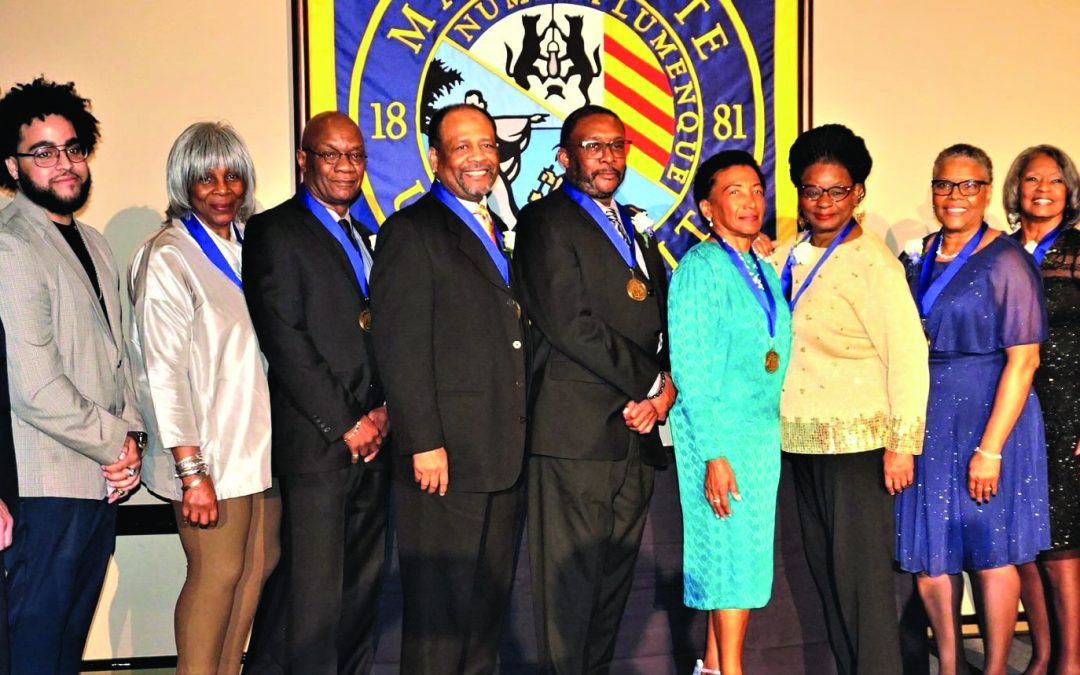 Lottie Smith grew up in a home where education was as sacred as the Holy Bible. Raised in the Hillside Terrace Housing Project just north of downtown Milwaukee, her mother didn’t except excuses for schoolwork not getting done. It paid off for Smith who graduated top of her class at Lincoln High School. Little did she know that accepting an invitation to attend Marquette University through the Educational Opportunity Program (EOP) in 1969 would be historic. All eyes were on Smith and her freshmen classmates who were from low-income households and first in their immediate family to seek undergraduate degrees from the predominately white, Jesuit university.

EOP was established as a response to the Civil Rights Movement at a very important time in our nation’s history and in the history of Marquette, which has been rooted in increasing access to higher education. It was created as an institutional program under the leadership of Dr. Arnold Mitchem, with 40 students and just one staff member.

“I didn’t realize at the time what was happening and how important this was,” Smith said. “I didn’t realize that Marquette was setting a standard. I just knew that Dr. Mitchem required us to be our very best.”

College was tougher than she thought. For the first time Smith was facing grades lower than a B+.

“It was like we were under a microscope,” Smith recalled. “It was very rough. Even the other Black students attending Marquette looked down on us like we were the welfare recipients and the poor Black girls and Black boys.

Mitchem fought to make access to higher education a reality. Because of him, the pursuit of social justice continues to shape academia five decades later. “This experiment, as it was characterized at the time, worked frankly because of the success of the students, and especially that initial cohort of 40 individuals” said Mitchem, who worked at the helm for 17 years. “Their grace, their determination, their grit, their behavior on this campus, made it clear that these students and their aspirations belong on this campus.”

In 1972, Smith became EOP’s first graduate with a degree in speech. She futured her education by going on to earn her doctorate in 1998.  Smith is one of the many success stories for EOP, where students from different financial backgrounds, ethnic backgrounds, and family structures work hard to reach their potential. The program flourished into what became a model for other college access and opportunity programs and the United States Department of Education’s federally funded TRiO programs, which are located on college campuses throughout the country. Marquette now serves over 500 EOP students annually.

In October, about 425 EOP graduates, faculty and supporters commemorated the 50th anniversary with a homecoming and reunion. It was a chance to say thanks to those who made it possible. It was also an opportunity to recognize those who continue the movement today and applaud those who will lead the EOP into the future.

The weekend included campus tours, a night of bowling and an anniversary ball. Many took the time to say “thank you” to the leaders who pushed them to succeed.  Hugs were especially plentiful for Sande Robinson, who spent 35 years as director of EOP and mother hen to 1,665 graduating students before retiring in 2010.  Robinson is said to be responsible for graduating more of the Wisconsin’s Black and Latino males than anyone else in the state.

EOP supported thousands of students who have gone on to successful careers and who have made countless contributions to the communities in which they live. Some of the who’s-who list include:  Barry Cosgrove, who went on to become one of the founders of DaVita dialysis centers and is currently President and CEO of Blackmore Partners; Milwaukee County Circuit Court Judge Pedro Colon, the first Latino elected to the Wisconsin Legislature; U.S. Congresswoman Gwen Moore, who represents the state’s 4th congressional district, serving since 2005;  Dr. Ruben Anthony Jr., the current president and CEO of the Urban League of Greater Madison; and, Alderman Ashanti Hamilton, who serves as Milwaukee Common Council president.

Today, EOP continues to serve students historically underrepresented in higher education, including students who have the potential of being the first in their families to graduate from college and students from diverse economic backgrounds. EOP comprises five programs: Student Support Services (SSS), McNair Scholars, Upward Bound, Upward Bound Math & Science, and Educational Talent Search (ETS). SSS is the oldest program and the one that most people associate with EOP. It, along with McNair Scholars, are the two programs that provide services to current Marquette University students. Upward Bound, Upward Bound Math & Science, and Talent Search make up the Pre-College Division.

“We really get to know the students and their families,” said Dr. Eric Williams, the current executive director of Marquette’s EOP program. “We assist students who are in financial need with emergency grants. There has been an increase in the number of students who are experiencing homelessness and food insecurities. We work with university partners to provide year-round housing for students. We also stock our student lounge with items that students can eat throughout the day including peanut butter, bread, and microwavable meals.”

Those in attendance expressed eternal gratefulness for EOP, the teachable moments and the doors of opportunity that were opened.

“Without an education, you’re going nowhere,” said Smith, who spent part of her career teaching English and literature at Milwaukee Public Schools. “Start by respecting yourself and where you come from. Then, moving a step forward, there’s no way you’re going to mess up.”