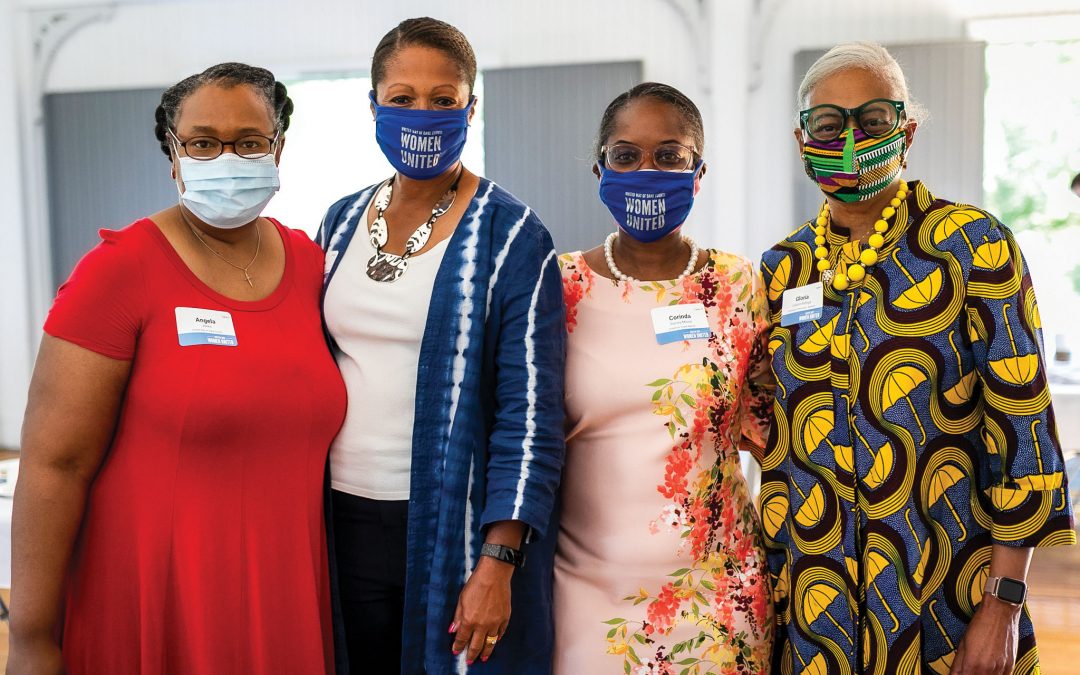 Major General Marcia Anderson was honored with the Women United Philanthropy Award at United Way’s Women United Brunch, which took place on Sept. 10. Each year, this prestigious award celebrates and acknowledges a woman who is committed to helping make the community a better place to live, for all. The award also honors a woman’s achievements in educating, empowering and inspiring women and children to be philanthropic leaders in Dane County.

Anderson, whose passion centers around uplifting families as they work to succeed in school, work and life, has made a lasting impact on families in the community. As an original co-chair of HIRE Initiative, she has long advocated for a community in which families have access to fair employment that allows them to support themselves and their families – giving them room to thrive and grow. Thanks to Anderson’s dedication, since its start, HIRE has helped more than 3,000 people find reliable work.

“I want to thank United Way and Women United for this great honor,” Anderson said in a prepared statement. “I am always humbled to be a part of this crucial work and am forever grateful for the steps being taken by this great organization to support families as they work to build stable, successful lives. It’s more important now than ever before that we continue to lift up families and build a Dane County where all can thrive.”

Anderson has seen firsthand the value that can come from giving back. It was something her family made as a priority while she was growing up. Today, most who know Anderson would say that she’s an assertive, confident and knowledgeable woman. She’ll be the first to say that wasn’t always the case. As a young girl, she was incredibly shy, but when her family moved from Beloit, Wisconsin to St. Louis, she was enrolled in an all-girl school. It was in that environment that she learned the value of her own voice and gained the confidence she needed to pursue her dreams.

She went on to attend Creighton University, where she joined the Reserve Officers’ Training Corps (ROTC) program to meet a science credit requirement. As a result, she found herself on the path towards a highly revered and decorated career in the military. In 2011, Anderson became the first African American woman to achieve the rank of major general in the Army. After one year in Fort Knox, Kentucky, three years serving at the Pentagon and a total of 37 years of service, she retired from the military in 2016 and moved back to what she calls her “civilian life” here in Madison, resuming her job as clerk for the bankruptcy court for the Western District of Wisconsin.

Anderson credits her time in the military for positioning her as a leader in many aspects of her life. Throughout her career, she learned how to work collaboratively with people from all different backgrounds – and how to speak up and fight to keep her ideas alive. She also says that her time in the service sparked her passion for giving back and serving causes that were greater than herself.

When Anderson came back to the Dane County community, she also resumed her work with the United Way of Dane County. Additionally, she has served on the Executive Committee, Personnel Committee, Task Force for Transformation and Board of Directors. She’s also chaired the Madison Civics Club and currently serves on the Green Bay Packers Board of Directors. Tapping into her unique and robust skillset, she continues to be an invaluable member of the United Way family – and a cherished, contributing member of the Dane County community.

“Marcia is the very embodiment of a strong, fearless, inspiring woman,” says Renee Moe, President & CEO for the United Way of Dane County. “We’re honored she leads with her passion, expertise and dedication to generously serve others right here in Dane County. Marcia is a fierce advocate for family well-being and has played a key role in our work for nearly a decade. Our community is stronger because of Marcia’s advocacy for local families and nonprofits. When local families are strong, our whole community does better.”

Women United is a diverse, vibrant community bound together by a powerful sense of belonging – to each other, to its mission and to the community. Women United members fight for the education of every child in Dane County. This local network of more than 1,000 individuals is an emerging force, investing in and advocating for quality educational experiences from early childhood through high school.