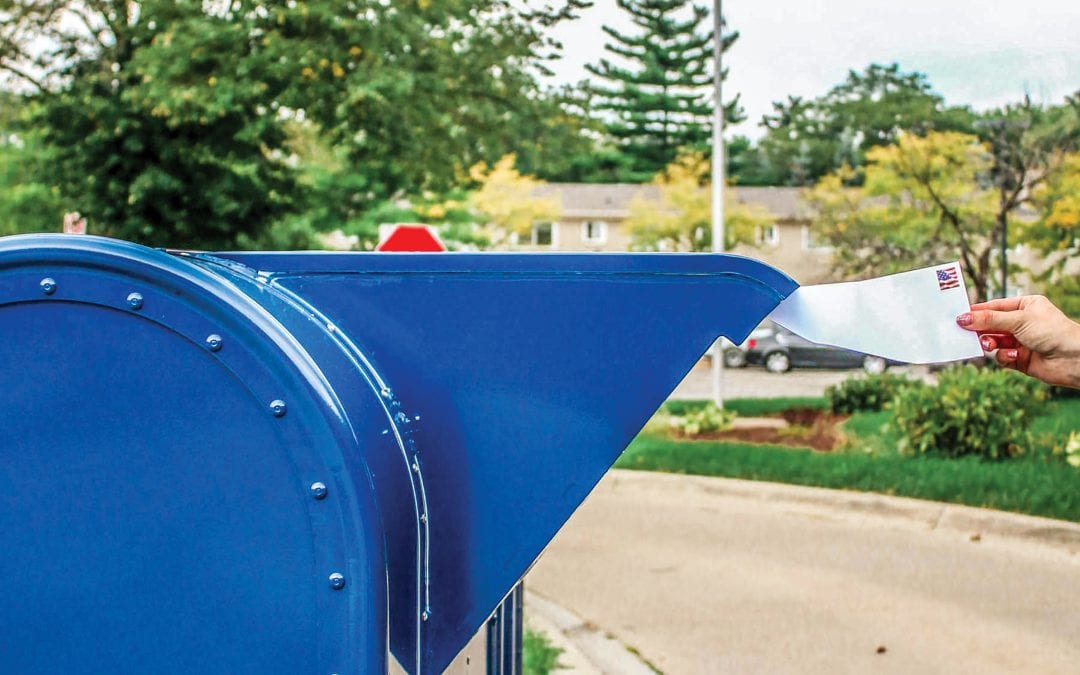 As coronavirus rates continue to spike in many areas across the U.S., most states are making it easier to vote by mail in local elections as well as the upcoming presidential election on Nov. 3. But each state has its own rules for mail-in or absentee voting. Many are still in the process of deciding how to handle voting during the pandemic. And with different terms getting thrown around, it can be difficult to figure out what all of the different options actually mean.

Here’s what you need to know about the different voting options available to you on election day and how to find out what your state is doing.

Every U.S. state allows mail-in, absentee voting, but typically only under certain circumstances. For example, in the past, many states only allowed you to get an absentee ballot if you were deployed with the U.S. armed forces, were going to be out of town on Election Day or were ill.

Amid the pandemic, however, at least 35 states have changed their mail-in absentee voting policies, allowing all voters to apply for an absentee ballot to cut down on the risk of spreading the virus. Some states are calling the expanded criteria for absentee voting “no-excuse absentee voting,” a term that indicates you don’t need to explain why you want an absentee ballot as you have in the past — but you’ll still need to fill out an application and request one, either online or through mail.

However, other states have decided to automatically send every citizen an absentee ballot or a form to fill out to request one. That’s when we start to see the term mail-in voting — as opposed to absentee voting — used to refer to a wider policy of absentee voting for all.

If you’re in the U.S., you must be registered to vote before you’re eligible to get an absentee ballot. (You can register to vote online in 40 states and the District of Columbia.) But if you’re currently overseas or a military member, you have some other options.

To find out your state’s current absentee ballot laws, you can use this tool to find your state or local election office.

What is mail-in voting?

The terms absentee voting and mail-in voting are often used interchangeably. However, some election officials have started using the term “mail-in ballots” or “vote by mail” because they’re expanding absentee ballot eligibility during the pandemic to include people who aren’t actually absent from their precinct at the time of voting.

In a number of states, including California, Delaware and Illinois, ballots will automatically be mailed to every eligible voter without request or application needed, so some election officials are using the terms “all-mail voting” or “universal vote by mail.” Still, a limited number of polling places will likely be available for those who want to vote in person.

So, what’s the real difference between absentee ballots and mail-in voting?

Will my mail-in ballot count toward the final election result?

Yes. All votes are counted in local or presidential elections, whether you cast a ballot in person or by mail. A common myth is that absentee ballots are only counted during tight races, but this isn’t correct. Many elections have a clear winner and mailed-in ballots, many of which are from abroad, are sometimes counted in the days after, which gives the impression they weren’t included in the count. The final tally, however, does reflect mail-in ballots. As mail-in voting becomes more popular, they will be more integral to upcoming election results, Vote.org noted. Election officials also say it’s nearly impossible to commit voter fraud by mail.

On Sept. 3, the U.S. Department of Homeland issued an intelligence bulletin warning that Russia is likely to continue amplifying criticisms of vote-by-mail processes to undermine public trust in the U.S. electoral process.

It’s important to note that mail-in ballots — both traditional absentee ballots and widespread vote-by-mail ballots — can be rejected. In the 2016 presidential election, missing or unverified signatures, and late arrivals were the most common reasons a ballot wouldn’t be counted, according to a U.S. Election Assistance Commission report. Make sure you read the directions on your ballot carefully and fill it out correctly. And when applicable, check your state’s deadlines for requesting or mailing an absentee ballot to make sure you get it sent in time.

What other types of voting are there?

Other types of voting include:

In-person voting: This is what you usually think of during an election: People going to a local polling location to cast their vote in person on Election Day or before.

Early voting: Most states allow qualified voters to cast a ballot in person during a designated time before Election Day. Early voting could begin as early as 45 days before an election, or as late as the week before. The goal is usually to increase voter turnout and decrease congestion at the polls on Election Day.