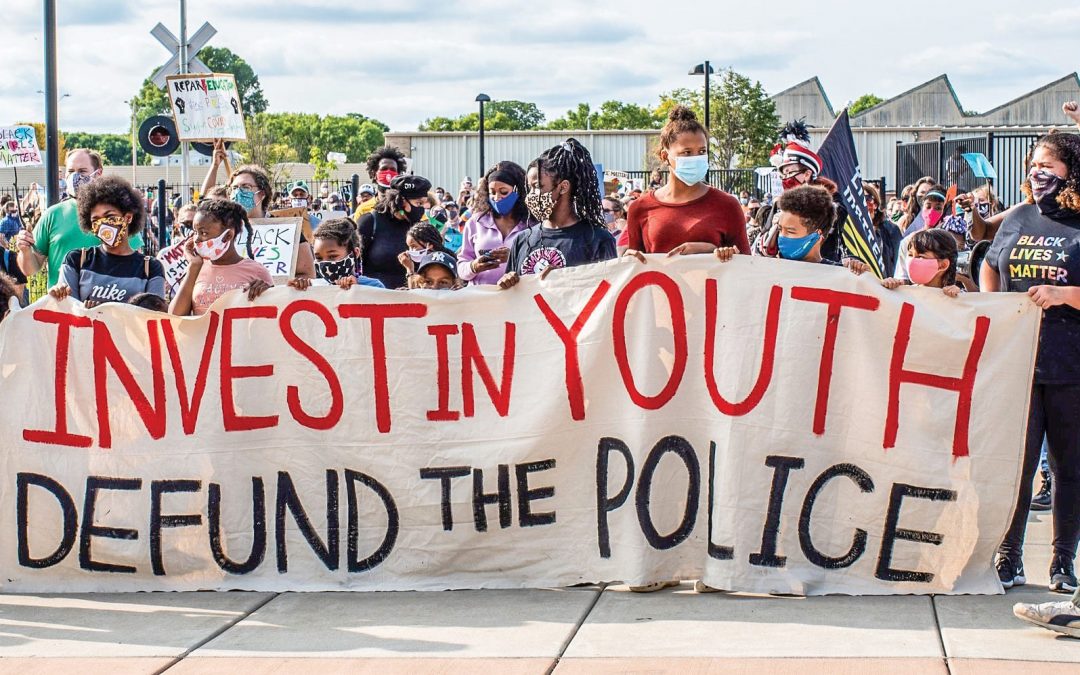 Age has no limits when fighting for racial justice and equality.

Historically, children play important roles in racial justice activism. For many, it was no surprise then to witness hundreds of Madison children and parents gathered at McPike Park to take part in the Kids March for Black Lives. In a unified front of support, over 70 local organizations collaborated efforts for the children’s march in solidarity with the Black Lives Matter movement.

The pint-sized demonstrators  ꟷ some in strollers, some on parents’ shoulders and some using their own two feet ꟷ held handmade signs calling for racial justice and equality as they sweetly chanted, “Black Lives Matter.”

The afternoon event, held Sept. 13, included a short but poignant teach-in about movement demands. There were also several fun stations for kids to decorate with chalk and make protest signs.

The brutal police killing of George Floyd on the evening of Memorial Day in Minneapolis has galvanized a movement across the country that has called for fundamental changes to police and other racist systems under the Black Lives Matter banner.

Organizers, through a Facebook post, wrote: “This event is hosted by allies in the Movement for Black Lives and is geared towards children who, like most of us, will benefit from some unpacking of what ‘safety’ really means. As allies we understand the importance of centering the voices of those most impacted by racism, capitalism, and state violence and we are thrilled to be creating an event that attempts to do this and to push our city’s analysis beyond platitudes and abstract intentions to concrete action that will change the conditions that create and are created by white supremacy.”

Photographer Shalicia Johnson photographed the march. Johnson, owner of ArrowStar Photography, has worked in education for years. She said she knows the future is bright when looking into the children’s eyes and faces at the march.

“As an early childhood educator for 25 years, I know that babies at 3 months of age have shown to prefer faces of their own race, and by 6 months they can nonverbally categorize people by their race and gender,” she said.  “Their categorizing and reasoning when it comes to race just becomes more cognitively sophisticated as they grow, and by the age of 3, they have solidly picked up on socialized racial biases, and act accordingly.

“Seeing all of these young children – the young human beings – participating in anti-racist work was so inspiring.  Even toddlers have an innate sense of justice which can be observed on any given day in any classroom, so I know that older children making their own signs knew exactly what they wanted to say and why.  I give all the props in the world to the parents and caregivers who brought their children to the Kids March.  Our kids are ALWAYS watching – it’s literally their job as they’ve only been on the planet for a few years.  Make sure what you are modeling is what you want to see in them as they grow.”

The following images are what she captured from the special day.