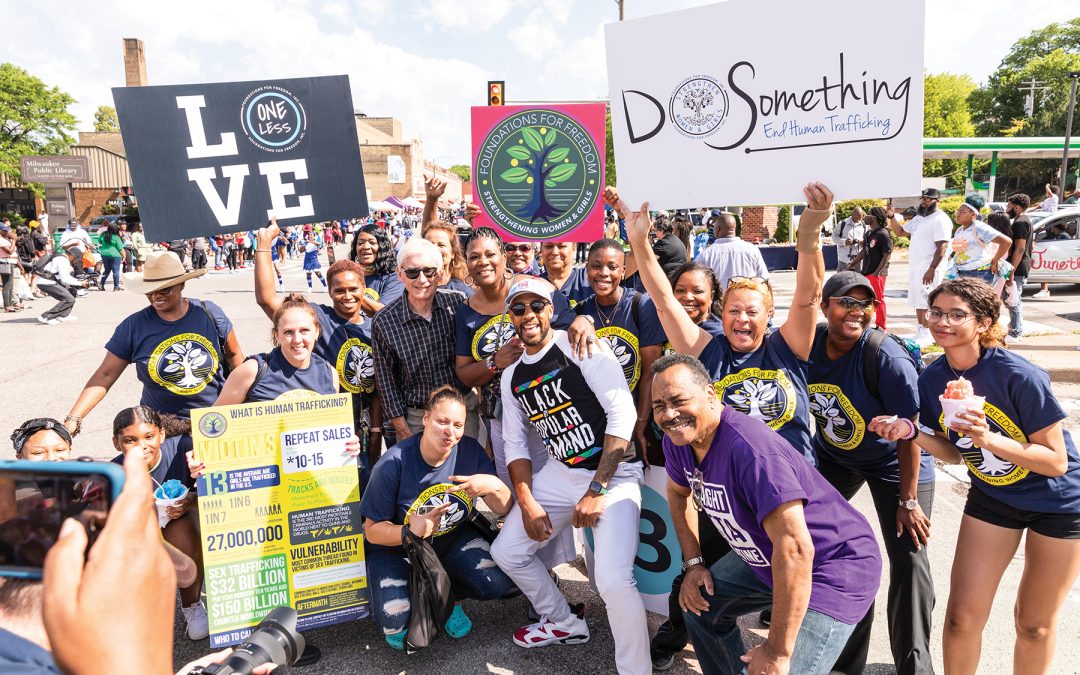 Milwaukee holds the distinction of hosting one of the oldest Juneteenth celebrations in the country. This year marks the city’s 50th anniversary of the annual event, which honors the day in June 1865 when the Union Army brought word of the Emancipation Proclamation to Texas, freeing the last of the country’s enslaved African Americans.

RISE Cycles held its first ever community bike ride to celebrate Juneteenth. It began and ended at Sherman Phoenix. Alice’s Garden Urban Farm had various activities, including the planting of a community garden in honor of Nelson Mandela. And, a basketball matchup between young adults 15-20 years old and Milwaukee Police Department took place to improve community relationships.

“It’s not a Hallmark-branded holiday in any way. Juneteenth is an oral tradition like no other that is shared across generations, and it shows how, in spite of what some people say, Black people have not lost hope in who we are,” Rob Smith, a Marquette University professor and historian, told the Milwaukee Journal Sentinel. “We have not lost hope in the U.S. democracy. It signifies that we are full citizens of this country.”