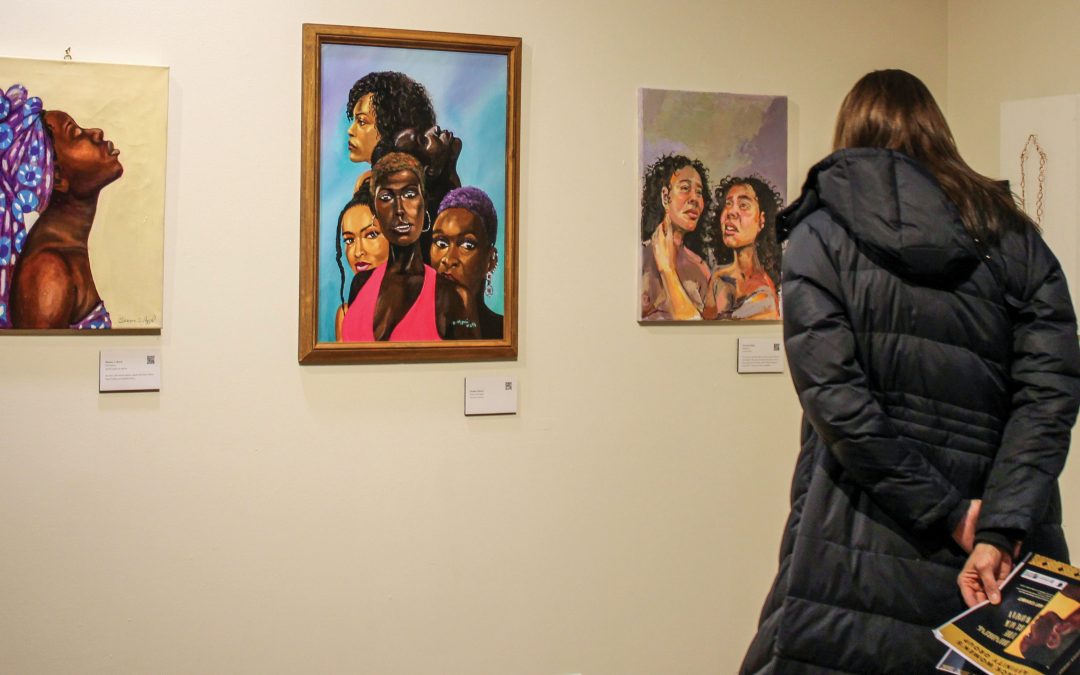 Beloved actress and civil rights activist Ruby Dee once said, “The kind of beauty I want most is the hard-to-get kind that comes from within – strength, courage, dignity.” How apropos for the expressions and powerful imagery on display this past fall during an exhibition called Honoring the Black Woman.

It’s rare to find female artists, but even rarer to find Black female artists. The art world has always represented the dominant white male perspective. Thankfully, change is on the horizon. In fact, the Honoring the Black Woman event showcased more than 15 artists and photographers, from Madison to Africa.

Organizers said that’s why it is time to shine a light on Black female painters, photographers and multi-media artists.

A scholarship was established in honor of Akyea to support Black female students at Madison College. Jordan “Jodie” Pope, a Madison College graduate, said the event was significant because it was created by Black women and Black artists during Black History Month.

“I would argue that Black women have carried this country for a very long time,” Pope said. “Being able to sit in a place where it’s not just the idea that it was created, planned and executed by Black women. … It’s something I’m proud to be a part of.”

Pope recently reported that out of the 29 pieces in the exhibit, 23 of them were available for purchase.  Madison College purchased each one, which are being installed throughout Goodman South and Traux Campuses.  Once installation is complete, a “walking gallery” tour will be made available to share with the artists and the community.