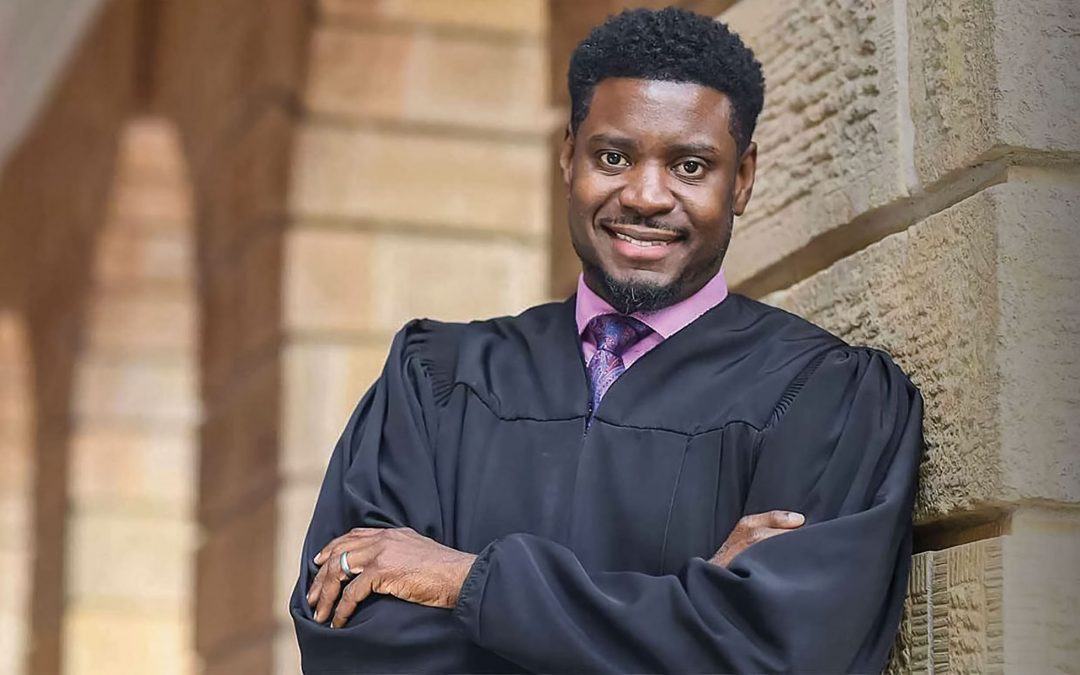 Growing up in Fort Worth, Texas, Everett Mitchell experienced unspeakable trauma. He witnessed sexual abuse and was also a victim of abuse. And he was illiterate.

“It was a secret I had,” said Mitchell, who now serves as a Dane County Circuit Court judge and heads the congregation at Christ The Solid Rock in Madison. “I used to hide it well because I could do things like mathematics and chemistry.”

When Mitchell graduated from high school, he was set on working as a bagger at the local grocery store, until he received a call from Jarvis Christian College, historically Black Christian university in Wood County, Texas.

Mitchell enrolled at Jarvis. In the beginning, it was tough. He said he failed at everything. However, two women, Daisy White and Margaret Bell worked with him.

He is a graduate of Morehouse College, Princeton Theological Seminary, and the University of Wisconsin Law School. One of his quotes he believes in is by James Baldwin, “Not everything that is faced can be changed, but nothing can be changed until it is faced.”

Mitchell’s inspiration for attending law school was a man named Eddie whom he met, while at Madison Urban Ministry. Mitchell supported men and women coming out of prison and had been working with Eddie to get him a job. Mitchell said people were disrespectful to Eddie and other clients.

“I said to myself if I had a law degree, I bet you they wouldn’t talk to me like that,” said Mitchell, who is a proud member of Omega Psi Phi Fraternity.

Mitchell studied for the test and met with a counselor at the law school. He was accepted in March 2007.

Many people like Eddie, White and Bell have made a positive impact on Mitchell’s life. Among them being UMOJA Magazine founder, Milele Chikasa Anana, who was one of the first people Mitchell met when he moved to Madison in 2004.

“She had a special place because she taught me about the power of media and telling the right story, in the right time for the right cause,” he said.

Mitchell still has a letter Ms. Milele wrote to him years ago.

“You don’t make it by yourself,” said Mitchell. “They don’t all come at one time but at that moment when you need them to be present, they are present.”

Mitchell advocates for youth and stresses the importance of education, experiences, and exposure. He worked with the Madison school district several years ago to set up the Office of Youth Re-Engagement. The office focuses on restorative justice and alternative learning experiences for youth. Mitchell said without education there is no path to success.

“We can sugar coat and talk about justice and fairness but at the root of it, there has to be a commitment to education,” he stated.

Mitchell also works with Above the Clouds, (now called Young Eagles “Wings to Fly”), a program that offers youth an opportunity to experience flying.

Susan Schwaab with Young Eagles was a trusted advisor and supporter when she started the program in 2019.

“Not only did he help identify youth who could benefit from the program but also volunteered at many events,” Schwaab said. “As a member of his church, I have seen the impact of his caring presence and the admiration that youth have toward him.”

The importance of youth having supportive people in their lives and seeing representation in the community is not lost on Mitchell. Although he serves as the judge presiding over the county’s juvenile division and drug court program, Mitchell remains pastor of Christ the Solid Rock Baptist Church. He said he’s continued to serve as pastor to be an example for youth in his church. Mitchell said he didn’t want the first time they saw a Black judge to be in the courtroom.

Mitchell’s advice to young people who may face challenges when reaching for their dreams is to keep going.

“Don’t be overwhelmed by starting small,” said Mitchell. “It’s the small seeds that you plant that can grow into big fields that can transform your world later on.”