by Courtesy of the University of Wisconsin-Madison and written by Kelly Kwiatkowski | Nov 14, 2019 | Making a Difference | 0 comments 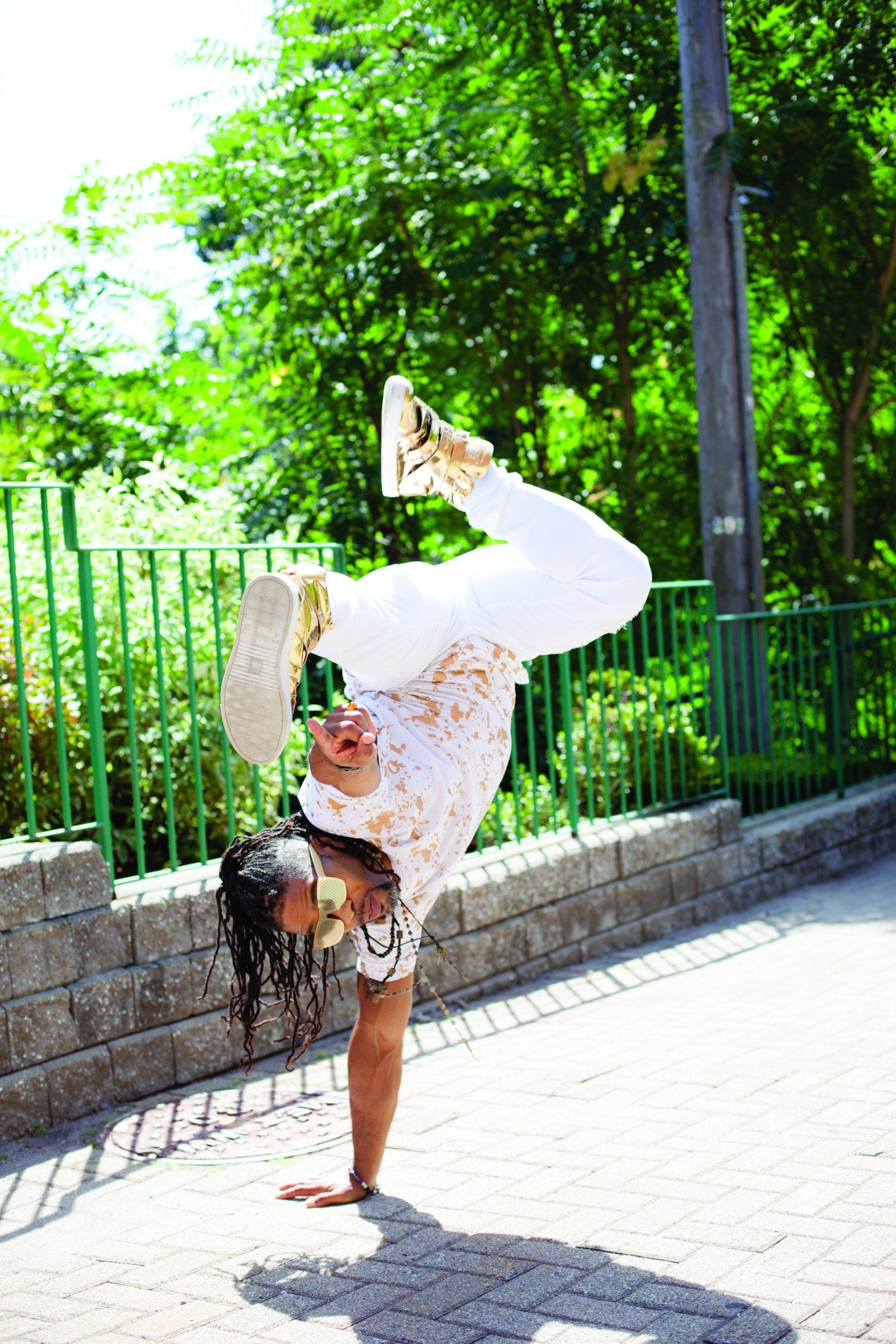 Choreographer and performer Duane Lee Holland Jr. joined the University of Wisconsin-Madison Dance Department this semester as its first hip-hop scholar on the faculty.

“It’s an honor to be a part of the UW-Madison Dance department,” Holland said. “I look forward to learning, working, and building with my colleagues.”

Holland comes to UW-Madison after serving as an associate professor of dance and hip-hop instructor at Boston Conservatory at Berklee. His professional background includes performing with some of the top hip-hop and modern dance choreographers in the world, including Ronald K. Brown, Garth Fagan, Bill T. Jones and Makeda Thomas. He has served as the assistant artistic director of Rennie Harris Puremovement, the first theatrical hip-hop dance company in the U.S., and performed in the original cast of “The Lion King” on Broadway.

The dance faculty decided it was time to redesign the curriculum to holistically integrate the influences of Black identity, culture and experiences into the degree and certificate programs.

“Hip-hop is extremely popular among our students,” said Kate Corby, associate professor and chair of the Dance Department, “but hip-hop in higher education dance programs across the U.S. has been persistently marginalized – our own department’s classes have always been offered as elective courses, taught by adjunct faculty.” One of the obstacles that prevents hip-hop from taking a more prominent role in university dance departments is that major artists in the field seldom have terminal degrees. Holland has both a master’s in fine arts degree in choreography from the University of Iowa and an extensive professional background in hip hop and contemporary dance.

Holland’s hire was facilitated through the university’s Target of Opportunity Program (TOP), an initiative designed to recruit and retain faculty from underrepresented populations to “greatly enhance the quality and diversity of an academic department.”

He was invited to campus by the members of the Dance Department faculty for a guest artist residency in October. He taught three movement classes for dance degree students in hip hop, jazz, and improvisation, gave a guest lecture on the history of hip-hop and participated in an informal conversation about professionalism, artistry, and building a creative life in a senior seminar class.

Holland was very well-received by students. One remarked that students study ballet and modern dance but “hardly ever get to talk about how hip-hop or Black dance are so integral to our culture, and how they’re such an important part of American dance.” She said that she appreciated what Holland offered in class about those issues.

“Hip-hop dance is a uniquely American cultural and artistic expression that was shaped by the violent forces of the African Diaspora,” said Chris Walker, associate professor of dance and former artistic director of the First Wave Program. “Beginning in the South Bronx, it emerged as a collective response to oppression and disempowerment all across the United States and now the world.”

Hip-hop has become a highly valued contemporary dance form that distinctively impacts the contemporary dance stage, he says. “It is our intention to prepare our dancers for the world they are about to enter – to give them tools to be thought leaders and creative problem solvers, and to pass on the deep knowledge of the history and philosophy that shaped this unique American cultural expression.” In order to do that, he says, dancers need access to diverse forms of movement aesthetics.

“We believe our students’ artistic growth will benefit from focused technical study of the diverse cultural ways of moving that hip-hop dance technique offers,” he said.

With this hire, the department will be able to offer beginning to advanced levels of hip-hop technique, as it does in other techniques, such ballet and modern dance, thus placing African Diasporic forms on an equal level with their white cultural counterparts in the curriculum.

“We hope with this addition to the faculty we will craft deep, integrative, and long lasting changes in the way in which diversity is conceived and implemented in our curriculum,” said Corby. “We believe Duane’s versatility as a teacher and artist, along with his warm and professional engagement with students, will be a great benefit to the department.”

Holland is teaching two courses in the fall: History of Hip-hop Dance (Dance 560) and Hip-hop Technique (Dance 115). The department expects Holland’s research and teaching in Black dance forms including hip-hop, jazz, and musical theatre to be central to its vision of change, keeping the department on the vanguard of dance in higher education.