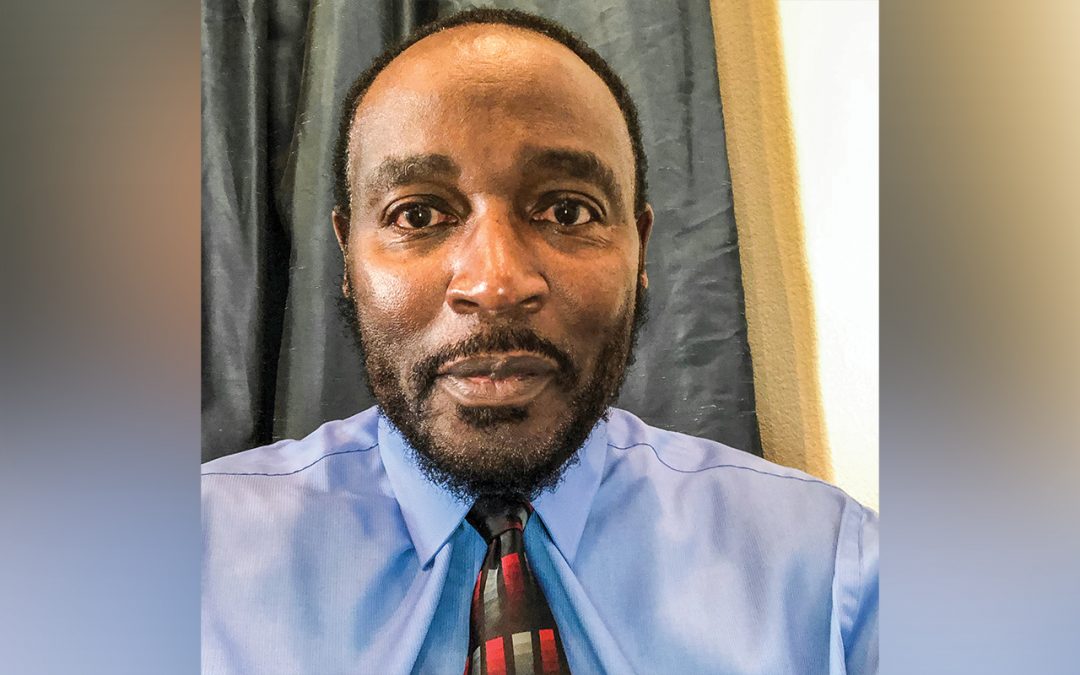 Leonard Davis remembers waking up dazed and confused on the cold floor of his Victorian home in Milwaukee. For nearly a week, he’d been battling an illness 10 times worse than any flu he ever got before. Breathless from the few steps he’d take to get to the bathroom, he finished, turned the light off, slowly walked out, and his body went limp. He laid unconscious for nearly 30 minutes.

His brother, who was living with him, collapsed similarly days before.

Turns out Davis contracted COVID-19. So did his 60-year-old brother, their 86-year-old mother, and Davis’ 21-year-old son who was in town visiting his father from Colorado Springs, Colorado, while on military leave.

None knew the horrific toll that loomed. For Davis, his journey from infection to recovery was a nightmare.

It was March 2020, when the first reports of coronavirus were barely making headlines.  Nearly one year ago, Milwaukee became Wisconsin’s coronavirus ground zero. The Davis family is among the first known multigenerational cases of COVID-19 in Wisconsin.  Davis agreed to this exclusive UMOJA Magazine interview to alert others, especially the Black community, that the virus is insidious. It doesn’t respect race, age, income bracket or geographic boundaries, and “we need to do everything possible to prevent its spread,” he said.

Davis is a Milwaukee native who graduated from Marquette University with a BA in business administration and information technology.  A doting father of three, Davis works as a Cloud Architect for a large technology firm. He is fascinated with science fiction and the intricate workings of computers. Considerably fit, he takes daily meds to control his blood pressure and heart disease. Just before feeling like a cold was coming on, Davis had learned he was vitamin-D deficient and had started “loading up” on the supplement ꟷ a factor he believes would later prove to be a crucial advantage.

The family gathered around the first Sunday of March at his mother’s house, unaware of a silent threat among them.

“I remember I wasn’t feeling well,” said Davis. “My sister, myself, my brother and my mom were all together and three of the four of us were coughing and not feeling great. I thought it was just a cold coming on.”

Three days past and the symptoms grew worse. His body ached and fatigue blanketed him.  He couldn’t shake it. Neither cold the other family members.

“By this time, I thought it was the flu,” Davis said. “I had been following the news about COVID being on the east coast and west coast. But I didn’t think it was here in Milwaukee.”

His brother, Ralph Davis, decided to go get a COVID-19 test on March 19. The Washington High School basketball coach was told to expect a call in 24 hours. The call never came. Both men isolated themselves in their bedrooms to fight what was ailing them.

“The day after his test, I heard a loud thump on the floor,” Leonard Davis said. “I was really sick at this point but managed to go see what had happened. My brother had actually fell out. He was unconscious on the floor.”

Leonard Davis called 911 and paramedics arrived in hazmat gear. His brother was alert by then and both men had temperatures that were holding around 99 degrees.

“They asked us if we thought we had COVID?” he recalls. “I thought what I had something worst that the flu, but wasn’t sure. Then they offered to take my brother to the hospital, but he refused.

“He said, ‘No, I don’t want to go to the hospital, I don’t have COVID … I got tested and no one has called me back to let me know whether I’ve tested positive,’ ” Leonard Davis added.

Ralph Davis, a diabetic, refused to be hospitalized. Afterwards, efforts to walk on his own resulted in more collapsing episodes. He would say, “I’m ok. I just need water.”

The symptoms were unimaginable, he said. Family and friends began bringing fruits, soup and water for the brothers at their doorstep. But the illness left them both feeling like they received a one-two punch from a heavy-weight boxing champ.

Some days later, Leonard Davis, too, found himself waking from an unconscious state on the floor. “I realized something was really wrong and I began to become afraid,” he said.

On his way back to his room, he said he noticed his brother was breathing heavily.

“I checked on him and he said he was ok, but sleepy,” Leonard Davis recalls. “My mind was so cloudy. All I could think about was making it back to my bed without falling out again.”

Leonard Davis fell into a deep comma-like sleep, experiencing hallucinations including feelings of being trapped with aliens and demons, surrounded by computer codes.

“When I woke up hours later, it was quiet in the house,” Leonard Davis said. “A dead silence. It was a lot quieter than I had expected. So, I made my way out of the bed to go and check on my brother and he had passed away.”

Ralph Davis was pronounced dead on March 25. The COVID test result he’d been waiting for came that same day. It was positive. The beloved high school coach, with a heart of gold and genuine spirit of love,  was heralded as a man who pushed people forward and a mentor to all.

Leonard Davis thought it was his turn next.

“This was worse than any flu I’ve ever had, so I thought this was it for me, too,” Davis said.

As he informed the family, his elderly mother was taken to the hospital to get tested the next day. She ended up on in the hospital on a ventilator battling the novel coronavirus. His son, who had returned to his Army base was tested positive but only experienced mild complications.

Davis called his children’s mother and began putting his affairs in order. He told his children how much he loved them, and he called his boss to say: “It’s not looking good for me. I don’t think I’m going to make it.”

Bedridden, the weight was falling off. He was too weak to walk more than 10 feet, much less bathe. Everything he ate tasted like paper. His children called scared and crying, and friends called with deep concern. But Davis stayed isolated.

“I avoided calls from my sister because I thought she might be calling to tell me our mother passed away and I didn’t want to hear that,” said Davis, describing his third week of fighting the coronavirus. “I turned off the news, too.”

Davis eventually was prescribed a cough medicine for the stubborn cough and made a promise to himself to go to the hospital if his symptoms weren’t clearing up. A call to 911 was fruitless. Davis’ temperature and oxygen saturation rate didn’t meet parameters required for transport to a hospital.

“They told me the hospitals were full,” Davis said. “One guy told me, ‘We know you’re afraid but continue to take your medicine and try to stay quarantined at home.

“I stopped being afraid to die. I know I did all I could do. And whatever is going to happen, will happen,” he said.

Leonard Davis beat COVID-19. So did his mother and son. The love of family and neighbors aided in his recovery.  He was strong enough to attend his brother’s funeral about a month later.

When alone with his thoughts, he said second guesses himself, wondering “what if” his cherished brother could have survived, too, had alternative decisions been made.

“I always wonder why him, not me … why not both of us?” said Leonard Davis, still struggling with the loss of his brother. “I also wonder what I could have done differently. Maybe if I wasn’t as sick, I could have been more rational in my mind and push for other things. I’ve spent an entire year doing that to myself.

“Then, I realize there wasn’t a whole lot I could have done. None of us knew anything about COVID in March,” he added.

When getting back to normal, Davis learned five of his friends died from complications with COVID. He said he also found himself worried whether others would shun him for fear of contracting the virus.

The virus, which spread around the globe, claimed its first victims in Wisconsin on March 19. As of Feb. 15, 2021, there have been at least 607,213 COVID-19 cases reported and an addition, 6,749 people have perished from the wicked virus in Wisconsin since the beginning of the pandemic, according to health reports.

The day following the UMOJA interview, Davis received the COVID-19 vaccination. When asked to describe COVID-19 in one word, Davis said “beastly.” 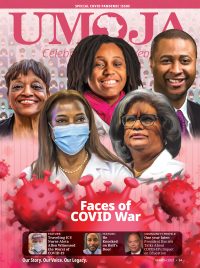