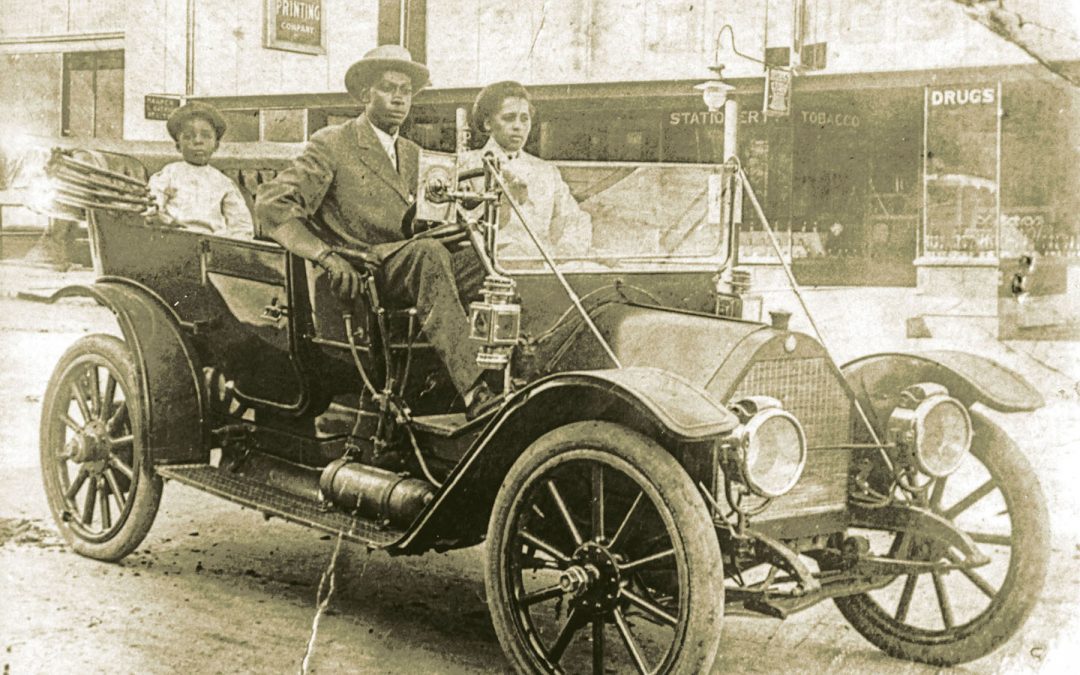 Amani Latimer Burris is a proud descendant of Greenwood. The infamous community in Tulsa, Oklahoma, became the mecca for Black entrepreneurs known as Black Wall Street. The then-thriving Greenwood neighborhood had built businesses, livelihoods and a community, including its own doctors, schools, theaters, churches, salons and boutiques. Among the leaders and intellectuals attracted to the area was author and educator Booker T. Washington, who gave it the moniker “Black Wall Street.”

All was destroyed in sweeping acts of violence, now known as the “Tulsa Race Massacre,” “Tulsa Race Riot of 1921,” or the destruction of “Black Wall Street.” Some 300 African Americans perished within the community’s 35 square blocks and roughly 9,000 were left homeless.

Latimer Burris’ parents ꟷ Dr. James Latimer, emeritus professor and Madison music icon James Latimer, and Milele Chikasa Anana, beloved publisher of UMOJA Magazine and Black community trailblazer ꟷ  were raised there, years before making Madison their home. Relatives, on both sides of her family, not only survived the 1921 Tulsa Race Massacre and internment camps, but went on to help rebuild Greenwood.

As a descendant, Latimer Burris headed south to Tulsa to grapple with the legacy of what was lost, acknowledge the heroism of the ancestors and question where exactly to go from here. The event, titled the Remember & Rise: Tulsa Race Massacre Centennial, Latimer Burris shares the experience in her own words:

When President Joe Biden and Vice President Kamala Harris arrived in Greenwood, in North Tulsa this past summer, their arrival was on sacred ground.  They came to Greenwood in formal recognition of the 1921 Tulsa Race Massacre:  an unconscionable event which was one of the darkest and deadliest racially motivated events in U.S. history.

The presidential visit not only honored those who had suffered and survived this horrific event and further highlighted its centennial memorialization but also put this denigration to the American dream onto the full radar of American history.

Hundreds gather for candlelight vigil to honor the massacre victims, survivors and descendants. The events encourage present-day healing of past, yet lingering, wounds. Events included a Black Wall Street Legacy Festival, the National Black Power Convention, a dedication of Prayer Wall, and the Black Wall Street Memorial Unveiling at the Greenwood Cultural Center, among others.

How the centennial events came to be is deeply ingrained in memory. It was a prideful story that was deeply buried in fearful-shame, riddled with honored-disgrace, filled with innocent-guilt, covered up with guided-misinformation pushed by humbled-arrogance which led to decades of transparent-deception.  A tragedy that, until recently, remained unknown to so many as it was willfully buried deep in politics, power, preservation and family, including my own.

In its heyday, Greenwood was an economically thriving town within Tulsa.  T-Town, as it was affectionately known as by those who lived and breathed in the once self-sufficient city.  A fully functioning, independent city within a city that, in today’s dollars, was home to the most Black millionaires and businesses in the country at the time.

Then, on May 30, 1921, everything changed after a young Black shoe shiner, was accused of assaulting a white elevator operator in downtown Tulsa. The next day the Tulsa Tribune printed a story falsely claiming he tried to rape the woman in the elevator. For the next few days, the once-prosperous community became a warzone that was burned to ashes by a mob who wielded their privileged will under the pretense of a false incident.  More than 1,400 homes and businesses were burned, and nearly 10,000 people were left homeless. Despite its severity and destructiveness, the massacre was barely mentioned in history books until the late 1990s, when a state commission was formed to document the incident.

One hundred years later, the state would finally acknowledge the 1921 Race Massacre, which had been dutifully deemed “a race riot” knowing riots were not payable by insurance.  No pay out.  No responsibility.  No compensation.

One hundred years later the unacknowledged torching of millions in property,  the looting of more, the killing of untallied numbers of townsfolk,  the dumping of bodies in mass graves, the incarceration of those victimized, the blocking, the fettering, the suppression of the attempts to rebuild, want to suffocate the survivors with silence, the need to deprive generations of Americans of the truth,  all served and attend to the depredation of life, liberty, property and the pursuit of the American dream.

In its aftermath, despite the use of threats, coercion and ongoing exercise of interference and intimidation, this generational affront would immediately and quietly start to rise from the ashes.   This deed to rebuild displaced the weight of fear with a story of will, rebirth and regeneration.  This manifestation willed the survivors to overcome the weight of the past, the demand and responsibility to rise and thrive into what was possible when committed.

In this the story of Greenwood and its rising is the generational story of story of me, my children, my mother, and hers.  An untold but inspirational American story of us ꟷ everyday people ꟷ who were determined to continue to pursuit the American dream.

One hundred years later, I would now know that my grandparents, aunts, uncles, cousins; the ones who filled us with hugs and kisses and smiles; the ones who gathered around family, food, and the festivities of life rose with the will to survive against all odds with the command to thrive beyond their circumstances.

Subsequently, this rose in my parents, rises with me and is willed to rise in my children, thereafter.

So, this time going back to T-Town as an educated tourist in my own family history, in my own backyard, I walked around Greenwood absorbing history.

A plaque engraved:  Architects -Latimer Brothers, into the stone of the once burned but now rebuilt church, serves as a mark of inspiration of possibilities against probabilities.  Across the train tracks into Deep Greenwood ꟷ the Oklahoma Eagle, a Tulsa-based Black-owned newspaper ꟷ underscored the importance of having a voice and being dogmatic about the importance of a truth-based point of view.

The newly constructed and curated Greenwood Rising Museum now carries a path to the way to the future by acknowledging and learning from the past. The GAP Band, for instance, paid homage to its roots. The Gap Band was an American R&B and funk band that rose to fame during the 1970s and 1980s. The R&B, funk band consisted of three brothers: Charlie, Ronnie, and Robert Wilson, along with other members; named the group after streets (Greenwood, Archer, and Pine) in the historic Greenwood neighborhood.