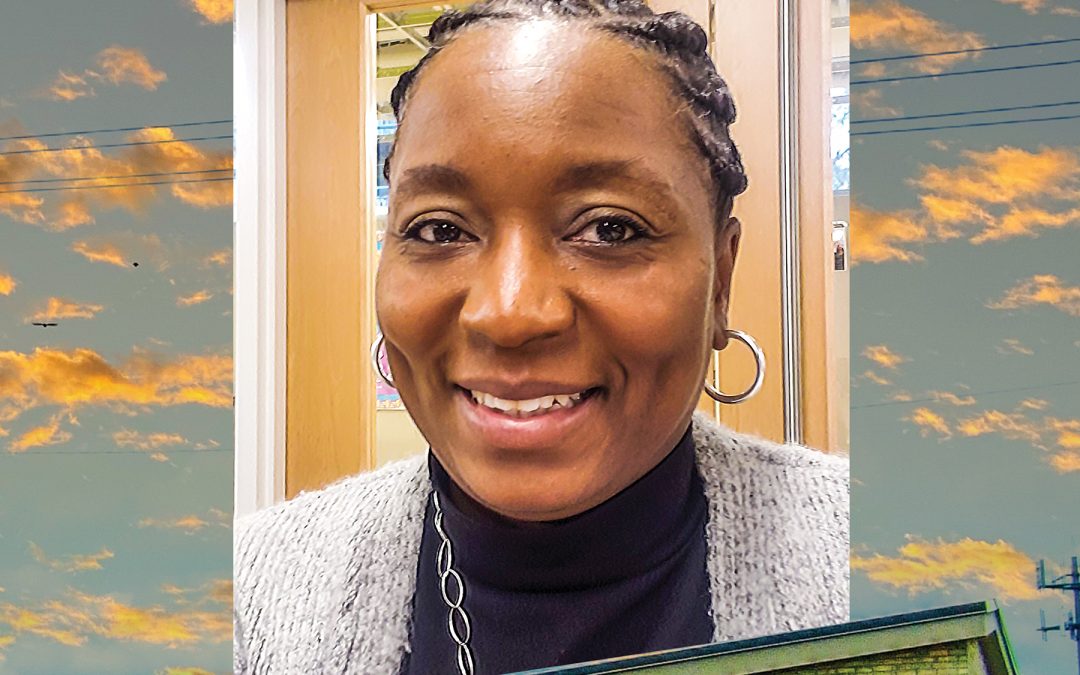 In the book, “To Kill a Mockingbird”, author Harper Lee writes: “You never really know a man until you understand things from his point of view, until you climb into his skin and walk around in it.” This quote is said to be a derivation of an old Cherokee proverb which states, “Don’t judge a man until you have walked a mile in his shoes.”

Both, in essence, are lessons in understanding the importance of empathy in living a meaningful life. Either could explain in part why Letesha Nelson is a perfect fit to lead one of the largest community centers in Dane County.

Nelson joined the Goodman Community Center (GCC) as its CEO and executive director in January. The nonprofit organization is a vital community resource which helps more than 35,000 people annually. It aims to strengthen the lives of people from all walks of life, and all ages, through its life-changing programs and services.

“In the last six months I have learned how I have always been connected to the community in everything I’ve done,” Nelson said. “Every job I’ve had up until now has positioned me for this. It’s where I’m supposed to be.”

The road to the new executive chair was bumpy. Nelson grew up in the Sherman Park neighborhood in Milwaukee. Back then, kids could visit playmates up the street unaccompanied by an adult. The racially diverse community brought comfort and a sense of unity.

When Milwaukee’s desegregation plan was launched, Nelson was bused to a predominately white school outside of her neighborhood. It rattled her childhood innocence.

“As I grew up I began witnessing segregation even though I didn’t know what it was,” she said. “Me and my sister were sent to another part of town and we, along with another, were the only little Black kids on the bus. The bus driver dropped all the little white kids off where they needed to be, parked the bus and left us sitting on the bus.”

Life became more complicated when she became a teenage mother, got married at 16 with her 1-year-old son in tow. The couple had three children all while Nelson juggled getting her high school diploma and motherhood. The memories, however, were marred by her verbally and physically abusive husband.

She mustered the courage to flee with her children and get a divorce. Trips to a food pantry kept them fed. Preschool and after-school care afforded Nelson the chance to get a job and earn a living wage.

“All of those places I needed to get help back then are right here at Goodman,” Nelson said. “Back then I had to dig deep for some things I didn’t have and call on God, too. What I learned is that everything you’re supposed to have to contribute to the world is already in you. You just have to hone in on it.”

Faith, resilience and compassion lead to Nelson having extensive experience in the nonprofit world and a knack for bridging strong relationships with the community. She has a breadth of expertise in operational efficiency, fiscal responsibility, donor relations, grant writing and programming.

Before joining Goodman, she was the executive director of Children and Family Enrichment at Idlewild, a historic suburb in Memphis, Tennessee. Prior, she also held several positions with the Girl Scouts that spanned 17 years.

The first African American to oversee GCC, she replaced Becky Steinhoff who stepped down after over three decades of leading the organization from a storefront neighborhood center to a 47,000-square-foot campus on the city’s near east side. The organization houses a preschool, 4-year-old kindergarten, afterschool programs for all ages (including countywide Girls Inc.), an alternative high school, an older adult program, food pantry, and fitness center.

At Thanksgiving, baskets of food are distributed to some 4,000 needy Dane County families.

“I have no doubt Letesha is the right person for this job,” Steinhoff said in a statement. “Her mix of compassion, strength and willingness to roll up her sleeves and get the job done is exactly the right fit for Goodman. I know she’ll be a great leader for this organization, and I am confident she and the talented Goodman team will continue to do tremendous work in service to our community.”

The leadership occurred in the onset of the COVID-19 pandemic. With an exceptional staff by her side and optimism in her heart, Nelson successfully addressed declining revenue streams, shelter in place protocol, and increased needs at the Goodman food pantry head-on.

Now, summer programming is underway as Nelson maps out the direction she envisions for the center including diversity, equity and inclusion (DEI) initiatives.

“I want to accomplish a vision around DEI that is intertwined into everything we do,” Nelson said. “We want our staff to be a real melting pot of all cultures and all races and all perspectives. We want them to have a voice that’s lifted up at all times.”