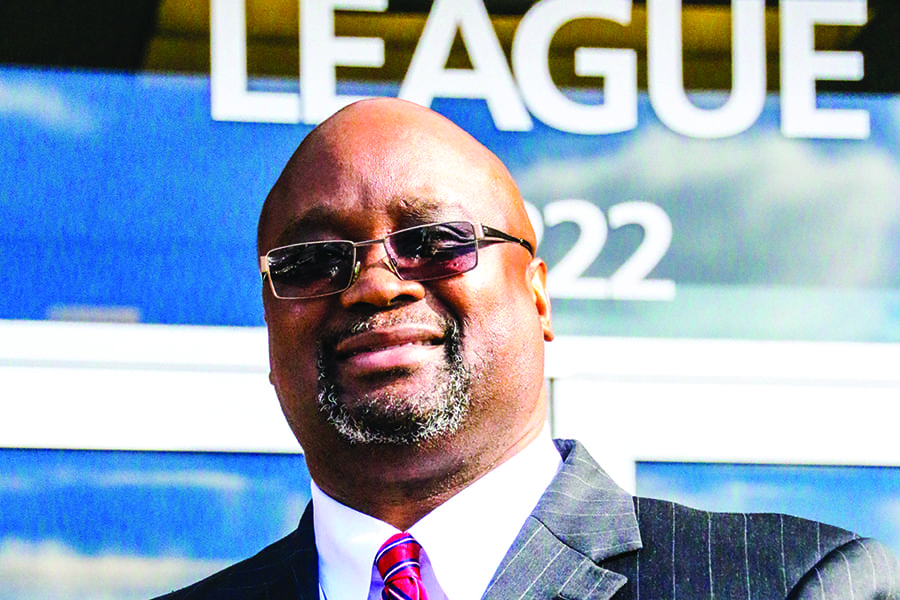 He climbed a long way out of the poverty and crime-filled neighborhood of Yonkers, New York, to ascend to the top levels of Wisconsin State government. Dr. Ruben L. Anthony Jr.’s creative and innovative brand of leadership places him high among other nonprofit leaders. He now conquers new territory in his present role as president and CEO of the Urban League of Greater Madison.

“I feel like this is my calling,” says Anthony of his fifth year at the helm of the high-profile civil rights organization. “The position lines up with my targeted interests and spiritual philosophy of doing right while serving the most people possible.”

His interests to expand career and economic development opportunities to Black people and those historically denied access to resources that enable them to improve their quality of life were amplified during his tenure as the deputy secretary and the chief operations officer for the Wisconsin Department of Transportation.

When department plans were approved for the $810 million Marquette Interchange Project to improve traffic between I-794 along the Milwaukee River, North Avenue, and the bridges carrying city streets that spanned the freeway that merged I-43 to Hwy 145 and I-94, Anthony spearheaded the effort, under Gov. Jim Doyle’s administration. The project provided 25% of its 4,000 jobs to Blacks, women and other underrepresented workers. Anthony also ensured that more than $160 million in contracts were awarded to ethnic and historically disadvantaged businesses.

He carries that same passion and progressive administration into his work at the Urban League in Madison. From helping men and women expunge their criminal records to placing nearly 1,500 people in sustainable wage jobs that put food on the table for many local families, Anthony guides a winning team of staff and community partners.

“Dr. Ruben Anthony has done a great job at the Urban League. Not only has he raised its profile, but he is using every possible avenue to find people meaningful work,” says Wisconsin State Gov. Tony Evers. “He is a true leader who has built strong relationships with the community and the state. I value that positive relationship and his wise counsel.”

In the midst of mass furloughs and lay-offs caused by the COVID-19 pandemic, the Urban League was forced to close its offices on South Park Street for the first time in its 52-year history. Anthony saw an opportunity to pivot organizational resources and challenged his staff to create and implement a workforce  relief and recovery initiative designed to meet the immediate and future demands of job seekers and businesses by offering virtual training and a sustained pipeline of available talent.

Anthony’s out-of-the box approach to add value to the labor market through this continuity of operations plan was soon shared with other national Urban League CEOs and is now a blueprint for other league affiliates to follow across the country.  Anthony is interim president of the National Urban League’s Council of Executives (which includes all of the nation’s affiliates), a trusted mentor to numerous incoming CEOs, and within other nonprofit and management circles.

“He is the kind of person I think of when I hear the phrase ‘born leader.’  That kind of innate ability, combined with his extensive experience, expertise and keen intelligence make him one of the Urban League Movement’s most dynamic and effective chief executives,” says Marc Morial, president and CEO of the National Urban League. “He brings to bear a professional perspective that comes from years in the private sector and extensive experience in state and local government, along with a deep commitment for economic and racial justice. His leadership has been invaluable, not only to the Madison community, but the Urban League Movement as a whole.”

In these uncertain times where tough calls need to be made, Anthony remains optimistic as he reimagines a new normal, extending a calm and steady hand to help steer the agency forward.

His insight and skills are utilized on more than 47 boards and committees that shape policy and determine quality of life benchmarks for thousands of men, women and children. His advocacy for inclusive hiring practices for police and fire departments help to achieve a longstanding effort to diversify staff in ways that reflect the communities they serve.

When he is not in meetings mapping out strategy and tactics, he can be seen on Sundays at Mt. Zion Baptist Church where he is a deacon or found supporting his brothers of Kappa Alpha Psi, Inc. fraternity. The Kappas help connect Anthony to powerful professional Black men operating inside Milwaukee city government. Pioneering figures such as the late William Gore, former head of the city’s fire and police commission; Donald Sykes, former director of the city’s social development commission and Richard Artisan, a former Milwaukee County Sherriff, inspired Anthony to pursue a career in civil service.

Anthony admit he stands on the shoulders of Gore, Sykes, Artisan and so many others. Although his reach and influence in the fight for economic justice, civil and human rights is wide across the state and Midwestern region, he remains humble and accessible. He never forgets the hurdles that stand in the way of our dreams.

Long before he had impressive titles and credentials, there was a teenage girl who found herself at a crossroads in the early 1990s. She had to make a tough decision. Would she choose to step outside her comfort zone and accept an offer from Anthony and his wife Wanda to stay in their East Madison apartment? Or, would she go with her family, those she loved – and move to Milwaukee, a place her mother hoped could offer she and her children a fresh start in life?

“I chose to stay with the Anthonys and not disrupt my academic year or the progress I made in Madison,” says Tanika Apaloo, then known by her maiden name Wilson. “The year I spent with them changed the trajectory of my life. They were my first example of what a Black professional family looks like. They gave me the structure, support and encouragement I needed to succeed.”

Apaloo later received a bachelor’s degree in legal studies and sociology from the University of Wisconsin-Madison. Today, she balances being a wife and mother with her own professional role as the multicultural outreach coordinator for the Wisconsin Historical Society, where she is charged with implementing programs and initiatives that engage and promote under-represented voices and narratives that speak to Wisconsin’s rich and varied way of life.

“Some of my biggest challenges came as a young person trying to stay away from drugs, trying to stay alive. My parents, sports and education allowed me to dream of new possibilities,” says Anthony. “We are very proud of the woman Tanika has become. We all deserve the opportunity to reach our full potential no matter what present circumstances suggest.

“We are here at the Urban League getting the work done for the most who need it,” Anthony stressed.

To find employment or learn about programs the Urban League of Greater Madison has to offer, visit https://ulgm.org. 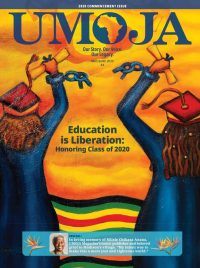