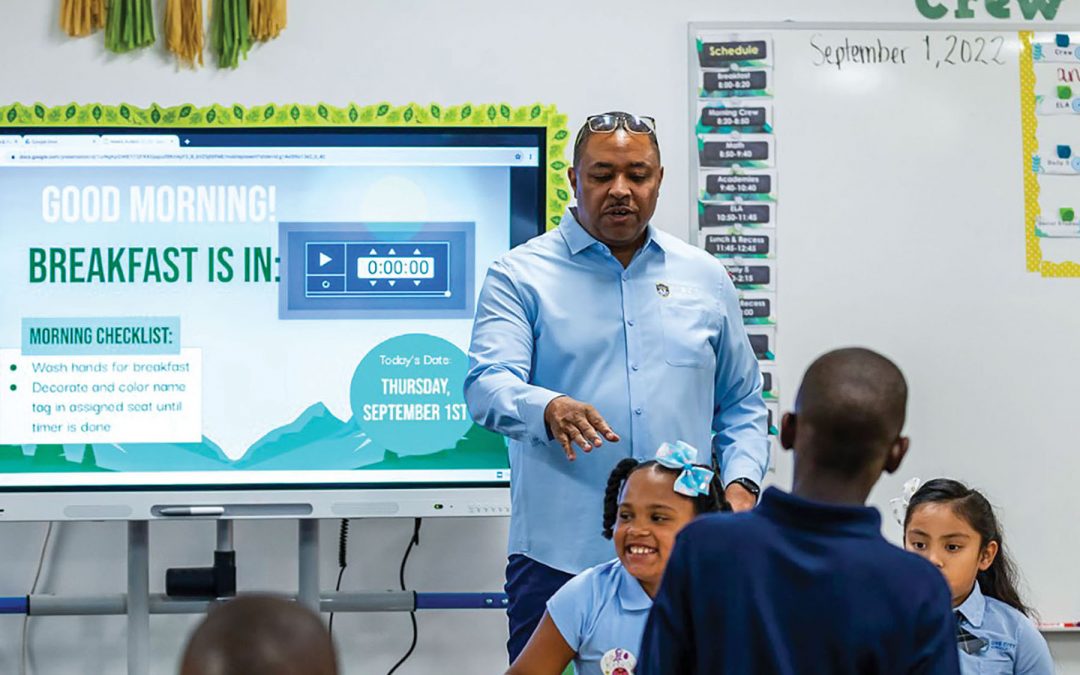 Kaleem Caire grew up in a small neighborhood located two blocks away from the Urban League building on Madison’ South side — a place he refers to as “the heart of the Black community.” Caire fondly remembers this area as a safe place where he and his neighbors strived to support and uplift one another.

Years later, Caire now serves as the founder and CEO of One City Schools, a nonprofit organization that operates three public charter schools: One City Preschool, One City Elementary School, and One City Preparatory Academy for students grades 6-12.

Reminiscent of Caire’s upbringing, One City Schools functions on a “Village” approach, placing an emphasis on bringing communities together to provide an innovative alternative to traditional classroom models.

“That’s where the name One City comes from,” Caire said. “What I’m trying to show with One City is that all of our children have a destination, but it’s going to require all of us to work together to help them get to where they’re going.”

In 2015, One City began as a preschool with just 16 students who attended classes at Fountain of Life Church in Madison. This fall, One City will house 550 students in a $12 million, 157,000 square foot facility previously owned by WPS Health Solutions.

One City is currently in the process of completing a $21 million renovation to the newly-purchased building with plans to be fully completed in January 2023. The fully renovated space will include a tech lab, audio/sound production studios, a barber shop, a performing arts space, a student run coffee shop and more. Upon completion of the renovations, Caire said One City plans to enroll 1,000 students across all three programs.

A great deal of the funds used to purchase the new facility come from a large donation on behalf of American Girl Doll founder and Madison philanthropist Pleasant T. Rowland, who contributed $14 million to One City for the organization to own a “forever home,” Caire said.

In general, fundraising has been paramount regarding the progress of One City as an organization, Caire said.

“The growth of one city has been pretty extraordinary because we relied a lot on charitable dollars,” Caire said. “To do this, we have raised today more than $35 million for our school. From there, most of that—all but 1.5 million—has come from Dane County and from residents and people here. We wouldn’t have been able to do it without that level of support.”

The support from the community has been a vital aspect for the organization not only in terms of financial growth, but for the success of One City students as a whole, Caire said.

“It’s important to me for the community to be able to see that if you work together, you can produce great opportunities and outcomes for your children,” Caire said. “If you don’t work together, then you won’t. And it takes all of us to help move these children forward. Everybody is helping us move this agenda and this dream forward.”

Caire said another one of his dreams in terms of the success of One City is to push students, particularly students of color, to achieve their goals through the school’s unique programming. One of the main aspects of One City Preparatory Academy is that students take college courses through the University of Wisconsin-Madison, University of Wisconsin-Oshkosh and Madison College to earn college credits while still in high school in order to set students up for college success.

“I have that dream of making sure that our children are prepared to change the future for the better,” Caire said. “One City is going to make sure that children who might have had trouble making it to college will be able to take a lot of their college credits in high school. And so, I think about our children who come from undocumented families and things like that. I’m not waiting on the DREAM Act to open up doors. The federal government will probably be another 50 years before they make a way for children. I grew up with these folks. This is my family. So, we’re going to let these kids come to our school and we get a chance to pay for their college credits while they’re in high school.”

Caire said he hopes to be a role model for those students in order for them to realize their full potential.

“Someone sent me an email this morning, and she said, ‘It’s important for our community to see a Black man being able to do something like this,’” Caire said. “But because I’m just doing the work every day,I just didn’t think about it. But I don’t think that there are any other African Americans that have built an organization like this, with an $11.4 million operating budget and 100+ employees. We’ve had people lead organizations like that, but I’ve built it myself. So, for me, I hope that all of our children, Black, brown, everyone can see that this is possible.”

Though One City has seen significant success over the years, the organization still faces a number of challenges. Namely, the onset of the COVID-19 pandemic, coupled with its resulting economic issues, has created issues in terms of staffing shortages, building construction costs, and a general sense of stress upon both students and employees.

“The pandemic pushed all of us backwards, Caire said. Our results this year weren’t where we needed them to be. But, we started out strong and then the pandemic challenged us. I expect we’re going to get even stronger.”

Despite these challenges, Caire believes that the future for One City is bright. He says he believes that other schools will begin to mimic key aspects of One City’s structure, such as early college career programs for students and four day work weeks for instructional staff. 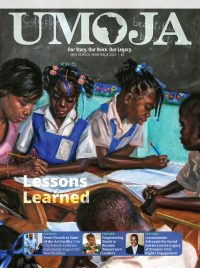