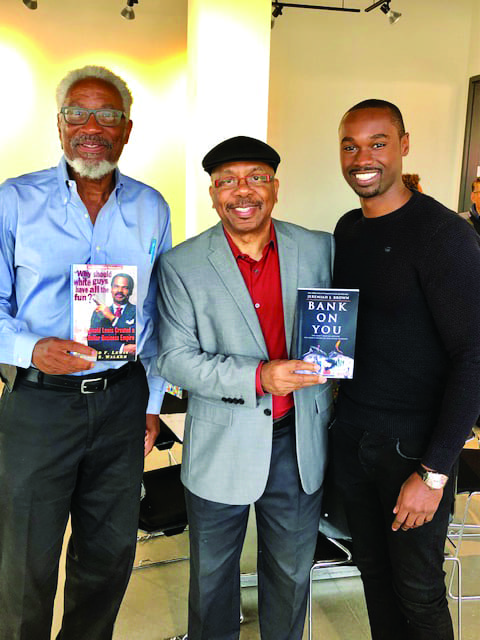 Thus, was the beginning of the MKE Fellows – an ambitious program with a mission to stem the tide of Milwaukee’s brain drain by identifying college bound African American males from Milwaukee and promising them paid internships during their summers while in college. This foresight assurance was first extended to “the Men of Morehouse,” and the concept grew and spread to African American males from Milwaukee who attended any HBCU. The program grew so that MKE Fellows could attend college anywhere.

And, as if this is not enough, the MKE Fellows is developing a mind-blowing expansion plan. As explained by John Daniels III — John Daniel Jr.’s son and collaborator — “MKE Fellows has created a pathway for African American males to maintain and enhance their connection to Milwaukee through paid summer internships even though these students attend various colleges across the country. We are now developing specific plans to expand the Fellows program to Madison and a number of other cities beyond Wisconsin.”

The 2019 edition of the MKE Fellows Financial Forum was held on Aug. 18. Panelists included Kweku Obed, an owner and managing partner at Marquette Associates of Chicago; Jeremiah Brown, public speaker and author (“Financial Freedom: Our Only Hope” and “Bank On You”) from Los Angeles; Miami resident Blair Walker, author of nine books, including the best-selling biography of famous entrepreneur Reginald Lewis; and State Sen. Jason Fields, author, entrepreneur and truth teller. The panelists’ message, most ardently presented by Jason Fields, was that the Fellows should dedicate themselves to understanding the game of capitalism and they should play to win. The Fellows, however, being “post millennials”, were not as enamored with “the game” in its current iteration. “Can capitalism ever deliver a fair shake to the disenfranchised,?” was the first question from the audience of Fellows. And a give-and- take discussion ensued from there.

Local reports such as the Race to Equity and the more recent national report by McKinsey & Company entitled, “The Economic Impact of Closing the Racial Wealth Gap” document that Black Americans have not fared well economically throughout the annals of American history. While the solutions are debated and answers remain elusive, the question, framed most famously by the title of Reginald Lewis’ biography, is undoubtedly universal and perennial within communities of color. That is, “Why Should White Guys Have All The Fun?” Editor’s Note: “Why Should White Guys Have All the Fun?” Is the title of Reginald Lewis’ biography which was co-authored by Blair Walker.