by Article courtesy of the University of Wisconsin-Whitewater and written by Jeff Angileri and Kristine Zaballos | Mar 9, 2020 | Rest in Glory | 0 comments 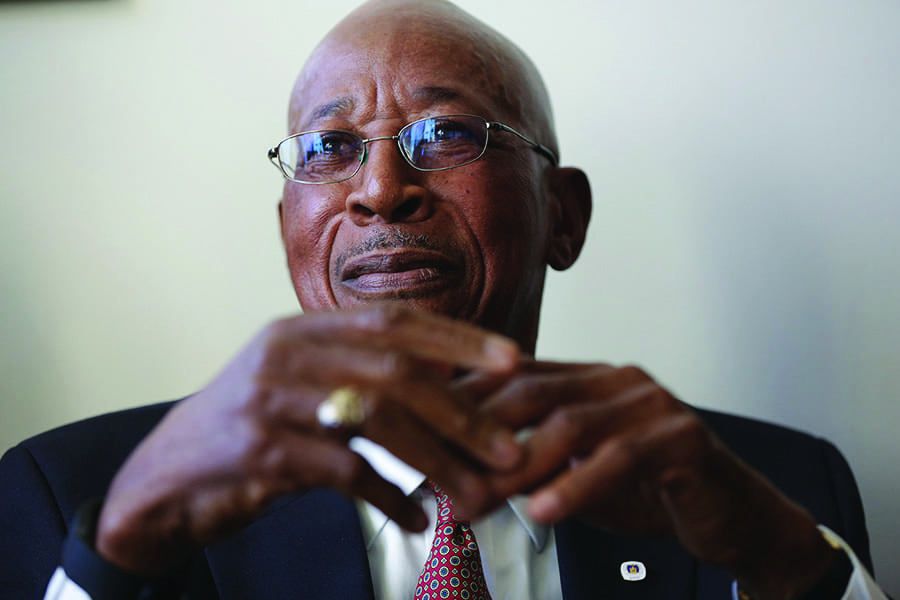 Roger Pulliam, a champion of equity and inclusion at the University of Wisconsin-Whitewater who devoted his life to opening the doors of education for everyone, has died at the age of 77.

He passed away on Feb. 12, in Wisconsin, according to his family. Memorial services details were not available at when the magazine went to press.

“It is impossible to quantify Roger Pulliam’s impact, not only on our campus, but on higher education across the United States,” said Chancellor Dwight C. Watson. “Generations of students benefitted from the groundbreaking work of this selfless and kind man who — during his tenure at UW-Whitewater — was the heart and soul of our diversity and inclusion efforts. Our thoughts are with his family and the many alumni and colleagues who were fortunate to have learned from and worked with him. Dr. Pulliam was a man of integrity who lived and exemplified the values of the Warhawk family.”

As a boy growing up in Gary, Indiana, Pulliam was hungry for education. He became the first person in his family to graduate from high school, and followed that milestone with another, becoming a first-generation college student.

At Western Michigan University, Pulliam earned B.S. and M.S. degrees in education. He went on to earn a Ph.D. in education at the University of Michigan.

Pulliam’s passion for learning blossomed into a nearly 60-year career in education in which he showed an unrelenting devotion to representing, including, and advocating for diverse students and educators and promoting the success of his students and community.

As an administrator at Western Michigan University, he established the Martin Luther King Program in 1968 with the sponsorship of the W.K. Kellogg Foundation. He later joined the faculty at the UW-Whitewater, where he worked in various roles from 1989 to 2018.

During his tenure, he served as assistant vice chancellor of academic support services, director of advancement and, most recently, interim chief diversity officer.

Pulliam won state and federal funding to enhance the achievement of first-generation, low-income and multicultural students at UW-Whitewater. He also succeeded in helping hundreds of students participate in travel-study experiences. These efforts extended to his work as a founding member in 1998 of the Office of National Black Student Union, fostering numerous co-curricular experiences for students.

“I knew that regardless of the high school they attended, if students came to UW-Whitewater, we had the resources and the determination to get the best out of them,” he said in a 2019 interview.

Alumni spanning several decades credit Pulliam as their guiding light and hero — compelling them not just to complete an undergraduate degree, but to seek advanced degrees. Many of his students have gone on to make tremendous contributions to the State of Wisconsin and the country at large.

He inspired students and alumni — especially those from diverse and first-generation backgrounds — to contribute to the growth and success of the university. The Pulliam-Dunlap Scholarship at UW-Whitewater includes the name of the aunt who raised him and his eight brothers and sisters.

UW-Whitewater recognized Pulliam’s career and contributions with the S.A. White Award in 2013. He also served as commencement speaker for Winter Commencement in 2015.