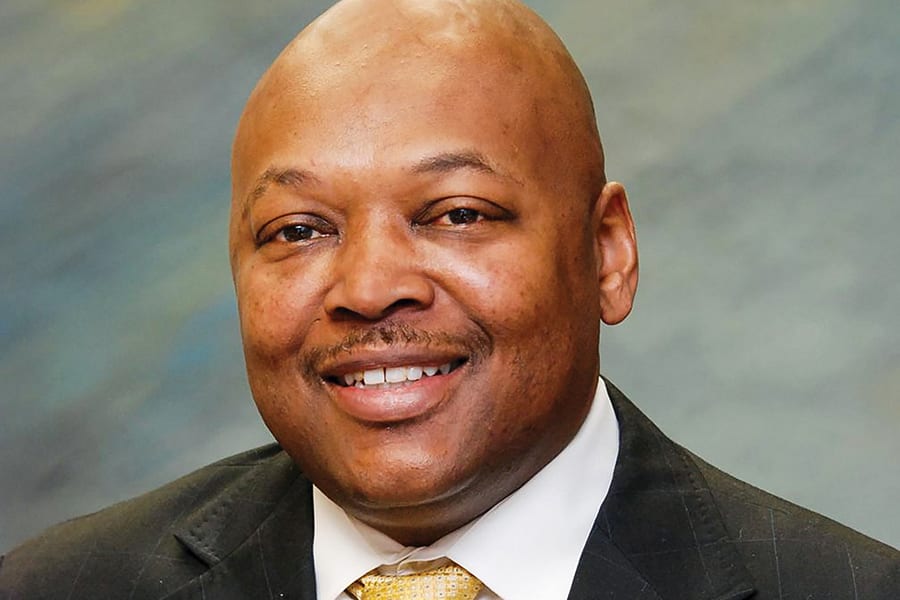 He is Bringing Real Experience, Real Talk and Real Action

This is what Madison’s new superintendent faces. Add to that, he is breaking the color barrier as Madison Metropolitan School Districts’ first African American to oversee all aspects of public education in the city.

Dr. Carlton D. Jenkins, at 54, has more than 30 years of effective experience in fostering the minds of a future generation. Surrounded by a Chiefs of Schools team whose skills and compassion emanate a league of superheroes, Jenkins is stepping up to accept the challenges.

“I’m encouraged,” Jenkins said. ”I’m inspired. I’m ready to go to work. There is no honeymoon period. We’ve been waiting too long. It’s time for us to be at the table.”

This summer Jenkins wrapped up his tenure at Robbinsdale Area Schools in Minnesota, where he served as the superintendent for five years, following an unanimous decision by school board members to bring him on board.  A whirlwind of press interviews, community meetings and virtual welcome engagements, followed as he started his new position on Aug. 4.

Jenkins, a University of Wisconsin-Madison graduate and former MMSD associate principal, returns to Madison inspired to make a difference, especially to the youth who look like him. He has also served as chief academic officer for the Atlanta Public School System in Georgia and superintendent of Saginaw Public Schools in Saginaw, Michigan.

“When I started here some decades ago, the staff had always stood up and did what was right for the children,” said Jenkins recalls, who earned a Ph.D. in Educational Administration from the University of Wisconsin-Madison. “Many of my life lessons and many of my professional lessons come right out of Madison, Wisconsin, especially in their approach to all children matter. … This has been a place where the American ideal can live out.”

Jenkins credits his successful return “home” to his transition team, which includes his wife, Lisa, who is a native of Biloxi, Mississippi; their daughter Jasmine Jenkins; and their grandson, Bronz.

With more than 115 people in attendance via Zoom, the family expressed their delight in rejoining the community. Jenkins, beaming with pride, tried to hold his bouncing 9-month-old grandchild still on his lap long enough for viewers to see his precious smile.

Meanwhile, community leaders congratulated Jenkins on his historic accomplishment, while offering support and caution for what lies ahead.

“It was socially acceptable for white children to have blackfaces, paint their faces black, during homecoming,” Dr. Carlton Jenkins said of his schooling experience in Phenix City, Alabama. “That created in me the yearning to create an environment that was better for all children so they would not feel and experience what I did in high school.”

“We’re here today to tell you that we stand with you,” said Dr. Ruben L. Anthony Jr., president and CEO of the Urban League. “Failure’s not an option. We’re going to be with you from day one. I would encourage you to take full advantage of all the resources that we have in the community. Nobody is expecting you to come here and do it by yourself. We all stand ready to help you make it happen.”

Ray Allen, a three-term member of the Madison School Board and former publisher and owner of The Madison Times, discussed the real history of Madison’s integration efforts, adding talks today about equity need to turn into a measurable and effective reality.

“I came to Madison up under racial politics,” Jenkins said. “I was an assistant principal at Madison Memorial. But my first term, if you go back and look at the archives, I was listed as an intern … so the people could get used to me. So, this isn’t my first rodeo.

Community leaders concurred, pointing out Jenkins’ educational pedigree. Despite that, Jenkins still has an unfair, added pressure no other MMSD superintendent before has had  ̶  having his race judged on his overall performance.

“We’re at a point where we needed you in this job,” said Kaleem Caire, founder and CEO of One City Schools. “Some of us have been careful in our discussions about you because we don’t want people to see you as just a Black superintendent. You’ve got a deep resume. And your resume, in some ways, started right here in Madison. There’s a whole lot that you bring to the table and we want to honor you and celebrate you as you come on board.”

Resilience in His DNA

Jenkins said he accepted the job asMMSD superintendent, not to make history, but to make real change for all children in a society rooted in systematic racism.

Raised in the Deep South in Phenix City, Alabama, Jenkins said he was one of just a handful of families being raised by their father and mother. The family of five boys and two girls began life in the projects before moving to a middle-class neighborhood, where expectations of Black and white students were vastly different and athletic prowess was rewarded over academic greatness.

“I remember wanting to move back to the projects because that’s where I felt accepted … where I belong…,” Jenkins recalled.

His parents encouraged and guided him, emphasizing that he could reach for the stars and catch one if he worked hard for it.

High school changed him. Jenkins attended high school where having a homecoming mascot in blackface was part of the norm and the “most popular” and most likely to succeed” graduates were separated by race in the yearbook.

“It was socially acceptable for white children to have blackfaces, paint their faces black, during homecoming,” Jenkins said. “That created in me the yearning to create an environment that was better for all children so they would not feel and experience what I did in high school.

“I had some good times in high school … but that still burns me inside,” he added.

A need to make the world a better place, Jenkins said he initially sought out becoming an attorney, until he took a class where he said he discussed how “the power of education and you can change the world.”

“I’ve lived being Black for 54 years,” Jenkins said. “With that comes a whole other level of expectations that others don’t realize you have. It’s not self-imposed. It’s the institutional racism that persists from the completion of the constitution.”

It Takes A Village

The 2020-21 school year will be unprecedented. There’s no signs of slowing the number of COVID-19 deaths slowing down. The district is making sure Google Chromebooks are in students’ homes. And those who need social services and meals, even while isolated at home for public safety reasons, will receive assistance as well.

Jenkins’ razor-sharp focus is on the students. His mission is to leave no child behind. He wants them to feel valued, safe and ready live the best versions of themselves when they graduate. This includes children of color and the vulnerable student population.

Grades will be handed out this year. And attendance will be kept.

Next up: Turning around low reading outcomes for Black children, where only 9% have scored proficient on a state assessment.

Other priorities include ensuring that children are active in a high-quality learning environment; that their social and emotional needs are recognized and met; and openly welcome conversations about race and equality.

“We also have to focus in on how our students are socially and emotionally dealing with the social unrest, because when you think about what actually happened  ̶  the lynching, the murder of Mr. Floyd  ̶  when you think about it historically, this pandemic (of racism) started before COVID-19.”

This can be achieved though community’s “collective wisdom” and partnerships, along with having district transparency with parents, according to Jenkins.

“Every child  ̶  regardless of their ethnicity, language of origin, sexual orientation  ̶  should have the right to come to our school district and feel like they belong, feel like we care for them, have high expectations and be able to lead,” Jenkins said. 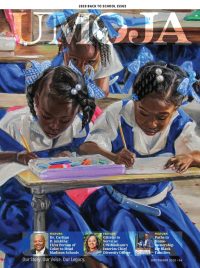