by Article is written by Andre M. Perry and courtesy of The Metropolitan Policy Program at Brookings | Nov 14, 2019 | Feature | 0 comments 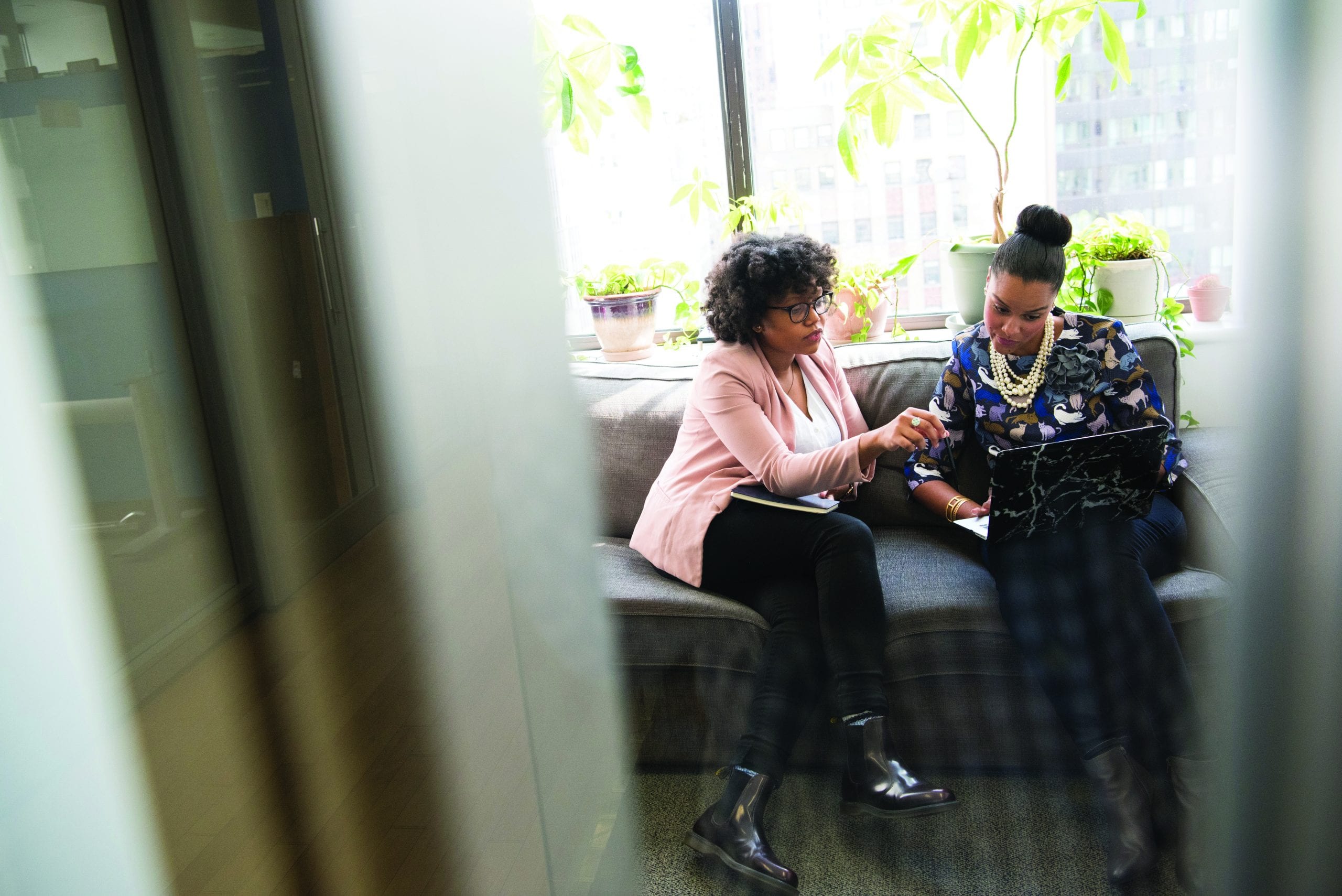 Voters elected five new Black women to the House of Representatives in the 2018 midterm elections, contributing to the most diverse Congress in its history. Before the election, there were 19 Black women serving in Congress as well as two non-voting delegates. After January’s swearing in ceremony there are now 23 Black women in Congress — 22 of whom are now serving in the House. One incumbent — GOP Representative Mia Love of Utah — lost her bid for reelection.

Fueled by their high voter turnout across the country, Black women, who voted overwhelmingly for Democrats (90 percent), increased their share in Congress from 4 to 5 percent and helped the Democrats regain control of the House. Voters of all races cast ballots at higher rates than in previous midterms nationally, but the Black voting share among all voters — 12 percent — nearly reached the previous all-time high for a primary at 13 percent in 2014, according to ABC News. Black women’s votes are particularly important given that there are many fewer eligible male voters in many districts throughout the country. But assessments that Black women turned out for Democrats in service of the party would emphatically miss the mark. They turned out to advance their own agenda that many others can rally behind.

“Those young people are demanding and expecting more from me. And I owe it to them,” said freshman representative Ayanna Pressley (D-Mass.) at a private donor meeting in December as reported by BuzzFeed News. Pressley said, “I ran to fight for the ignored, the left out, and the left behind.” Black elected women have a mandate to the diverse voters who put them in office to push an agenda, which happens to resonate with the social, economic, and political realities that Black women face.

Looking ahead to 2020, Black women should build upon the lessons learned from 2018 elections. Findings from the 2018 American Values Survey (AVS) conducted by the nonprofit, nonpartisan research organization the Public Religion Research Institute (PRRI) as well as the 2018 report Analysis of Black women’s electoral strength in an era of fractured politics authored by the Brookings Institution and Higher Heights Leadership Fund offer a roadmap.

Exploring the attitudinal and political differences within the American electorate, the 2018 American Values Survey (AVS) examines the White House’s agenda, major cultural trends, immigration, and racial justice; as well as how increased diversity among elected officials could impact the country. On the question of what issues are the most important, Black women cited racial inequality first at 29 percent, followed by health care at 21 percent and the growing gap between the rich and poor at 18 percent. The economy ranked as the fourth most important issue at 11 percent; which if combined with the wealth gap, would tie racial inequality as the top issue for Black women.

Stacey Abrams may have lost her high profile bid to become the governor of Georgia, but her campaign helped define an element of racial inequality worth pursuing in 2020: ending voter suppression. The winner of that race, former Georgia Secretary of State Brian Kemp, oversaw an election process that included voting roll purges and strict registration rules known to negatively impact minority voters. Abrams identified these tactics as voter suppression, “warning about right-wing efforts to strategically reduce voter turnout in areas likely to vote blue,” according to The Ringer.

Yet, racial inequality ranked among the least important issues for white men and women (only lesbian, gay, bisexual, and transgender issues were lower). This means that voter suppression isn’t likely to be a fixture on either the Democratic or Republican platform unless Black candidates run on it.

Health care ranked as the second most important issue for Black women (also ranking high among all other racial categories) on the AVS, and the issue was a key feature of freshman Rep. Lauren Underwood’s (D-Ill.) winning strategy. Underwood, who is a registered nurse, is also a former senior adviser on health issues under President Barack Obama.

The December 2018 decision by a federal judge in Texas to strike down all of the Affordable Care Act (ACA), putting millions of enrollees’ coverage in peril, undoubtedly set the stage to debate the future of Obamacare, a stage where Black women are primed to star. Republicans who vowed to dismantle the ACA were put on the defensive in 2018 by GOP party supporters, who demanded that their congresspersons maintain or improve upon existing medical plans. Because of the recent ruling, GOP candidates are facing difficult questions regarding the health care system’s future.

All politicians regardless of party or background tout strategies to create and sustain good-paying jobs. But Black women offer a unique perspective. Earning difference along race and gender lines gives Black women a perspective that can provide a contrast to the narrative that the economy is strong and therefore unassailable. Black women have lower earnings than Black men as well as white men and women.

Across the country, Black women are running for higher office — and winning. Black women ran House campaigns in 21 different states in 2018. The women who won are widely distributed throughout the U.S., which suggests there are divergent routes and offices for aspirants.

As cited in the Brookings-Higher Heights report, between 2017 and 2018, Black women added two mayoral seats within the top 100 largest cities, and they now hold a total of seven of these elected city leadership offices. They’ve also broken demographic trends with these wins. The victories of mayors London Breed of San Francisco and Vi Lyles of Charlotte, N.C.—non-majority-Black cities — forecasted congressional victories in majority-white districts in Connecticut’s 5th District (Jahana Hayes), Georgia’s 6th District (Lucy McBath), and Illinois’ 14th District (Lauren Underwood). A same-race voting bloc is becoming less necessary. However, party affiliation seems to matter. Black female elected officials leaned heavily toward the Democratic Party. Of the 285 Black female incumbents in the dataset, 280 were Democrats and five were Republicans. The party umbrella is seemingly large enough to carry issues pertinent to Black women.

Although Black women are running and winning in more diverse districts, majority-Black cities remain influential loci of Black electoral power for statewide races. Thirty-four states will hold senate races in 2020. Eleven of these states contain at least one majority-Black city (with at least 50,000 residents) where voter turnout could significantly impact the outcomes of those races.

(Editor’s Note: This report was published by the Brookings Metropolitan Policy Program in collaboration with Higher Heights Leadership Fund.) In summary, as investments are made to generate a roadmap for Black women’s electoral success, it should address four main points:

1. Aspirants should and can run on a platform that addresses Black women’s top expressed concerns: racial inequality, health care, and economic justice. These issues appeal to and help define what is seen as a progressive coalition of voters and supporters. Building upon the momentum of Black women’s efforts in the 2018 midterms, a 2020 platform that includes efforts to end voter suppression, strengthen the Affordable Care Act and promote income equality can help guide future Black candidates and those who deem themselves progressive.

2. Political parties should invest in candidates running for office in majority-Black cities within states hosting senate races in 2020, as there is a positive correlation with the concentration of Black residents in a district and Black women’s electoral success.

3. Mayoral victories among the 100 most populated cities, and unexpected wins in congressional districts in which Blacks are not the majority in 2018, show that Black women are viable in different districts with different demographics. Recent and past successes suggest Black women are creating more and different routes to elected office.