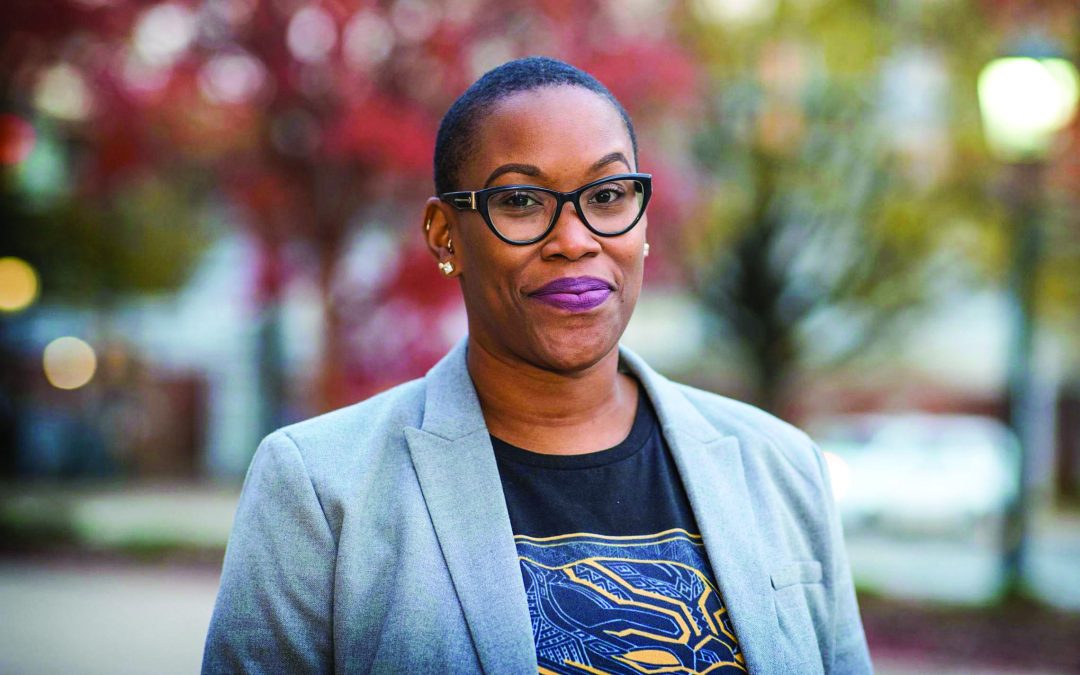 During presidential campaigns, politics is a major topic in African American common spaces such as barbershops, salons, churches, neighborhoods, and now, Black Twitter. Social media can, in many cases, sway Black voters’ decision of who to back on their ballots. This article explains what Black Twitter is.

Meredith Clark was scrolling through her Twitter feed recently when she came across a tweet that made her think back to her childhood in Lexington, Kentucky, and smile.

The tweet linked to a video of an African American woman waving her hands through a running faucet with the caption, “This makes the water heat up faster.”

In that instant, Clark, an assistant professor of media studies at the University of Virginia, felt connected to a group of African American Twitter users – none of whom she knew personally – who were in the midst of a discussion about the video.

“I had seen my mother do that a million times,” Clark said, “and I’ve done it myself.”

Clark said this type of “cultural resonance” is at the heart of “Black Twitter,” a course she has taught for the last three semesters.

Clark, whose interest in the subject of African American social media use has led to a $1.2 million research grant from the Andrew W. Mellon Foundation and is writing a book on “Black Twitter.”

Q. “Black Twitter” is something referred to a lot, but I think there are some people who aren’t 100 percent sure what it really means. Can you define it?

I always explain to people that Black Twitter doesn’t have a gateway, a secret knock. It’s not a separate platform. It’s all in the way that people use the platform to draw attention to issues of concern to black communities.

Q. Did somebody coin the term “Black Twitter”? And when did it start?

A. There are a couple of points of departure for that. The one I take is in 2010: Farhad Manjoo, who was writing for Slate at the time, wrote this article called, “How Black People Use Twitter,” and the response to it on Twitter was fierce and people truncated the headline to “Black Twitter.” That’s where I take it from.

Q. Do you have to be black to be part of “Black Twitter”? It seems like there would be some tricky elements in play there.

I would say the sole exception to that is with [former civil rights activist] Rachel Dolezal. I think that’s where you saw Black Twitter draw a line. They were like, “Uh, no. You are definitely outside of it.” [Note: Dolezal was president of the Spokane, Washington chapter of the NAACP until her parents revealed that Dolezal was a white woman passing as black.]

But it all depends. There are plenty of white folks that I know who tweet along with Black Twitter, who I think could be considered part of the community. But it’s about knowing what the focus of the community conversations are and knowing how and where to position yourself within those conversations. It’s just realizing that blackness is at the center of what’s happening with these interactions and being OK with that. Being more of an observer at times, rather than somebody who’s trying to control the conversation if you’re not black, is really important.

Q. What’s the easiest way for people to see what’s going on with Black Twitter?

A. Sometimes the community is visible through hashtag and trending topics, sometimes it’s not. Sometimes there are just conversations going on that don’t bubble up to the surface where an algorithm can pick up on it.

A. People like Jamilah Lemieux, who was an editor at Ebony.com and worked as communications director for Cynthia Nixon when she was running for governor. People like Vann Newkirk, who is a writer at The Atlantic. People like Genie Lauren, who created a petition to get a book deal from one of the jurors from the George Zimmerman trial dropped. She was just an everyday person doing her thing.

Mikki Kendall created the hashtag “#SolidarityIsForWhiteWomen” and that thrust her into the limelight. Jamie Nesbitt Golden came up with “#FastTailGirls” which was a hashtag to talk about the hyper sexualization of black girls. She’s also done a lot of work around drawing attention to grievances that black women have with [singer] R. Kelly.

A. Yes. I’m on Twitter all the time [smiling]. I tell my students, “If you want an instant answer from me, don’t email me, tweet me.”

Q. What’s an example of something that happens on Black Twitter that just kind of explodes and turns into a foxhole you can’t escape?

A. Jill Scott had a fairly explicit concert performance. Somebody took a snippet of that performance and posted it online late one night. The next day Jill Scott was trending. I like Jill Scott. I think she’s a great singer and I just wanted to know what’s going on. I see the trend, have to click on it and just have to find out what happened. Then you’re reading people’s responses and people have created memes and there are a bunch of jokes. Time gone. (Snapping her fingers).

Q. What’s the focus of your upcoming book on Black Twitter?

A. I’m really interested in positioning Black Twitter as a source of digital counter-narrative for the way that black life in the United States is depicted in mainstream media. There have been numerous studies about problematic framing of black people as being deviant, as being, in some ways, subjugated to dominant culture. Aside from creating outlets for black voices – like Ebony, Essence, the weekly black newspapers – there wasn’t a way for people to contest the narrative in real time.

And that’s what Twitter has allowed so many black communicators to do. To coalesce around an issue, to speak back to depictions and to really offer an alternative way of seeing black lived experiences.