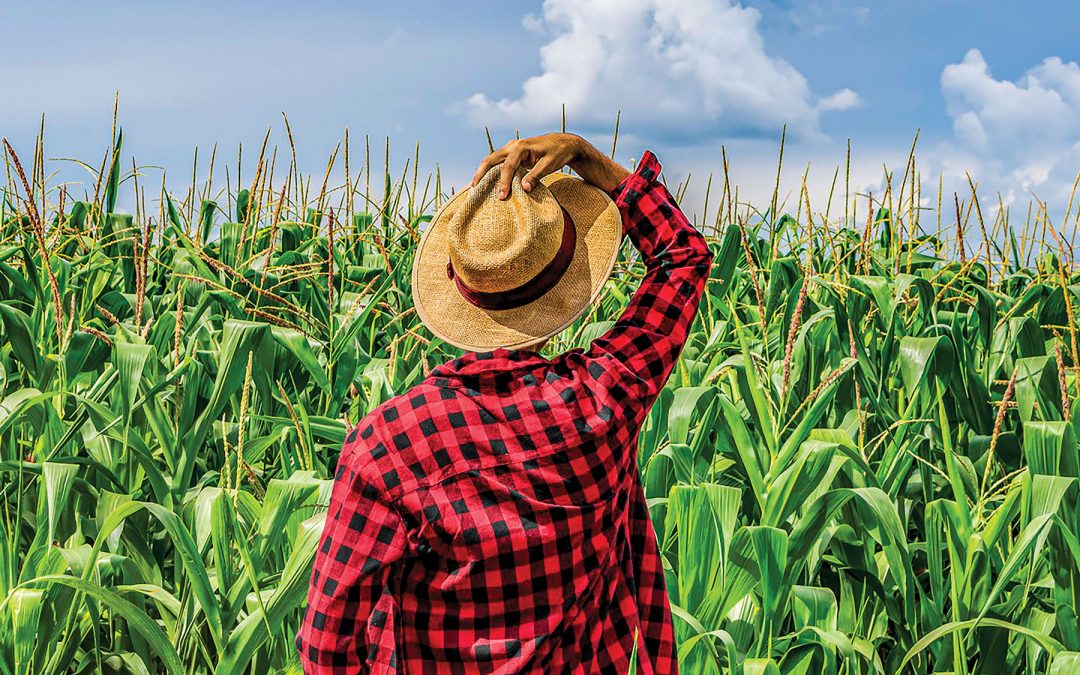 By the turn of the 20th century, emancipated slaves and their descendants had amassed 14 million acres of land. Per capita there were more Black farmers than white farmers. Owning land represents freedom for African American farmers—proof of ownership in this country.

The number of Black farmers in America peaked in 1920 to nearly a million,  generally operating small farms specializing in livestock, cash grains or field crops such as tobacco. But by the turn of the 21st century, 90% of that land was stripped away because of racist policies.

In Wisconsin, there were only 73 Black farmers left in 2017, the USDA found. Black farmers who have managed to hold on to their farms make less than $40,000 annually, compared with over $190,000 by white farmers, likely due to their average acreage being one-quarter that of white counterparts.

Black farmers planting and harvesting crops on their own land are on the edge of disappearing.

Efforts to address past injustices toward Black-operated farms were the subject of a discussion titled “The Future of Black Agriculture and Foodways.” Held in September by Pasture & Plenty, a meal kit service and farm-to-table deli and catering company based in Madison, also explored ways to preserve the history of Black agriculture, ways to raise the next generation of activist-farmers; and initiatives to support food sovereignty for future communities.

One group, called the Enduring Families Project, is devoted to ensuring largely forgotten African American history is taught through venues to spur community conversation. Financially backed by the La Crosse County Historical Society, the Project started out with the dream of two retired Milwaukee public high school teachers, Denise Christy Moss and Rebecca Mormann-Krieger, to create public theater based on the stories of early Black settlers to La Crosse County and Cheyenne Valley.

“It originally started as a project that focused on some of the 19th century African American residents that lived in La Crosse,” Mormann-Krieger recalled. “What started out as four stories with the bus tour in 2018 have bloomed into 11 stories.

People across Wisconsin should know the names of Thomas Shivers and his son, Alga Shivers. The senior Shivers was a former Tennessee slave. After the Civil War, Tennessee moved forward with social equity, but not civil rights. The family tried to make their livelihood there, but found Jim Crow laws difficult to overcome. They made the decision to head north on foot. It took them two years to walk north from Tennessee to Wisconsin. In 1879, they arrived in Cheyenne Valley near the modern town of Hillsboro in Vernon County.

Less than 200 Black people lived in the Dairy State back then. African American settlement in Wisconsin would grow after the Fugitive Slave Law passed in 1850. This Act encouraged northerners to return escaped slaves back to their owners in the South. Escaped slaves and free Blacks in the North were hunted down for the profit of slavecatchers. Since Wisconsin residents disagreed with the Fugitive Slave Act, many African Americans from the South came to Wisconsin to settle, hoping that the state would welcome them as free and equal citizens.

Using money they saved along the way, the family managed to save, the Shivers family bought a plot of land. Soon, Thomas Shivers constructed a large frame house to replace the log cabin originally built on the property. He piped water from a hillside spring to the house and had the first hot and cold indoor plumbing in Cheyenne Valley. He became the largest “negro-owned farmer” in Wisconsin, historians found.

Most noticeable on the Black-operated farm was the round barn that his son, Alga, had designed and built. As time went on, Alga Shivers became widely known in southeastern Wisconsin for his skill in the design and construction of round barns. Most were constructed between 1890 and 1930.

Thomas Shivers lived to be 101 years old. A 1940 census report indicated that Alga Shivers and his brother, Edgar, clocked 75-hours a week working on the farm.

A new generation of Black farmers is returning to the land to exercise their right to Black food sovereignty, which is the right of people to determine their own food and agricultural systems and have healthy and culturally appropriate food. Allies of food sovereignty reject the notion that food is a commodity and support local farmers and food providers instead of large agricultural businesses.

Adrian Lipscombe, founder of the 40 Acres and a Mule Project, heads an initiative to preserve Black foodways, while exploring the importance of preserving Black land and farming. Lipscombe, chef-owner of Uptowne Café & Bakery in La Crosse, couldn’t find Black farmers in her area to support her restaurant. She began digging for answers.  Deeply unsettled by the number of Black farmers forced out of farming by decades of discriminatory practices, she’s on a mission to make a change.

“When census information started coming out, we were seeing less than 3% Black farmers,” Lipscombe said. “Then it jumped down to less than 2%. And as of today, it is like 1.3% of Black farmer across the nation. A large majority of those farmers are over the age of 55.

“I am concerned about where the legacy is going. We need to know where the history is going? Are we capturing the history of Black farmers now that they’re four and five generations deep? And how can we preserve that history,” Lipscombe added.

Learn more about 40 Acres and a Mule Project at https://40acresproject.com/. The Enduring Families Project can be found at https://www.lchshistory.org/enduringfamiliesproject.