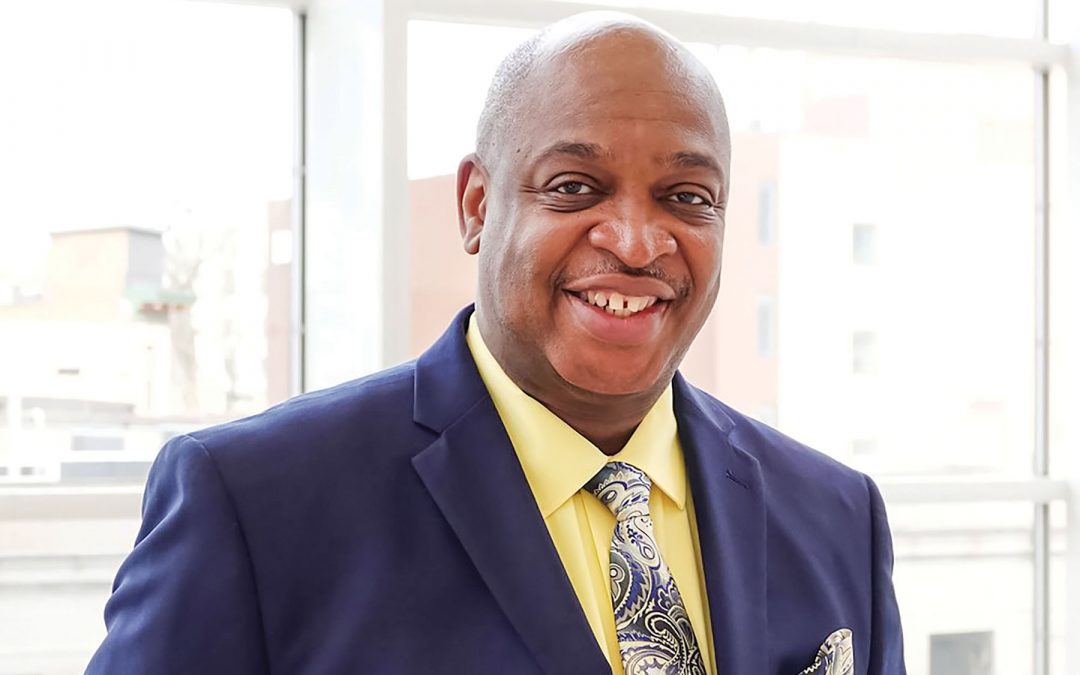 Robert A. Reed wants the Madison Symphony Orchestra (MSO) to be more accessible to the entire community. Almost two months into his new role as executive director, Reed has his sights set on introducing MSO to those who aren’t familiar with the organization.

“This community is very supportive of the arts,” Reed said. “The people who support it are amazing. There’s still people who may not know we even exist. There are people who have been here their whole life and will think ‘that’s not for us,’ and we want to help them understand that yes, you too can enjoy this.”

Reed believes people don’t have to have a background in the arts to enjoy an orchestra concert. People are exposed to music on every level, whether it’s through movie soundtracks, television themes, and even cartoons. Reed said people may not realize these are some of the same things the orchestra plays.

“It’s not that we’re playing music of only people who died 250 years ago,” he said. “We do a lot of different things.”

“It gives me great pleasure to welcome Robert A. Reed to the MSO family,” said Music Director John DeMain said in a MSO press release. “His enormously experienced background and his immediate connection with everyone who was a part of the search process bodes well for an exciting next stage for the orchestra. I look forward to our work together, as we carve out the pathway to our future.”

A Career in the Arts

Reed is originally from Louisville, Kentucky. He’s one of seven children born to parents with a high school education. He believes people can be whoever they want to be. Reed said in the African American community, children are often led to certain things like sports, R&B or rap music, not necessarily classical music. For Reed, he was determined to not let anyone tell him what he was going to be.

“I was never supposed to have a symphonic career,” Reed said. “But through grit and determination you can learn how to develop a plan, how to get where you want to go.”

It’s important for young people to see themselves represented in various careers and roles in the community. And when they don’t see people like them, it can be scary.

“Sometimes you have to develop a thick skin because you’re going to deal with situations of not feeling accepted,” said Reed.

He recalls challenges he faced dealing with the white community, as well as his own community.

“All sides said that I was different — ‘you’re not a Black man because you want to do this,’” Reed recalls. “You have to have that tough skin to say this may not be our normal thing, but it doesn’t mean that I can’t do this.” Reed believes when people see someone else doing something different, it’s proof that it can happen.

Before taking the role at MSO, Reed had only heard of Madison. He recalls meeting someone at an event in Plano who said if she could live in one place for the rest of her life, it would be Madison. Having been here for a month now, Reed understands the sentiment.

“There’s just something special about this place,” Reed said. “It has Midwest values; people are friendly here. It’s becoming more diverse. It can definitely be more in that regard. It’s just a good place to be.”

Reed wants MSO to be what attracts people here. That may require testing boundaries.

“I don’t have a problem with pushing against the norm but doing it in a way that is going to move the organization forward, not in a way to destroy it,” he said.

Reed is looking forward to helping the organization celebrate its 100th anniversary in a few years and “steer it to a safe and happy future.”  The orchestra begins its 2022-2023 season in September.

Having just moved to a new city, Reed has been busy unpacking boxes and settling into his home. He moved to Madison not knowing anyone and is interested in making new connections and finding a church home. Reed plans on getting outdoors, and may even purchase a bike and hit the trails, as well as travel to other parts of the state. Reed is also looking forward to seeing his family in person more often, now that he’s about seven hours from Louisville.

Reed’s advice to people is to be what they want to be and be true to themselves.

“I can testify about that, I was true to me,” he said. “Learn your voice and learn how to be true to that voice.”