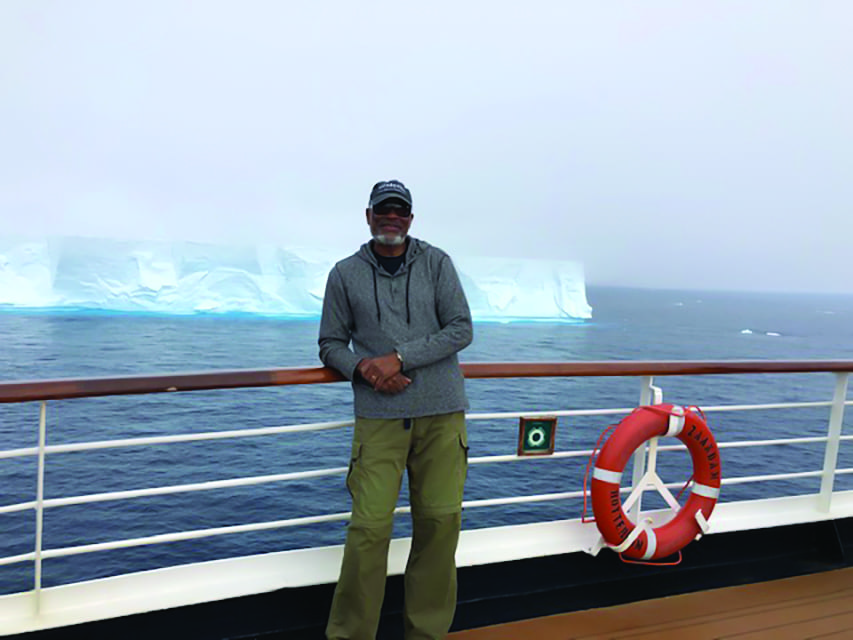 Did you know that Antarctica was once thriving with lush vegetation that would rival Africa? That’s because Antarctica was once adjoined to Africa. As if that was not enough, two hundred million years ago, Australia, New Zealand, South America, even India, along with Africa, were all adjoined to Antarctica as one humongous land mass called Gondwana. At that time, there was also a mega aggregation of contiguous northern continents called Pangaea.

Over the eons, the continental plates pulled away from one another as though the gods were disassembling a Jurassic jigsaw puzzle in uber slow motion. These tectonic plates upon which the continents respectively rest, gradually rotated and churned against one another causing earthquakes, volcanos and mountains, including the transcontinental Andes.

Adding cataclysmic interest to this surreal tale, the mother of all meteors collided with the earth 66 million years ago, with the epicenter of contact being the Yucatan Peninsula of Mexico.  This is the episode that is thought to have eradicated dinosaurs and other very large animals that used to populate the earth during that long-ago era.

Cruising is a de rigueur past time for aging middle-class baby boomers, yours truly included.  Our most recent voyage took my wife and me around the southern tip of South America from Santiago, Chile to Buenos Aires, Argentina, with a mind-bending five-day scenic exploration of the Antarctic Peninsula, some 700 miles south of Tierra Del Fuego. This trip, for me, was a classic case of “you don’t know what you don’t know” –   Antarctica was on my bucket list, but I didn’t realize it until I got there and “experienced” it.

Our Antarctic exposure was richly enhanced by a stream of lectures, videos and narrations by international experts, the ship’s crew, and staff from the U.S. Palmer Scientific Research Station of Antarctica.  These professionals provided the information for this article. Our lecturers on board our cruise ship, Dr. Bryan Storey, a former geology professor at the University of Cantebury in Christchurch New Zealand; Craig Cormick, Antarctic historian and former professor at the University of Canberra in Australia; and Dr. Torre Stockard, formerly a Research Specialist at the Scripps Institution of Oceanography (San Diego, USA), were particularly informative and accessible for follow up questions.  Among many nuggets, they noted that Antarctica, as we know it today, spent the early part of its existence considerably north of the south pole, and it too participated in the terrestrial waltz of geologic plates that are voguing at their current latitudinal and longitudinal coordinates.

The separation of the aforementioned continents created the crevice that literally became the Atlantic Ocean.  And then 35 million years ago, Antarctica finally separated from South America, giving rise to a free-flowing ocean current circling completely around Antarctica and the south pole, impeding the warmer current from the equator, thus precipitating the prolonged cooling off of the Antarctic.

Now, officially known as the coldest, windiest, driest and highest continent, Antarctica is a global sanctuary that is managed in accordance with a 54 nation treaty that, as of this writing, includes the United States.  Seven nations actually claim “ownership” of portions of the continent with Australia laying claim to the biggest chunk, and New Zealand, Chile, Argentina, Britain, Norway and France claiming to own a slither each.  (United States and Russia purportedly had proprietary claims but they both demurred!).  Area wise, Antarctica is the fifth largest continent, larger than Europe and Australia.  The simplest layout is to recognize Eastern Antarctica as three quarters of the surface of the continent with the transcontinental Antarctic Mountain Range demarcating the beginning of the western portion which is much smaller.

The scope and intricacies of the surrounding islands, seas, glaciers and terrain are too much to outline presently.  But it’s all incredibly fascinating, and relevant to the very essence of the earth as we know it today.  One surprising fact is how Antarctica ranks as having the highest average altitude of all the continents.  It’s due in part to below sea level mountains that have accumulated thousands of feet of snow and ice on top of them to give them a soaring net altitude.  The South Pole is actually 9,200-feet above sea level.  And it’s more like 12,000-feet high if you count the 3,000-feet of ice pack between the under-sea surface up to sea level.  Ergo, Houston, we’d have a serious problem if the south polar ice cap really did melt!

One cannot discuss Antarctica without referencing its other-worldly beauty and its unique wildlife.  Antarctica’s scenery is transcendent.  To lay eyes on the vacuous pristine vistas, brilliant blue glaciers appended to stalagmite-looking mountains, and the floating gallery of naturally sculptured ice bergs – all flexing under a celestial light show of undulating fog, clouds and sun, is an experience to which words cannot do justice.  There is a God.  Enough said.

As far as animal life, penguins rule the ice-capped roost.  There are 17 to 19 species of penguins worldwide, but only five species breed on the Antarctic continent: emperor, chinstrap, Adelie, gentoo, and macaroni.  The emperor and king penguins comprise the Royal Group and they are the tallest. Emperors get as high as 4-feet tall and they have the colorful bills and bibs a la Happy Feet.  As if you were wondering, The Adelie, gentoo, and chinstrap penguins are members of the Brush-tailed Group. In addition to penguins, there are multiple varieties of other birds that glide (without flapping their wings hardly at all) over the vast Antarctic land and seascape.

Noteworthy aquatic life dotting the Antarctic shores include seals and whales.  Interestingly, these larger marine life forms feed on krill which are macroscopic in size (2-to-3 inches long) so its fortunate that krill produce in the quadrillions. Krill turns out to be essential to the global oceanic ecosystem.  As plentiful as they are, there is a documented diminution of krill around the globe. So, we all have to stay tuned…

Speaking of ecosystems, while the history of the earth is long and miraculous, the ensuing annals will be interesting indeed, now that humanity has “recently” joined what has been an enduring global ecological soiree. More than stay tuned, it is crucial that we tune in – through research, collaboration and education, so that we can responsibly execute our inescapable role as fiduciaries of this wondrous world that we are privileged to inhabit.