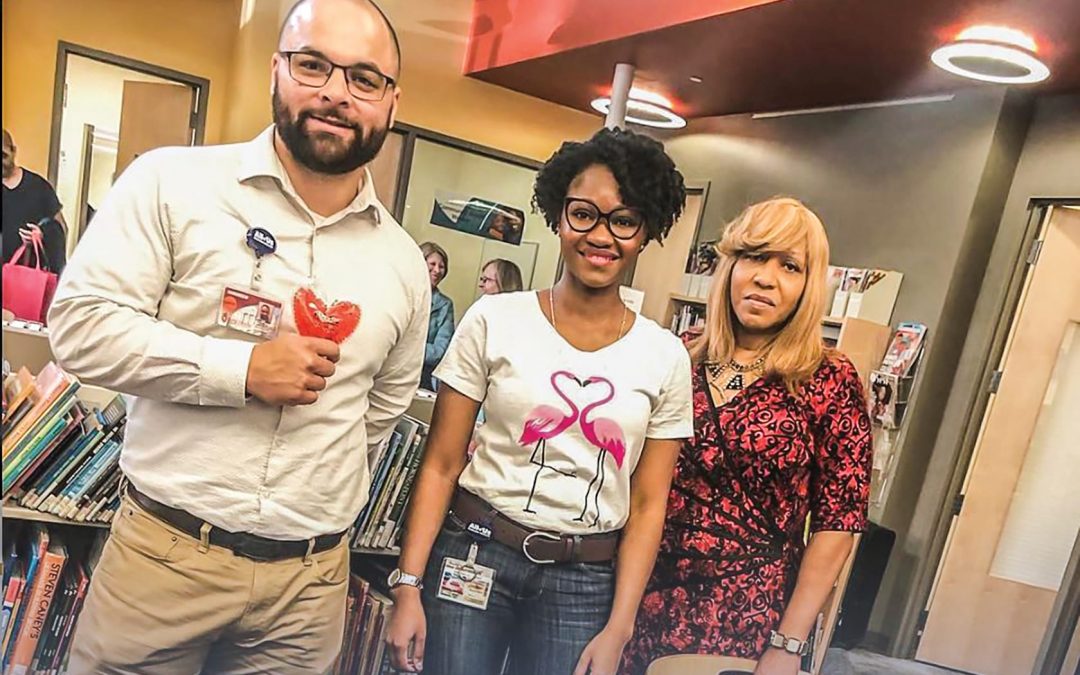 For generations, many African Americans have developed a harsh distrust of the health care system. From medical tests performed on slaves to the ravages of the Tuskegee Experiment, many patients find it difficult to go to the doctor and feel at ease. One University of Wisconsin outreach-community research program hopes that a vial of blood and honest conversation will be the start of the healing process between the two entities, forever changing how health care is administered.

It’s called the All of Us Research Program, which aims to speed up health research and medical breakthroughs. The information gathered could help researchers better understand health differences and improve health for generations to come.

Here’s how. The nationwide initiative is collecting data — such as biospecimens, health questionnaires, and electronic health records — from 1 million volunteers, with 100,000 of them from Wisconsin. This will create a sample size capable of generating studies that account for individual differences in lifestyle, socioeconomic factors, environment, and biologic characteristics. The data repository has the potential to boost precision diagnosis, prevention and treatment.

As audacious and unprecedented as it may sound, the need for people of color to participate in the research is critical. That’s because most of the medicines prescribed or found on pharmacy shelves are designed from research conducted on Caucasian individuals, according to Tyson Jackson, community engagement program manager for Collaborative Center for Health Equity School of Medicine and Public Health at the University of Wisconsin-Madison.

All of Us has set a goal of reaching 40% of participants from underrepresented minority communities. All information gathered from those who enroll and agree to share their health records and DNA remain anonymous, Jackson said.

“We are providing a platform to create medical breakthroughs for communities that are underrepresented and suffering from health disparities,” Jackson said. “If you’re not part of the research, you’re not going to be part of the cure.”

The 10-year effort, which cost $4 billion nationally, is underway in Wisconsin. The state’s research group consists of researchers at UW-Madison, the Marshfield Clinic and the Medical College of Wisconsin. All of Us workers are spotted at festivals, job fairs, conventions, libraries and community centers.

Annie Weatherby-Flowers can trace her roots back to her great-great-great-grandfather, Wilson Weatherby, a “mulatto” who was part of the intraslave passage. What she can’t figure out is how she has Paget’s disease, an autoimmune disease commonly found in white and Japanese males.

“When I first met my rheumatologists, she said ‘looking at you genetically, I thought you were a middle-aged old white woman,’” said Weatherby-Flowers, who turned 60 this year. “Boy was she surprised to see me standing there.”

The doctor informed her about All of Us. Understanding that medicine is not a one-size-fits-all, Weatherby-Flowers and her family got on board with the research effort.

“I want to know why this is happening to my body,” said Weatherby-Flowers, who now serves on the All of Us Advisory Board.  “I want to find medicine that works for us, because some medicines don’t work for African Americans. They can cause more harm than good.”

The now infamous Tuskegee Syphilis study is perhaps the most widely known study exclusive to African American males. It was conducted by the United States Public Health Service from 1932 to 1972, in which researchers withheld treatment from about 400 black men in Macon County, Alabama, in order to study how the disease progressed.

The study continued without treatment, even after penicillin became the standard cure. This study has become to many, a classic and historical case of blatant governmental racism against African Americans and is one major reason why so many mistrust the health-care system, fearing they too will be used as guinea pigs for medical research.

Privacy and security are paramount to the success of All of Us. To advance medicine’s future, those involved in the research are working to win the trust of communities mistreated in the past.

Since participants’ names will not be attached to their data, Weatherby-Flowers and five surviving siblings are all participating in All of Us. She and her brother, Robert Weatherby, hope researchers can find answers, so that future generations can be spared similar genetic disorders.

Madison resident Ulfrica Talley-Pearson walked into the Madison Public Library in the Meadowridge neighborhood with a quick stride and determination on her face. After confirming her identity and filling out the questionnaire, she rolled up her sleeves to have her blood pressure taken and blood drawn.

Weeks earlier, Talley-Pearson visited residents out of town and came back with a chronic cough that triggered a lower back pain.

She went to an urgent care facility when the symptoms didn’t subside after six weeks. Talley-Pearson left with an inhaler and handful of prescriptions. Although she rarely has to go see a doctor, something about this visit didn’t seem right. Talley-Pearson felt not she was rushed and not listened to.

“I don’t have bronchitis so why was I given an inhaler,” Talley said. “It’s just ridiculous. Now, I feel like I have to do my own research as to what is going on with my health and I’m hoping this All of Us research is a start in the right direction.”

Personalized Medicine For All of Us

To learn more, or to sign up for the All of Us research program, go online to allofus.nih.gov or call 888-294-2661. Participants must be 18 years of age and will receive $25 for taking the time to participate.

You will be asked to complete consent forms and a questionnaire, participants will be contacted to set up an appointment to draw blood, provide a urine sample and have blood pressure and height and weight recorded.

All of Us asks, are you ready to be one in a million?