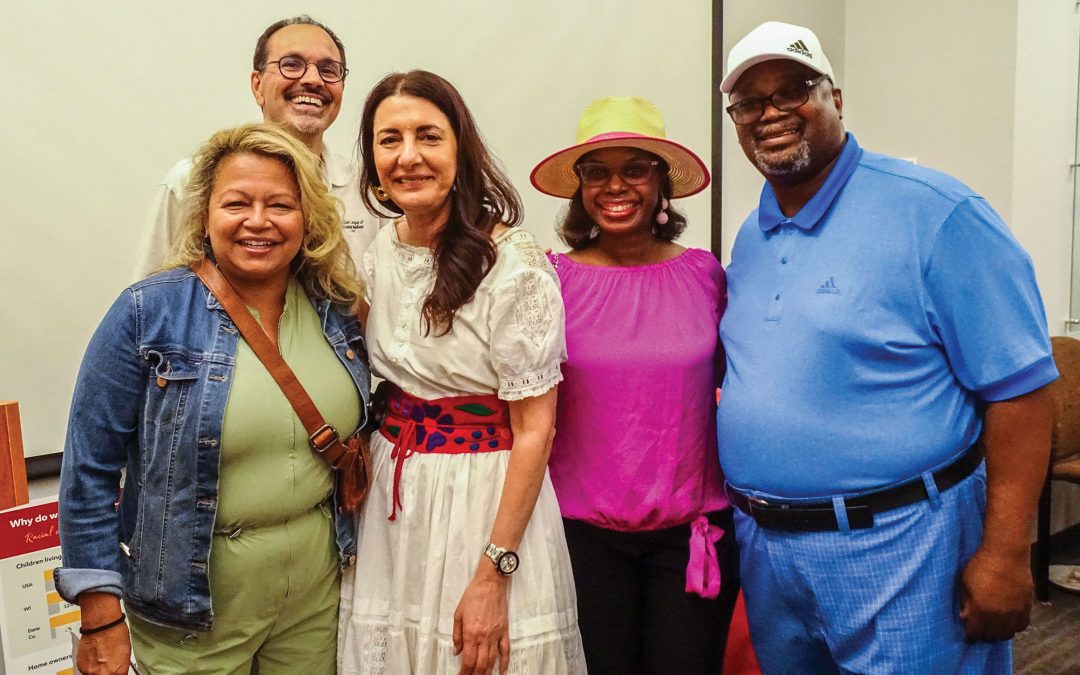 Camaraderie overflowed at this year’s Urban League Unity Picnic. Community members anxious to come out from under the lengthy veil of the COVID-19 pandemic were happy to engage, bond with each other, and cultivate unity.

Held on July 16, for the first time at the Southwest Employment Center — Madison’s first neighborhood-based employment center. Construction is underway of the Urban League’s $25.5 million Black Business Hub. The 81,000 square foot, four-story building, located at the Village on Park, at the corner of South Park Street and Hughes Place, made it impossible to host the Unity Picnic onsite. Typically, this family-friendly, community event is set up in the parking lot next to the Urban League off Park Street.

The day kicked off with a culinary delight fit for royalty. Tender prime rib, pork loin, shrimp skewers, smoked pulled chicken, and mouth-watering grilled salmon dotted the reception table. A rainbow of cheese and crackers, and fresh fruit were on display, as were baskets draped with branches of plump grapes. Champaign flutes were filled with sparkling juice. Madison favorite’s BP Smokehouse and Kipp’s Catering helped prepared the spread.

Those who wanted traditional picnic food, such as hot dogs, burgers, and chips, had their fill, too.

Former Gov. Jim Doyle stopped by, as did several of Madison’s movers and shakers in Madison’s Black community.

“I love to come here,” Doyle said. “I’ve supported the Urban League for years. With their emphasis on really creating wealth in the Black community, developing entrepreneurship, getting people really trained for good paying jobs … It is all critically needed.”

The annual Unity Picnic has become a community staple. The inaugural event began in 2015 as a chance for Madisonians to meet Dr. Ruben Anthony Jr, who was newly hired as the president and CEO to lead the local civil rights organization.