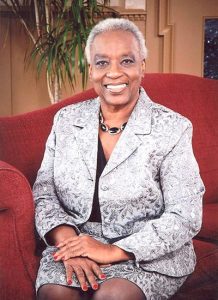 It is not easy for me to publish articles on the n-word, a word that completely disgraces our ancestors. It has been a weighted decision–an emotional roller coaster and intellectual crossroads for me. I am both embarrassed and troubled by the fact that we have to launch a campaign against the n-word in 2006, well into the fourth century of its use.

Embarrassed because the enemy is us. This is a dose of internal poison, ingested in our everyday lives, digested from the irrational beliefs of those who hated us and easily passed on to one another as a form of self-hatred. This word is publicly displayed in our life every single day. Others feel embarrassed, also. One person asked me not to include a specific event in this issue. “I don’t want to be in then-issue,” she said.

Charles Hill, gifted with a rare intellect whom I first met in Italy, tells the story of a Black man who saw his mother being kicked across the street by a white man while calling the son and the mom the n-word. Pained and grieved, the son felt helpless. “It is this sense of helplessness that we give to one another with the n-word, “says Charles. Troubled because it’s as much a part of white life as ours, especially in private conversations. However, there are public displays. The largest search engines in the world show that there are nearly 5 million articles to the n-word on the internet. Most of the references are in the form of sick, sick jokes. The jokes are far too graphic to publish examples in this magazine. A small number of those 5million references provides insight into the history, etymology and glaring examples of how this word has been glorified in commercial products, even one called n-hair manufactured in Milwaukee just a few years back.

The n-word is completely a black and white issue-either it is used in a derogatory manner or it’s academic research. We have chosen to publish a small portion of the latter, beginning on page 34.

I am thoroughly convinced that the nword is tied desperately to our future. If we consciously eliminate its use from our personal lives, we then begin a movement of self-respect that will lead to greater self-worth that will lead us to better value one another that will morph into reversing the gruesome statistics that we are faced with today. Statistics like these: only 41% of Black men graduate from high school. Sixty-nine per cent of Black children cannot read at grade level in the 4th grade. Black men earn 67% of what white men earn. Blacks account for only 12% of the U.S. population, but 44% of all prisoners. One in three Black men between the ages of 20 and 29 is under correctional supervision or control. More than 1.4 million Black men out of a total voting population of 10.5 million have lost their right to vote due to felony convictions. Black people make up only 3.2 of lawyers, 3% of doctors and less than 1% of architects in America.

These are statistics printed by the Black Star Project that sponsored the first Death to the n word funeral (see pages34-38). A large part of our self-concept-and how we view each other- is wrapped up in the n-word. The funeral re-enforced this concept for me, provided these awful statistics and gave me new zeal. Rob DZ, an artistic rapper, said “when you say ‘whasup n-word,’ you limit that person’s potential.” I had not thought about that, Rob. Thanks.

The n-word funeral has such import that articles have been published in the Wisconsin State Journal, USA Today, Boston Herald, St. Louis-Post Dispatch and the Arizona Republic, all of which can be accessed through the internet. You can join the movement, too, by self-pledging never to use the n-word again.